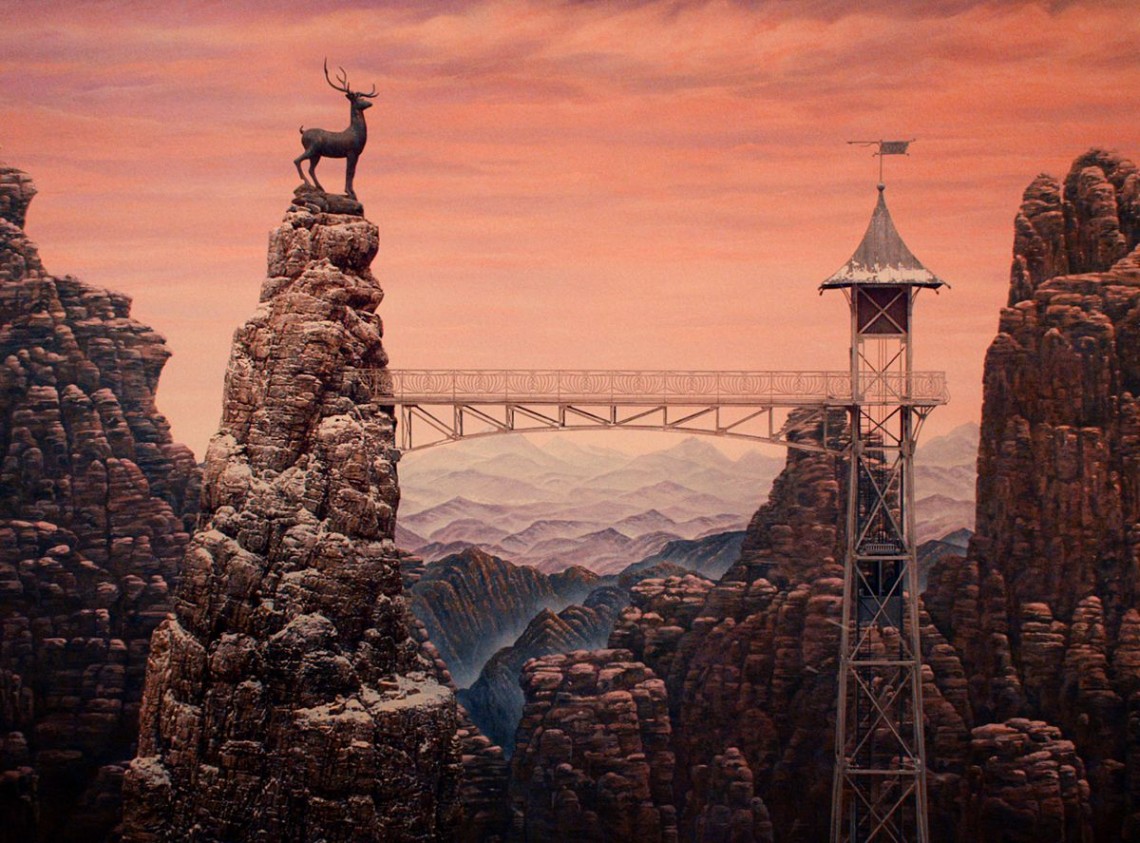 The Grand Budapest Hotel is a movie that covers a lot of ground. Thematically, it is a heist/caper film following a concierge and his assistant as they escape countless dilemmas. One of the things most interesting about The Grand Budapest Hotel is just how many different ways the characters traverse. Wes Anderson is one of those directors who commands even scene of his films and surely every transportation device was planned. There are over twenty unique means of transportation throughout Grand Budapest Hotel, but these are surely six of the most memorable. Just how else are M. Gustave and Zero supposed to escape the clutches of the authorities and Jopling?

This strange looking device called a Funicular is introduced early into the picture when a young writer (Jude Law) is traveling to the Grand Budapest Hotel. Located in the fictional city of Zubrowka, the old hotel could only be accessed by this cable railway. Well at least in this part of the story that actually has Zero Mustsafa (F. Murray Abraham) recalling his past. 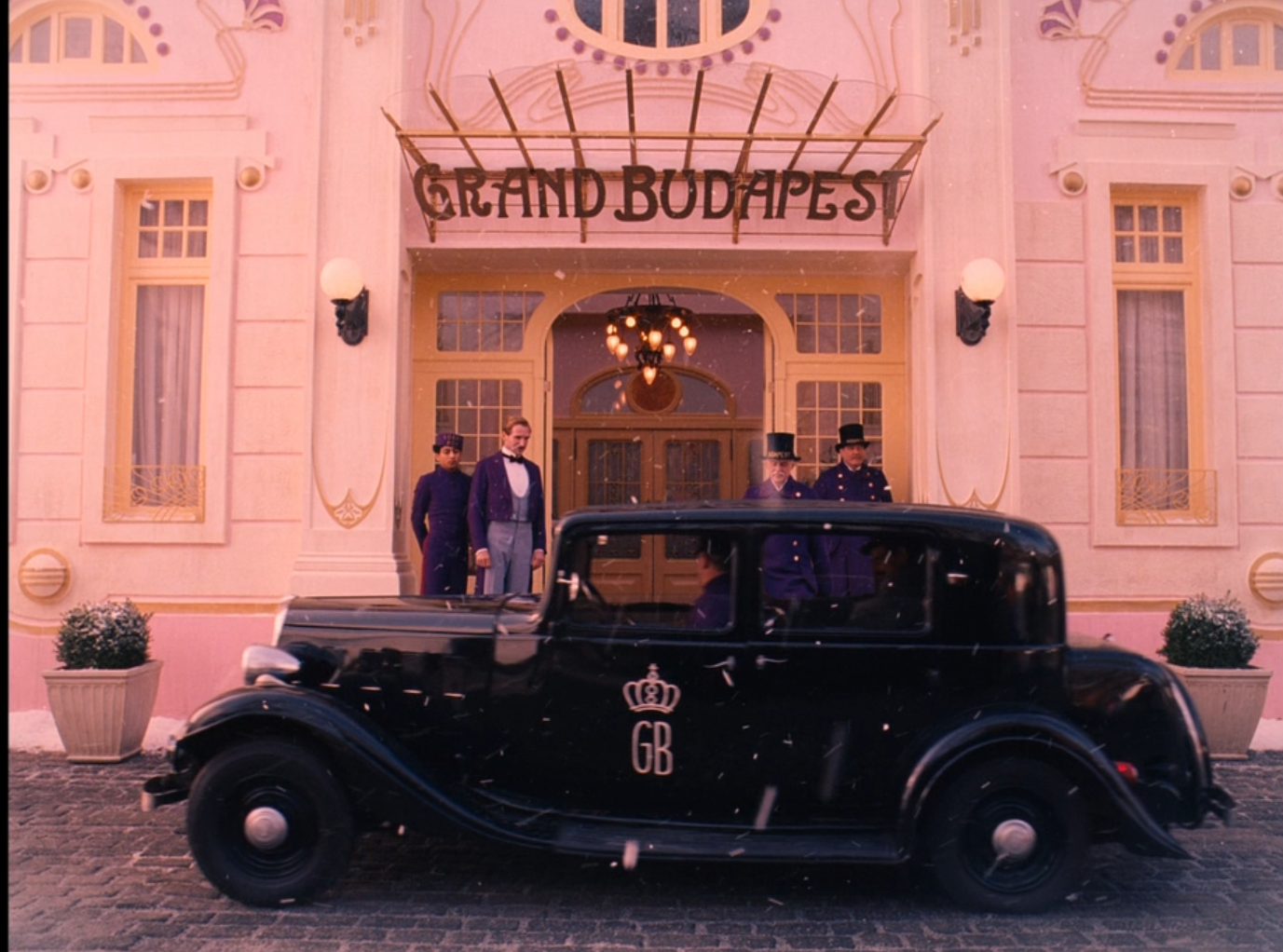 Look, there are plenty of examples of cars being used in The Grand Budapest Hotel or any movie for that matter. What really is unique, is all the different shapes and sizes the cars come in. Early in the film, it seems that Madame D (Tilda Swinton) is in a private car owner by The Grand Budapest Hotel since the insignia is clearly visible. Then in the climax, M. Gustave (Ralph Fiennes) and Zero (Tony Revolori) are driving the tiny Mendel’s bakery truck. The truck doesn’t even seem big enough to carry them never mind the pastries. 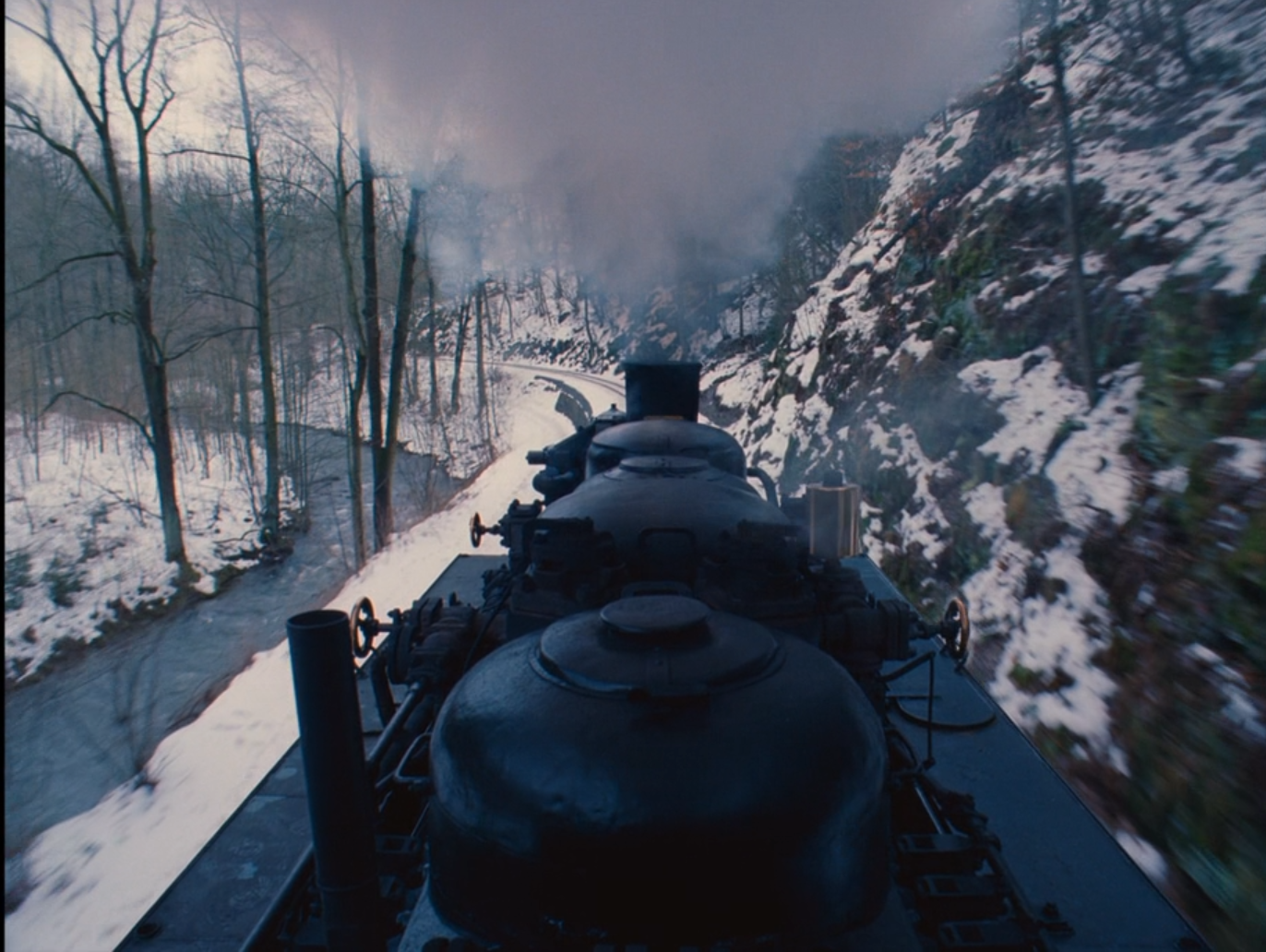 Trains play a major part in the events of the story. Most often it is when M. Gustave and Zero are being apprehended by militant forces. The first time they are visited by Henckels (Edward Norton) who ends up giving them a break. In a very similar situation later in the picture their ride is interrupted again. This time the outcome isn’t as pleasant or forgiving.

Gondolas are generally used to get skiers and snowboarders to the top of mountains. In that case, they are very similar to Funiculars. The usage of Gondolas in The Grand Budapest Hotel comes during a sequence where M. Gustave and Zero are making their was to meet with Serge X (Mathieu Amalric) to discuss who might behind the murder of Madame D. 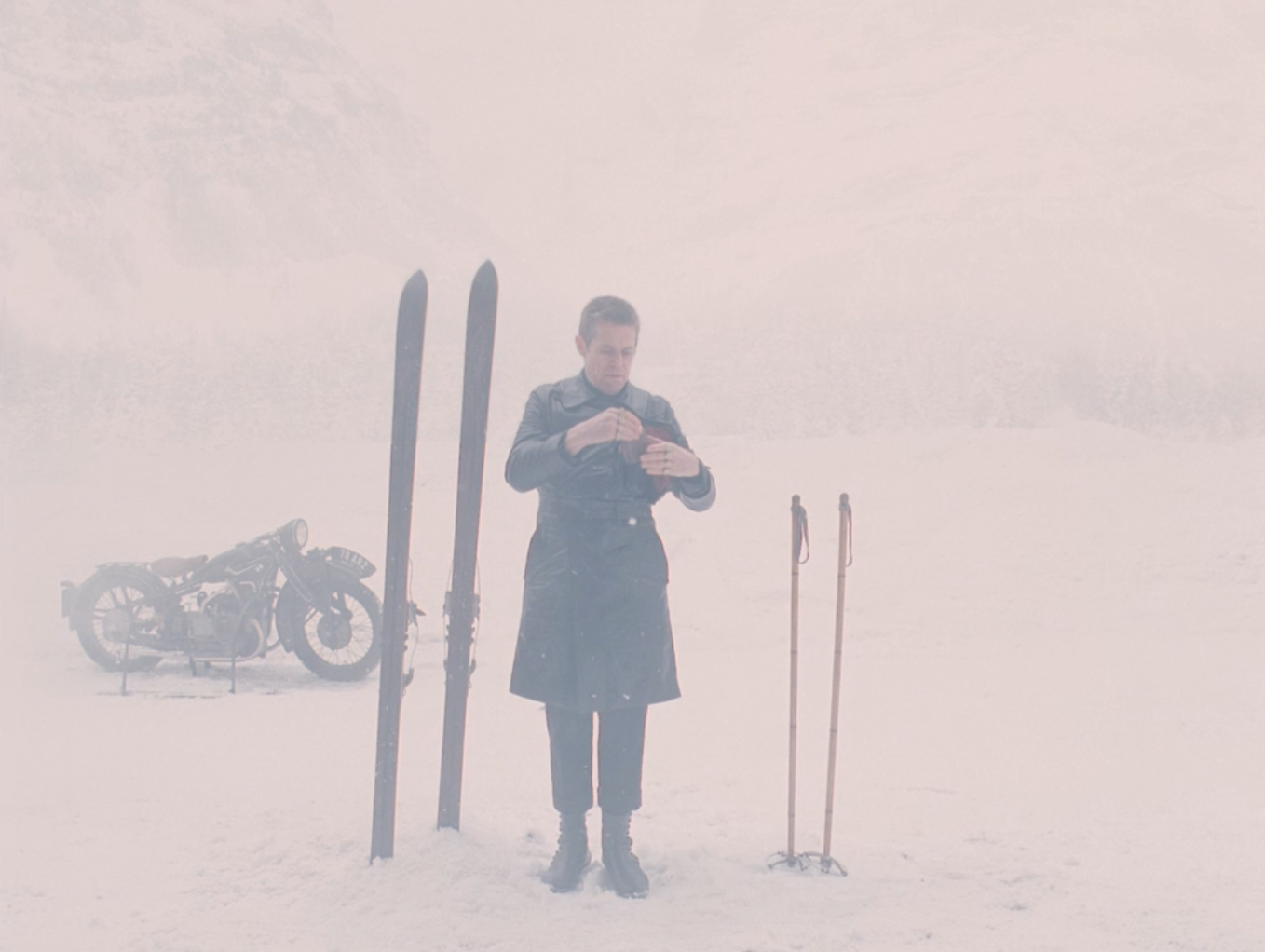 What good is going up a mountain if you can’t have a hilarious sequence coming back down? Jopling (Willem Dafoe) is headed down the mountain on a set of skis, while M. Gustave and Zero are right there with a sled of their own. Of course there are other visual gags such as a take-off ramp that bring the the whole scene together. 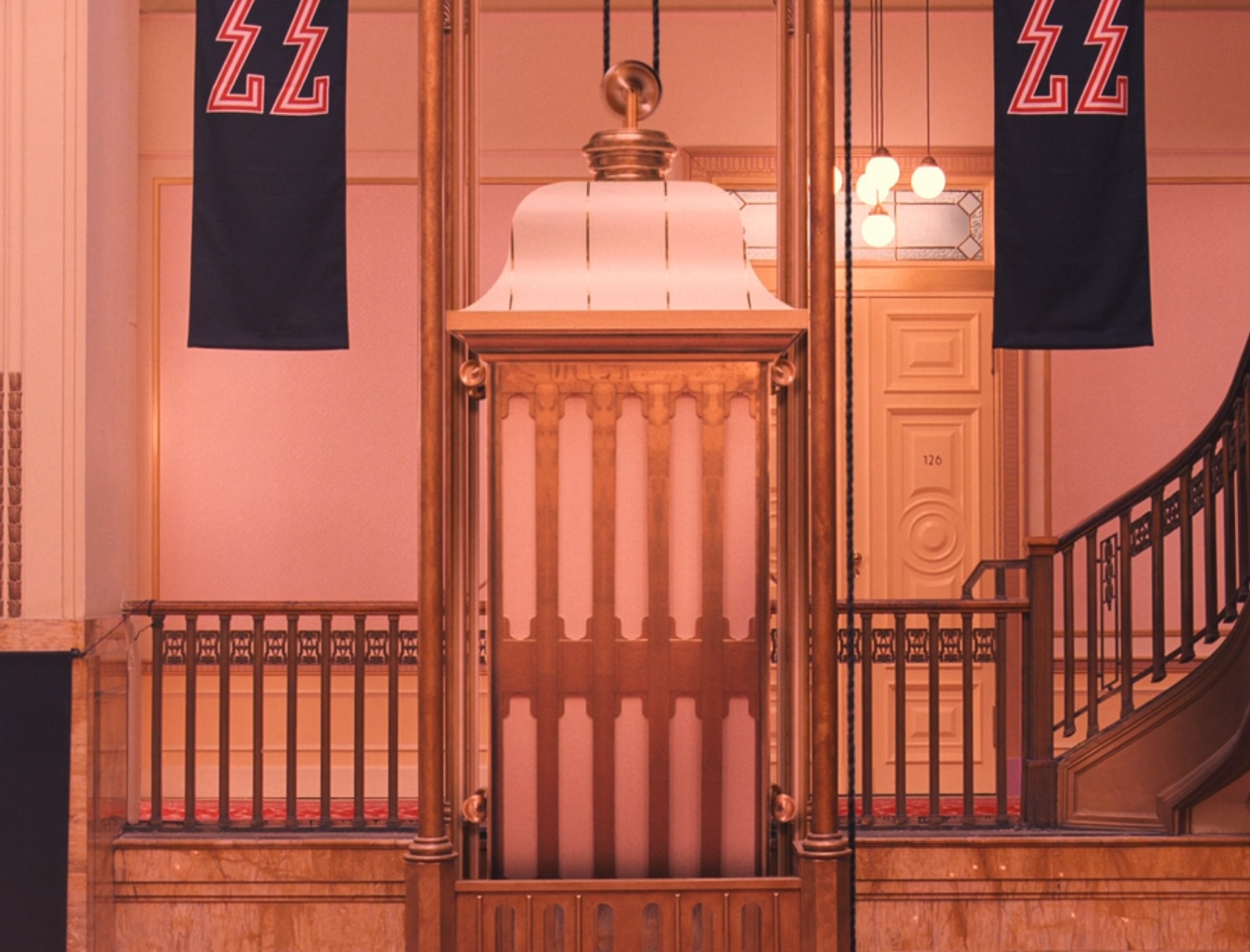 The elevator. So vital to the finale, while being used as a sight gag, also builds anticipation. The elevator in The Grand Budapest Hotel also works as place to explain various plot points as M. Gustave brings Zero into the fold as a proper lobby boy. During the finale, Dmitri (Adrien Brody) and Agatha (Saoirse Ronan) both find the elevator extremely important.