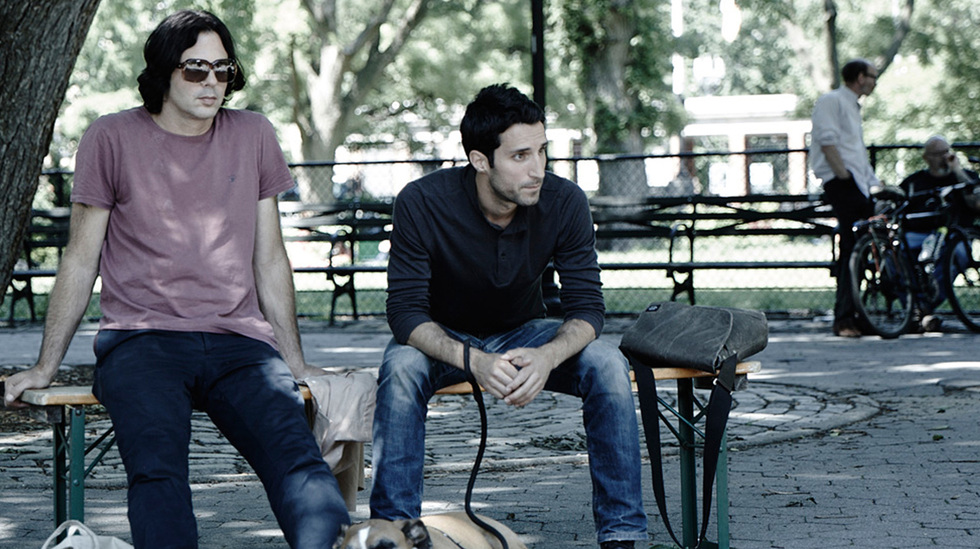 Try to imagine an appropriate scenario in which a woman takes a bath with her brother sitting three feet away from the tub. Not only her brother actually, but her brother’s best friend as well, who has a rather obvious obsession with her. Then throw in a gardener who happily tears off her clothes in front of the two men she just met and hops into the bathtub. This voyeuristic scenario, in which two naked and wet women are gawked at by two men (with two of them being related) is only one of the problems with Loitering with Intent, the first directorial outing from playwright Adam Rapp (that he didn’t write himself).

Screenwriters Michael Godere and Ivan Martin co-star as Dominic and Raphael, two struggling writers and actors living and bartending in New York City. Though the film is not obviously autobiographical, one can’t help wonder if they’re simply playing themselves. The film starts out hilariously enough, with a funny and realistic montage of what life is like for them as they go back and forth between auditions, restaurant jobs, acting gigs and bartending encounters. When they bump into a brassy studio executive friend (Natasha Lyonne in sadly her only five minutes of the movie) they lie and convince her that they’ve got a screenplay that’s just on the verge of being finished. When she asks the duo to get her a polished version in 10 days, they escape to Dominic’s sister’s house in the country to hunker down and get the nonexistent script done.

Naturally, all does not go as planned. There’s something extremely boring about watching people write, so thankfully Dominic’s sister Gigi (Marisa Tomei) shows up to throw a wrench into the mix. Unfortunately Tomei’s character is the kind of eccentric, wild woman with whom everyone falls in love but isn’t allowed any agency of her own. The usually wonderful Sam Rockwell is extremely underused as Tomei’s boyfriend and Isabelle McNally plays a rather sad combo of manic pixie dream girl meets hippie swinger who says wretched things like, “I know all about trouble,” with a glimmer in her eye. The plot then turns into a twisted, relationship drama with an intense overuse of the phrase, “Are we cool?” Loitering with Intent has its humorous moments but sadly its characters fall into predictable stereotypes. Next time, try more Natasha Lyonne? 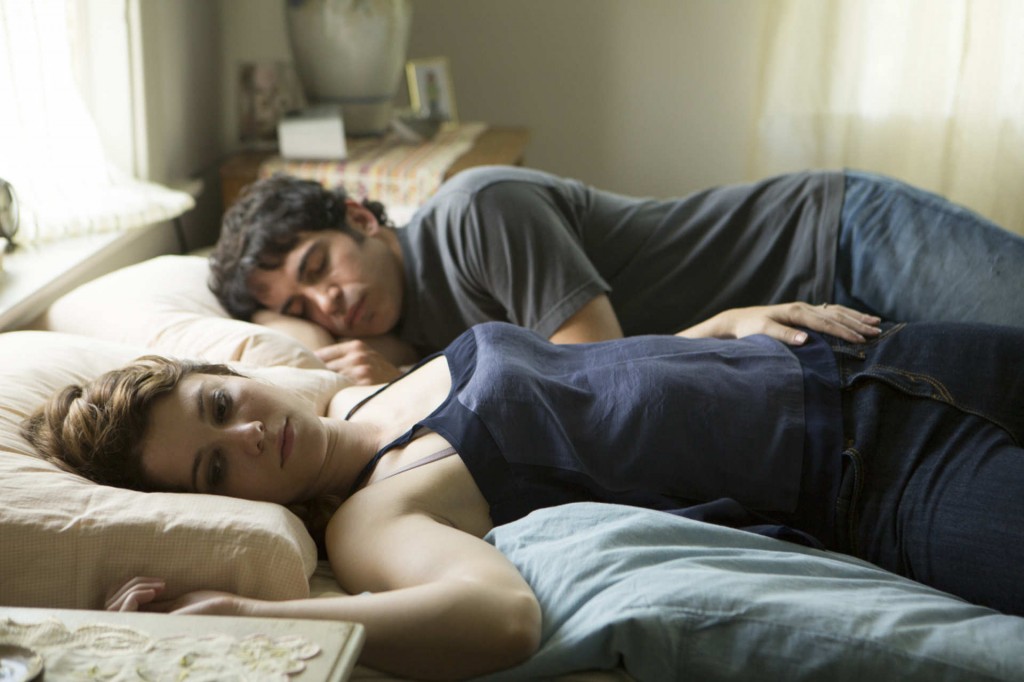 “I’m tired of being the house wife,” says Chris Messina’s character George in his directorial debut Alex of Venice. Now imagine for a moment a woman saying that, then leaving her child and husband behind to go paint. Such a film would no doubt espouse the bravery of the man who would step up to become both the breadwinner and the nurturer. In this film, however, we’re left wondering why George gets to peace out without consequence. But that’s the situation facing Alex (Mary Elizabeth Winstead) in this Venice Beach, California set film. When George decides he’s had enough of taking care of his kid and playing second fiddle to Alex’s environmental lawyer, he takes off, providing no other reason than that he never got around to all of that painting he wanted to do.

What’s lacking in screenwriters Jessica Goldberg, Katie Nehra and Justin Shilton’s script is detail; the audience is left questioning the plot from the get go. Why did George leave? What about the couple has changed? Why does Alex have such a stoic reaction to her husband’s abandonment? Why does she suddenly decide to become the “bad girl” and sleep with her dashing lawsuit opponent (Derek Luke)? It’s curious why this film wants to punish Alex for her career achievements. The arc of the story pulls her down from a place of strong professional accomplishment to what it suggests is her natural happy place of motherhood.

While the script might leave many details behind, the performances slightly make up for the film’s ambiguity. Winstead is both charming and flustered as the titular Alex and when she lets loose we enjoy cheering for her. As mentioned, Messina’s George is such a non-character that the film may as well have started out with Alex being a single mother. Co-Writer Katie Nehra plays Alex’s sister Lily as exactly the kind of wayward, flighty sibling that an overachiever like Alex would have, though thankfully Lilly never plummets into the stereotypical nit wit that so many younger, unattached siblings do in these tiny, personal dramedies. Winstead and Nehra’s sisterly banter make for some of the more funny scenes of the film. But the most wonderful performance of all is that of Don Johnson who plays Alex and Lily’s father facing a possible Alzheimer’s diagnosis. At first what appears to be a stubborn, stoner of an old man quickly turns into an endearing patriarch whose memory loss and acting aspirations make for a heartbreaking yet loving addition to the story.

Messina’s direction is also a plus. Though he doesn’t appear in the film enough (he’s generally a wonderful addition to any project) his director’s touch is definitely evident in some nice framing, color work and the music choices throughout. If only the movie didn’t leave so many unanswered questions.