Warning: do not go see Chef on an empty stomach. If you do, Jon Favreau’s new food infused comedy will make your experience insufferable.

The Favreau written, directed and produced project (which won Tribeca’s Audience Award) centers on a successful chef named Carl Casper who, despite his talent and drive, has been phoning in his cuisine for quite some time. When a prominent food critic (Oliver Platt) pans his dishes, Carl gets sucked into a Twitter war, which leads to a heated public meltdown that goes viral on the Internet. Carl is then subsequently fired and, as a result of his online “fame,” cannot find a new restaurant to take him in. With the emotional and financial support of his ex-wife Inez (Sofia Vergara), Carl embarks on a new food truck venture taking their 11-year-old son Percy (Emjay Anthony), and his former sous-chef (John Leguizamo) along for the ride.

They head out across country, stopping in culinary havens like New Orleans and Austin, Texas to add local flavor and other pop-in characters. Through many a musical cooking montage that induce seriously intense hunger pangs, Carl not only rediscovers his love for the culinary arts, he also learns how to re-connect to his son and pass along his legacy. With all of these dudes cooking in various kitchens, the movie doesn’t come close to passing the Bechdel test, but knowing how men can act in the depths of the culinary world, their antics thankfully steer clear of offensive.

Yet Chef is only half about the artistry of food and one’s love of cooking. The other half examines the power of social media. There are some humorous scenes of Percy instructing his father on how to use and ultimately abuse things like Twiter and Facebook, almost to the point where it turns into a bit of product placement overload. It makes you wonder about how a like as Chef will be viewed in the future. We look back now on rotary phones and record players with warm nostalgia but remember that Romeo and Juliet died because of a miscommunication and the inability for a letter to get from one place to another. How will cinephiles of the future view Chef‘s use of social media platforms like Vine and Twitter to stir up drama, enact revenge or propel the plot of a film forward? Perhaps the sandwiches will be too deliciously distracting to care.

Like Carl’s food at the start of the film, a few of Feavreau’s characters are unfortunately uninspired. Dustin Hoffman has a one-note, demanding anger as the owner of Carl’s restaurant, and Scarlett Johansson brings her typically alluring self to the front of house manager who craves Carl’s food and body equally.  Robert Downey Jr. shows up for a hilarious hot second as Inez’s first ex-husband  to bankroll the endeavor.

Thankfully, despite a few bland characters, Favreau stays away from any annoying comedy tropes and the main quad of actors have well rounded arcs. For one thing, the divorce between his and Vergara’s characters is an amicable one without the usual grating bitterness that surrounds the raising of their child. Rather than acting out of spite, the duo is supportive and forgiving of one another’s faults. This is honestly the most subdued that Vergara has ever been. Rather than the stereotypical screaming Latina that she plays on Modern Family, here she sets aside her sitcom chops to create a character that’s a bit more real. There’s also a point in the finale where prior parent-child buddy film happenings lead the viewer to believe that Carl will chose one route over the other, but thankfully Favreau doesn’t let his character fall into the expectation pit. The result is a funny, lighthearted movie that leaves you satisfied, if craving a bit more for those background folks. 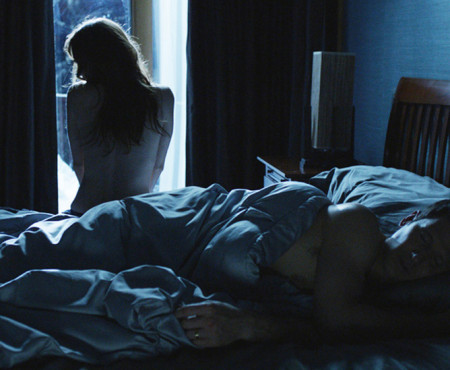