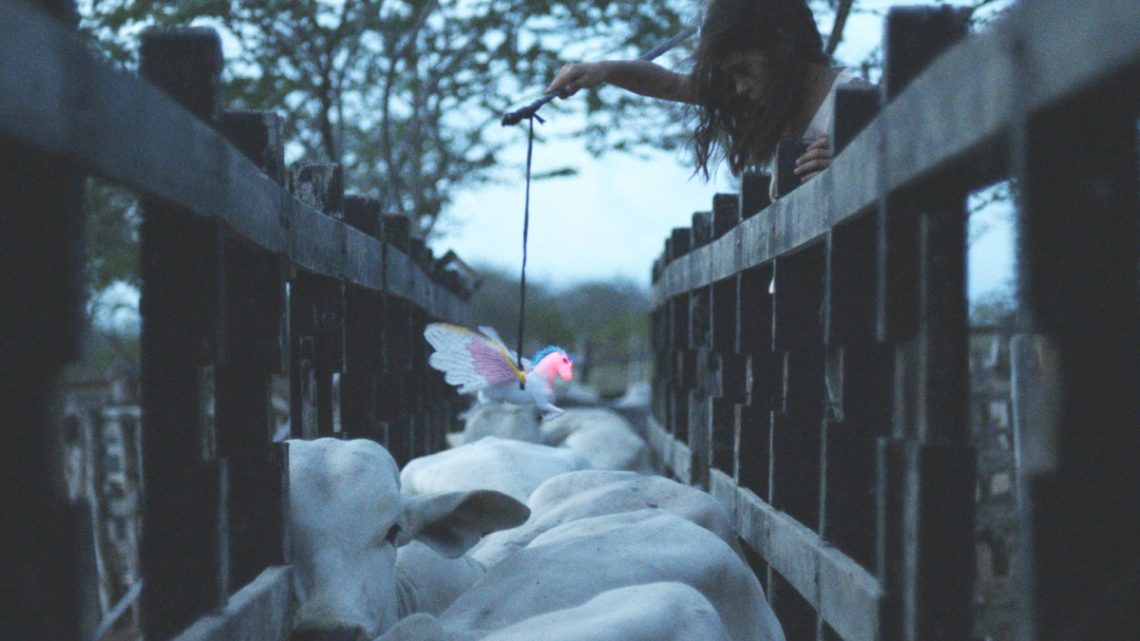 In Cluj-Napoca, the second most-populated city in Romania, the Transilvania International Film Festival celebrated its 15th edition this year with a record 250 films, most of which were screened for the first time in the country after having already been released elsewhere. It is difficult to screen world premieres: most of the films from the competition were already screened in bigger festivals, and some are already in the middle or at the end of their festival circuit, like Tikkun (Locarno), Sparrows (San Sebastian), Dogs (Cannes), Tanna (Venice) and Shelley (Berlin). Nevertheless, Transilvania has the virtues of a top selection and some Romanian premieres. While the winning prizes went to three of those aforementioned films (Dogs the top prize, Tikkun for best directing, and Sparrows the Special Jury Award), and while sections like Supernova consisted mostly of films like Right Now, Wrong Then, Carol, and Anomalisa that have already been widely seen and discussed elsewhere, there were plenty other hidden treasures to be discovered.

An intriguing new section introduced this year, “Animal,” featured a slate of movies where animals were protagonists, or movies shot from their perspective and even some in which the presence of a pet has influenced a human being’s life. While the selection brought some narratively conventional titles such as Nicolette Krebitz’s Wild, a thriller that brings out the primitive nature through the fascination for a wolf, and Gabriel Mascaro’s acclaimed Neon Bull, the section offered some more idiosyncratic peeks into (not so) innocent animals’ introspection. 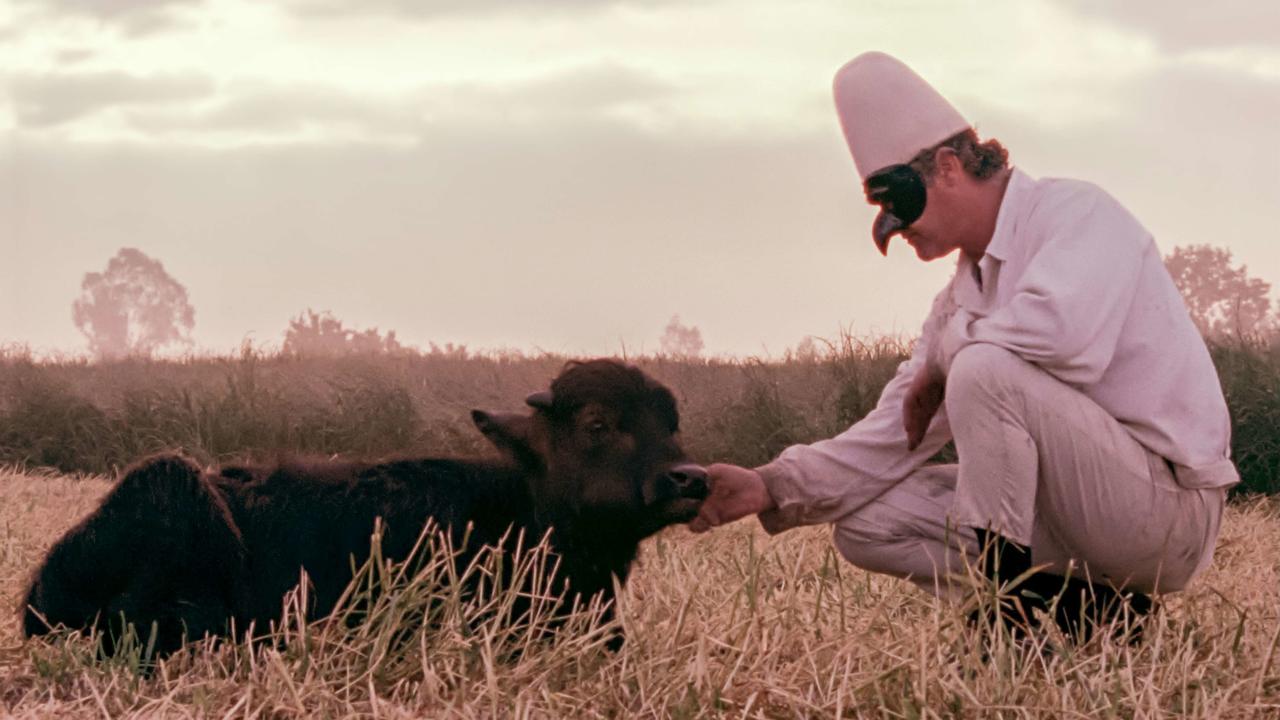 Case in point: Pietro Marcello’s Lost and Beautiful mixes documentary and fiction in telling the story of Tommaso, a kind shepherd who voluntarily took care of both the abandoned castle of Carditello and a stray buffalo that he has found. The film is a journey through the Italian countryside as the buffalo searches for a new owner after Tommaso has died. Initially planned as a documentary about Tommaso until he died during the making of the film, Lost and Beautiful is shot from the buffalo’s warmhearted perspective, offering tender insights into the animal’s feelings as much as social commentary regarding environmental politics. Instead of pushing an agenda, though, Marcello introduces us to a world of magic, where characters such as Pulcinella wander between the living and the dead in order to transmit messages from a parallel world.

In Marcello’s film, no one expresses amazement at the presence of such a mythical character who acts as an intermediate between two worlds, and no one bats an eye when animals speak. This isn’t mere whimsy, however: this natural, untouched world contrasts with archival and news footage showing how violent human intervention can be, with the land Tommaso oversaw being reduced to a rubbish dump by the Camorra (Italian mafia). In this context, there’s genuine profundity when the buffalo-narrator says, “Men have such a ridiculous thinking they are being the only ones to have a soul in this immense universe.” Through the film’s fable-like approach, Lost and Beautiful harshly reminds us of the connection to our origins that we have lost. 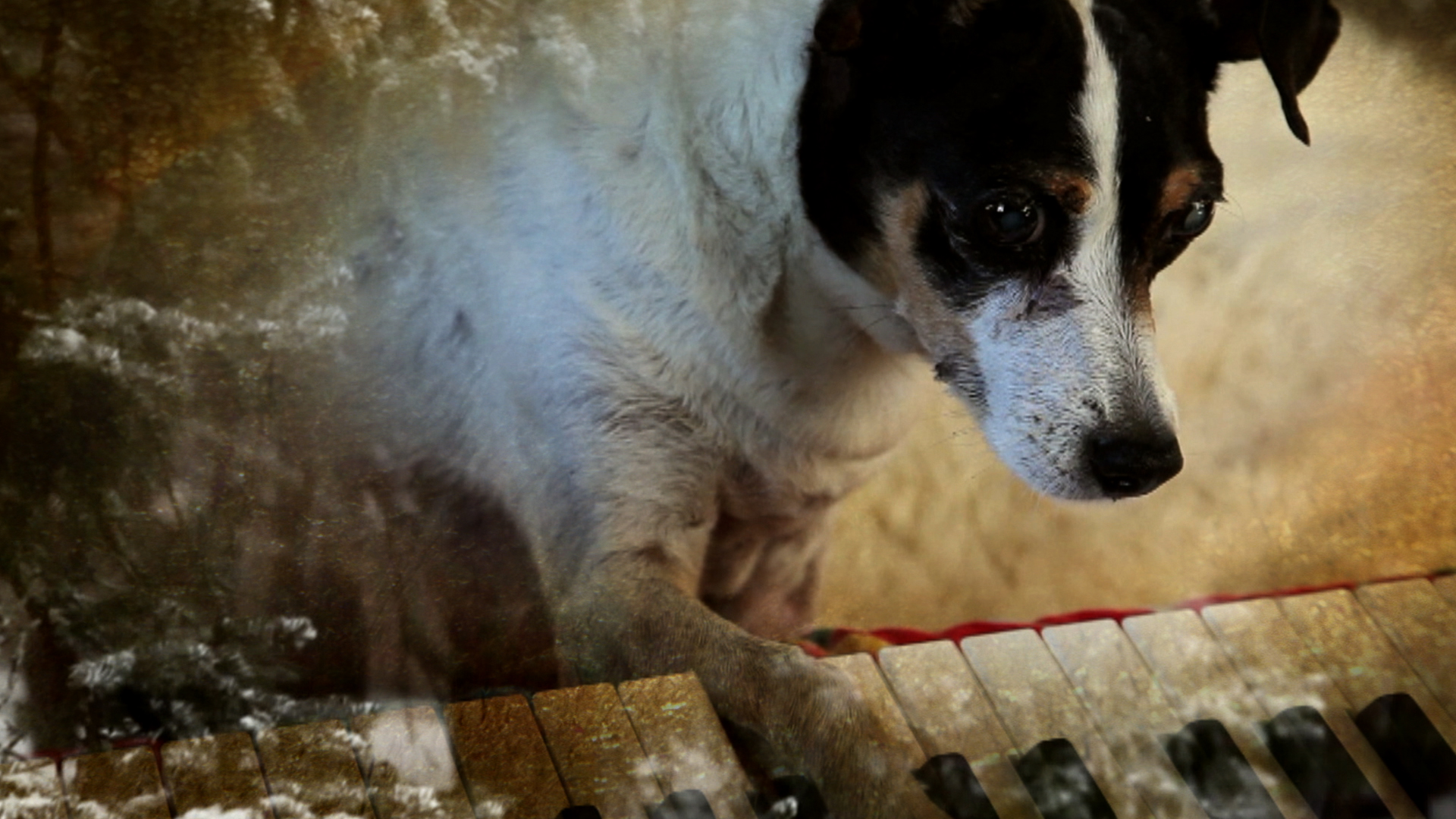 Another highlight of this new section was Laurie Anderson’s Heart of a Dog, in which the musician/performance artist remembers how her rat terrier Lolabelle enriched her life and made her better understand the power of memory and language. More like a home movie, shot by Anderson herself, the feature focuses on a solitary life shared with her pet friend who is humanized to the point that the dog plays the piano, contributes to her installations, and even paints. Without any intention of making fun of people who are crazy about their pets, Anderson uses Lolabelle’s point of view to offer a different perspective on everyday life. In this respect, recent events such as the capture of Osama bin Laden and 9/11 are presented briefly to describe how it is to live in an information era where “a portrait of you is made of data trails.” The artist opens up the discussion about the limits of communication, mentioning Wittgenstein and his theory that the things we cannot talk about don’t exist, in an attempt to explain her limitations through fragmented memories of Lolabelle. More like a film essay, filled with philosophical and literary references, Heart of a Dog is about Anderson’s aching heart in the process of mourning the death of her loved ones, and about rediscovering oneself.

By far the most valuable permanent section of the festival is “No Limit,” which brings the most transgressive films, the ones that provocatively question aesthetic and language boundaries. Transilvania is not known as an experimental film festival, so this section is meant to address the needs of an audience that demands more from the films they see. This year, the most challenging films in the section were coming-of-age stories. 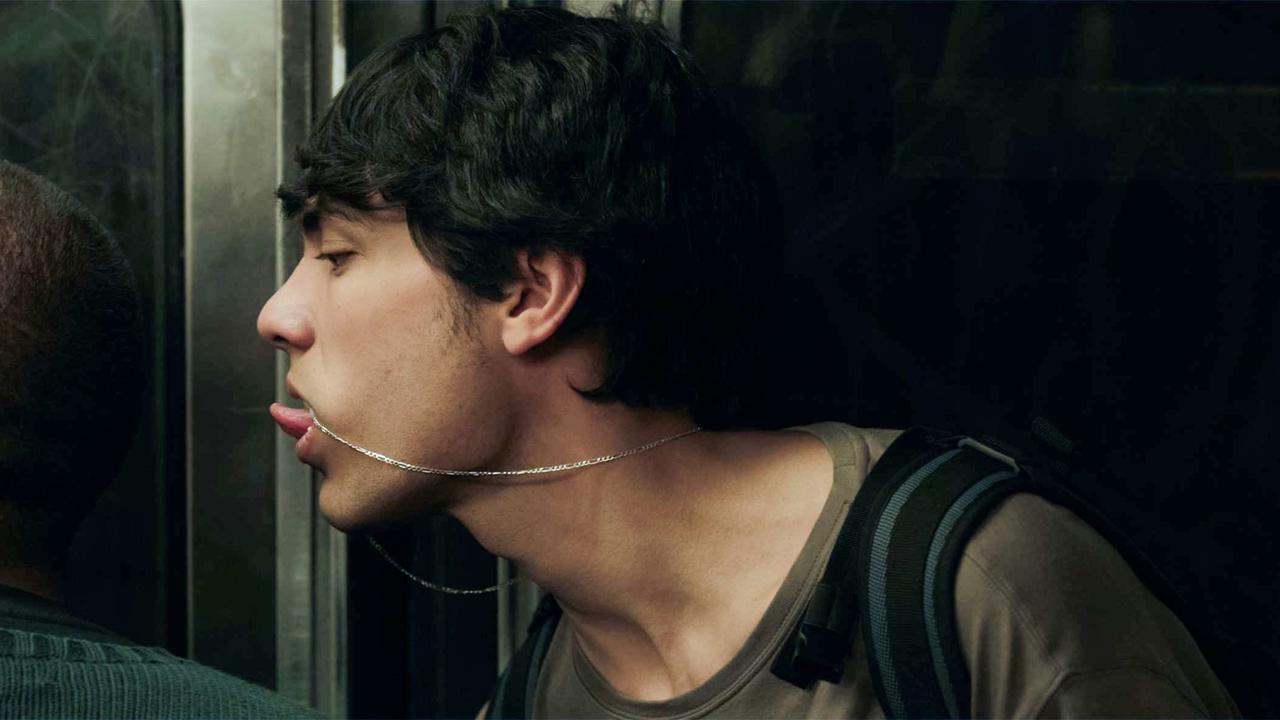 Julio Hernández Cordón’s I Promise You Anarchy revolves around two skater protagonists, the spoiled Miguel (Diego Calva Hernández) and Johnny (Eduardo Eliseo Martinez), the son of his maid. The movie presents the usual activities of rebellious teenagers: getting high, being sexually curious, rapping some insubordinate lyrics while skateboarding naked. But apart from their secret gay affair and the dysfunctional love triangle that includes Adri (Shvasti Calderón), Johnny’s girlfriend, Miguel and Johnny also collaborate in the black market of blood donation. Growing up in Mexico is difficult (or so we are made to understand), but these kids are growing up dangerously; their preoccupations include being clean from Hepatitis C and AIDS-free to “milk” some cattle: getting people to donate blood and get their share while selling this blood illegally. I Promise You Anarchy reaches its dramatic peak when a bigger business that involves 50 people getting “milked” has disastrous consequences. While the social background of the movie seems a bit underdeveloped, Cordón offers a touching glimpse into the world of adolescence, leaving the impression that those disturbed teens rule the city with their synchronized cool skating. Sharing the punk energy of Larry Clark’s Kids, I Promise You Anarchy refuses to judge its misfit characters, instead achieving a melancholic vision of the world of the young and damned.

The upbringing of 11-year-old Mickey House (Kacper Olszewski), the protagonist of Kuba Czekaj’s Baby Bump, is strange enough: While growing up, he is forcefully feminized by his pink-obsessed mom and ridiculed by both society and his inner voice. But the way writer/director Kuba Czekaj chronicles his coming-of-age is even more radical in its use of CGI, animation, and special effects. Mickey and his mom’s casual day-to-day activities are presented in side-by-side split-screen, only to shift inexplicably to the fantastical world of imaginary friend Jerboa Mouse, a cartoon character’s he’s seen a lot on TV; imagination and reality eventually blur as the camera focuses more on Mickey’s fears and obsessions. Even more, the story turns through experimental means into a mockery of teleshopping, plastic surgery, and porn. Through this unique punk approach, Baby Bump shows how body image and upbringing affect the child’s development. The protagonist’s mother ignores her son’s signs of maturing and even his gender features, asking him to rub her back in the shower or celebrating his first zit in a bizarre over-excited fashion. Obsessed with his protruding ears, Mickey fantasizes about cutting them off, gluing them, operating them or even freezing them out. The episode of the young boy being caught during his first boner or erotically daydreaming with his mother is hilarious, and the director uses this parallel world of fantasy to enhance Mickey’s puberty struggles. While some might not see beneath the vulgar images of penises getting cut and human eggs being laid, Baby Bump was one of the highlights of the festival, offering a unique take on the dark side of growing up.

Somewhat related thematically is Xavier Seron’s Death by Death, which follows the story of a late coming-of-age, of the hypochondriac 37-year-old Michel (Jean-Jacques Rausin), a grown-up kid obsessed with death. The tag line, “When my mother gave me life, she also gave me death,” sets the mood. A dopey electronics-delivery man with little to do, Michel finds himself torn between a pushy independence-demanding girlfriend, Aurelie (Fanny Touron), and his senile manipulative mother, Monique (Myriam Boyer). It is no coincidence that the umbilical connection between Michel and his too-needy mother develops in the sensation that he suffers from the same disease as hers, breast cancer. The low-key sketches that divide the story are reminiscent of Roy Andersson’s existentialist sarcastic style, populated with outcasts. Unlike Andersson, however, Seron is less absurdist in his view of human nature, more likely to explain his characters’ freakish behavior. While Baby Bump concentrates on a pregnant belly risen out of inhibition and adolescent fears, Death by Death circles the Oedipal complexes in a less harsh manner. Both babies (the grown-up Michel as much as the little boy Mickey House) maintain a joint affiliation with their mothers, suffering of the same diseases or hatching the same egg in an attempt of identification. Maybe better complimented if the film would’ve been included in the official competition, Death by Death is nevertheless the kind of out-of-nowhere discovery that could arguably only happen at film festivals like Transilvania.