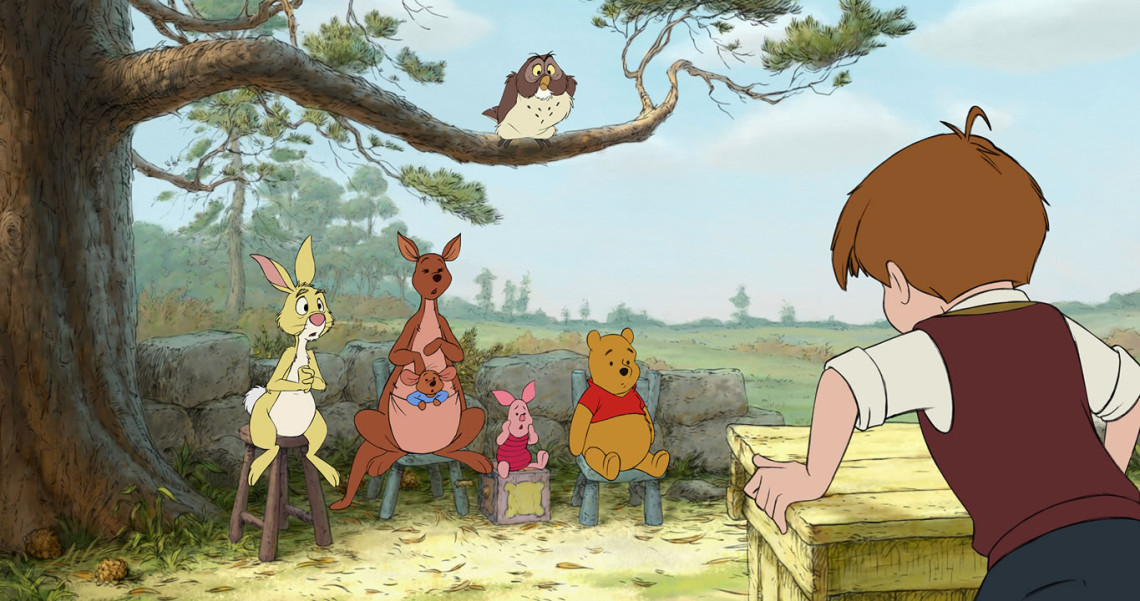 For those of us who either never really grew up, or just have a really open mind about valid subject matter for a film (depends on if you ask us or our families, I suppose), the truly great film based on material done originally for children seems nearly impossible. Rare is the filmmaker who’s able to latch onto what captures the imagination of what captivated so many young people and craft an otherwise-original, fascinating film all its own. With The Lego Movie coming out this week, and, from nearly everything I’ve heard, doing just that, I thought it’d be a good time to honor those films that we (or at least I) love that invariably get the response, “That? That’s kids’ stuff.”

For the purposes of this article, superhero films were thrown out almost immediately – comic books have a wider reputation now for appealing to the adult geek culture more than to children, and I wanted to focus on material originally aimed at the youngsters. So, too, goes purely literary adaptations; if based on a book, it had to have, by the time of the film’s production, been excessively commercialized. It may all seem terribly arbitrary, but I swear it makes sense to me. 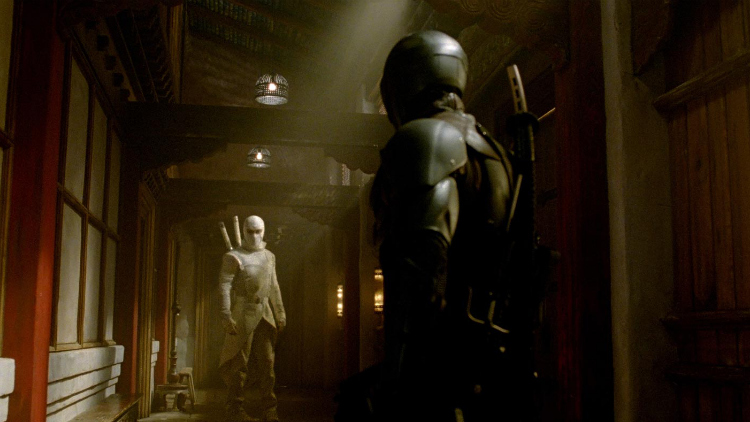 Now, the irony in honoring these things is that there are precious few true masterpieces to come out of it. The process of adaptation is often one carefully overseen and managed, sure to squeeze out some of the pure artistry therein. Nevertheless, this provides a good entry point, as it shows a film that does quite a lot extraordinarily well, even as it still includes Bruce Willis literally laying down for his sole “action scene.” Still, a couple others – especially the much-lauded Ninja Mountain sequence – and a truly zany master plan on behalf of the villains, involving a completely unhinged Jonathan Pryce and, of all things, nuclear disarmament, leading to the most fascinatingly zany climax I’ve seen in any ostensively-serious summer blockbuster, made this a truly distinct pleasure. 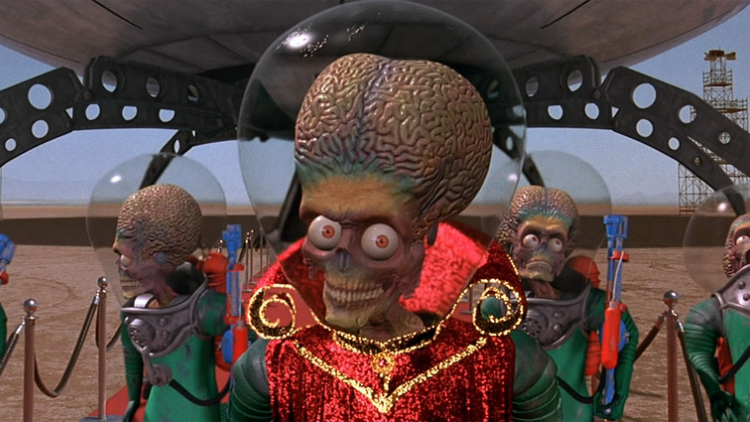 In case one suspects the age of studios throwing absurd amounts of money at Tim Burton is a new thing, let’s all gather ’round and recall the time he made a $100 million movie (in the mid-90s, at that) with an all-star ensemble cast that was based on freaking trading cards. What the hell world is that? Well, one we are lucky enough to have gone through, as Mars Attacks! remains one of Burton’s most purely fun works, something that at once is lovingly nostalgic while also totally terrifying for young enough viewers. I was ten when this came out, and the trailers alone gave me nightmares. 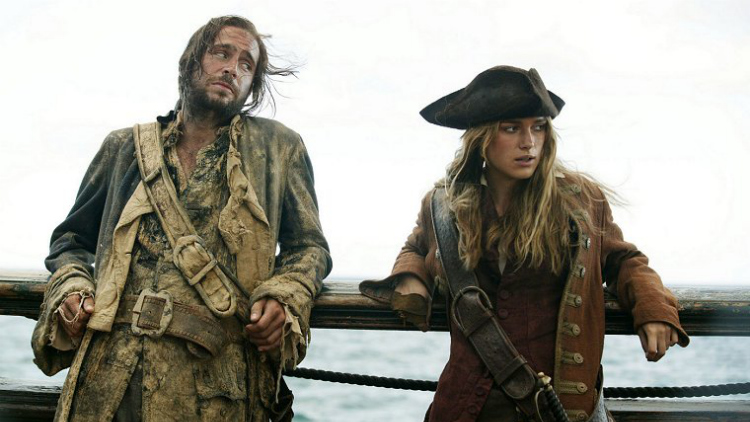 Yeah, look – like everyone else, I enjoy the hell out of Pirates of the Caribbean: The Curse of the Black Pearl, which improbably took a theme park ride and turned it into one of the best summer movies of the year. But for me – I’m saying for me, now – it pales in comparison to Dead Man’s Chest. Sure, the plot gets so in(s)ane and complicated that you’d need your own treasure map to ever explain it, but the set pieces get considerably more involved, and involving, and, what do you know, they actually gave Keira Knightley some personal stake in the affairs, and some considerable presence in the action. 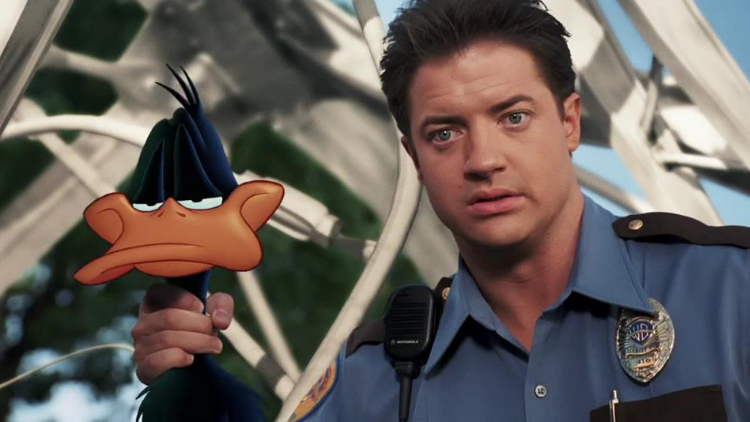 Joe Dante made a figurative Looney Tune with his masterpiece, Gremlins 2: The New Batch, so just imagine what he’d do when he got his mitts on the real deal! The result is, sadly, perhaps not as zany as that proposition would suggest, but is a great deal more inspired than so many live-action/cartoon hybrids (not the least of which its branded predecessor, the sadly-unforgettable Space Jam). Dante taps into the true essence of the characters with which he’s working, finding just enough of a heart to please those who need things like “character” in a freaking cartoon movie with sacrificing everything that made them so damn endearing in the first place. That he manages to include so many of the classic characters along the way makes for an immensely affectionate experience for all involved, not the least of which its audience. 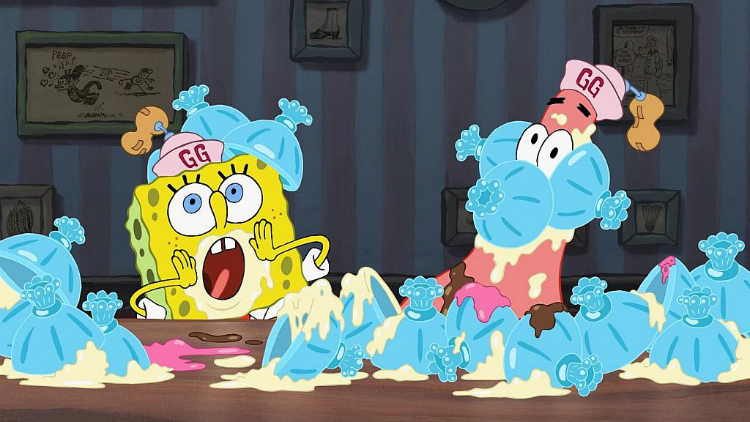 So here’s a fun image for you all – myself and two friends, all between the ages of about 16 and 18, eagerly sitting in the front row opening day for this movie, while families stream in, parents giving us the most quizzical and disgusted of looks. But boy was it worth their scorn. I’m not going to sit here and tell you that The SpongeBob Squarepants Movie is some neglected masterpiece (for starters, you have to contend with Scarlett Johansson’s truly indifferent voiceover performance); I will say that it made, and continues to make, me laugh harder than many other films more forcefully geared towards my demographic, then or now. The scene in which SpongeBob and Patrick get spectacularly wasted on ice cream is a tour-de-force. 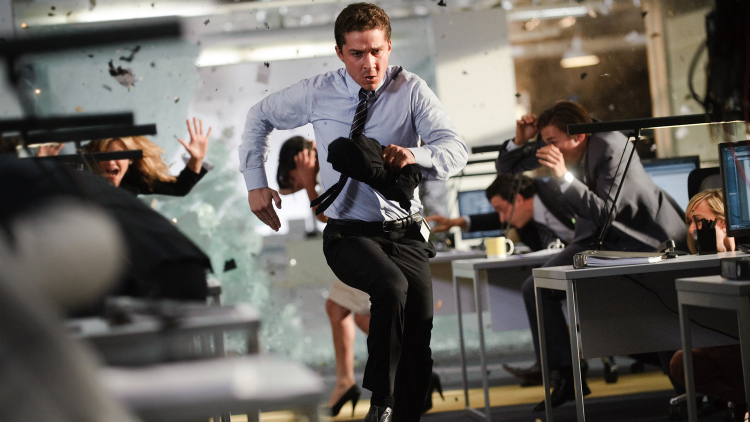 After Michael Bay wasted everyone’s time with two distinctly unpleasant, gargantuan films, it was reasonable to expect more of the same from a third. A little (by which I mean an astounding amount of) 3D and the sharpest action scenes he’d conceived since Bad Boys II more than reclaimed his mastery of the form, but this is also the sharpest, most perceptive expression of entitlement amongst the millennial generation. Oh yeah. Sam Witwicky (Shia LaBeouf, wholly unleashed), freshly graduated from college and having saved the world twice, spends most of the first two acts of the film railing against everyone around him (including his unbelievably attractive and compassionate girlfriend) about how he deserves better and isn’t getting his due as lowly delivery boy. The third act is almost wish-fulfillment; even as he never does quite rise above being the lackey he’s accused of being, he instantly claims the credit for the victory others have achieved. As a member myself of the millennial generation, this is all very, very familiar. 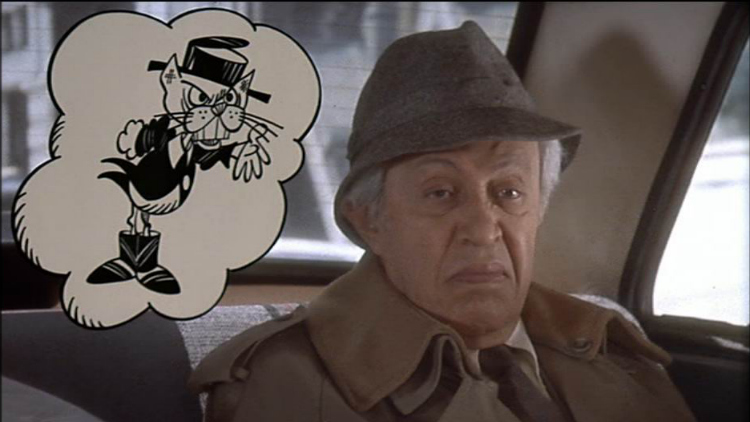 Based on, well, a little bit of everything and a little bit make-believe, its inclusion here is a bit of a cheat because I simply cannot resist any opportunity to praise Alain Resnais. Here, Resnais gives totally into his love of classic comic strips, working with a screenplay by veteran cartoonist Jules Feiffer. Adolph Green (you know, the guy who co-wrote On the Town and Singin’ in the Rain) stars as an American cartoonist who visits France, a place he despises until he realizes they consider him a genius. It all culminates in a giant costume party featuring, among other things, Gerard Depardieu dressed as Popeye the Sailor. A total love letter to those things that spur the imagination at a young age, while also poking some fun at the eternal ping-pong game that is American-French cultural relations. 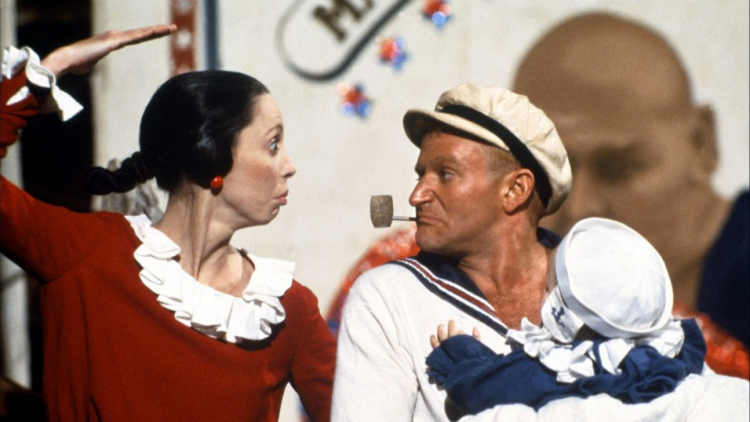 And speaking of Popeye, and Jules Feiffer, the latter brought the former to the cinema by way of director Robert Altman, who has long suffered from the perception that this, his big-budget musical, was a financial failure that helped do in the New Hollywood era. In fact, it did all right, just not quite enough for Paramount and Disney’s satisfaction, and they’ve pretty much defined its legacy. Too bad, as it is a near-perfect adaptation of its source (both E.C. Segar’s comic strip and the more-famous Max Fleischer cartoon), with Altman’s penchant for barely-heard dialogue finding its perfect purchase in Popeye’s perpetual muttering, never mind the more musical quality of his cinema finally given a chance to flourish. Those who thought Altman a realist were understandably disappointed; those who swooned to the graceful notes of Nashville, McCabe and Mrs. Miller, 3 Women, and The Long Goodbye will easily be enchanted. 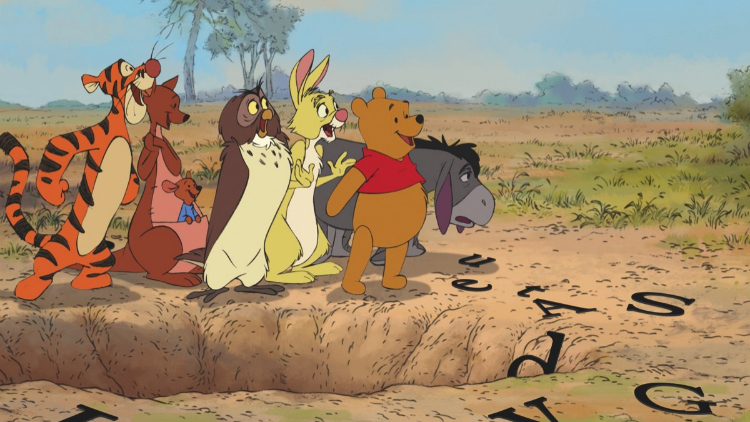 So simple, it could barely cross the feature-length mark. So pure, it could only be built of densely-crafted prose. 2011’s most secretly-clever entry into an era besot with postmodernism is itself a meditation on the impermanence of childhood and the total joy of creation, layered with a great many elemental lessons from which a viewer of any age would be well-advised to heed – that your friends may infuriate and beguile you, but they will remain your friends; that one should appreciate every passing moment, no matter how banal or tedious; and most of all, that one should take the time to read as often as possible, for the written word may one day save your life. 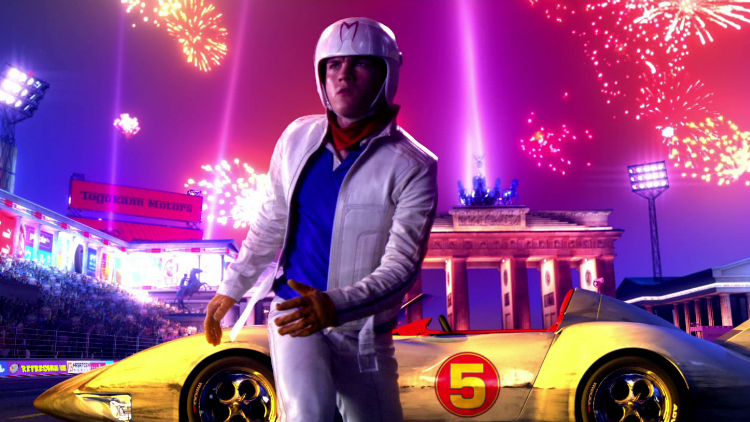 The Wachowskis’ 2008 film is, to my eyes and ears, their absolute masterpiece, one that beautifully synthesized its animated origins with a vision all their own. I mean, how many cartoons movies have a plot primarily centered around the way corporations ruin artistic creation? That’s deeply unusual. But what truly makes this film special is its absolute earnestness – it doesn’t blink from valuing family, independence, traditions, homespun creations, and anything else that so many lesser movies would call “corny” or “old-fashioned”, but which is presented here with such generosity and decency you wonder why you ever fool around with less. The animated and live-action elements meld so perfectly, it all feels one of a piece, making the case better than any that CGI can be a total artistic tool in the hands of willing and able filmmakers. The film’s finale, which brings all of this together…I swear to you, it makes me cry every time.