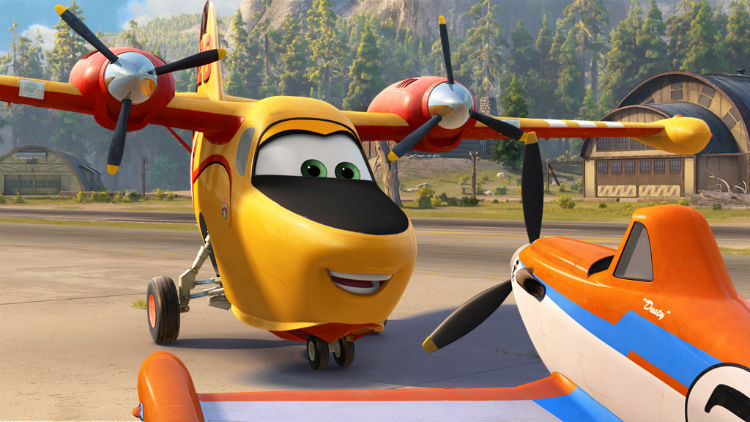 “Too Dumb to Notice”: The Lie About Movies For Kids

Due for release less than a year after the first film, Planes: Fire & Rescue will hit theatres on July 18. The animated sequel again has the voice of Dane Cook as Dusty Crophopper, an air racer that must now turn to wildfire air control. The sequel also stars Julie Bowen and Ed Harris, and the trailer dropped yesterday.

The first Planes film, which was originally intended to go straight-to-video as a spin-off from Cars, was largely derided by critics as a cash grab and lacking in any particular artistic qualities. Regardless, the film made about $220 million worldwide, and now we have a theatrical sequel coming.

I still don’t get the assertion that we should be forgiving of the Star Wars prequels because they were “made for kids.”

Critic Sam Adams concurred, writing that he hates that argument and how it assumes kids are too dumb to notice or know any better. It may or may not be true that kids generally won’t notice what kind of drivel they’re being served, and yet this shouldn’t let film studios off the hook for making bad movies just because they’re “for kids”.

This year has already provided us with an excellent example of a refusal to do so: Phil Lord & Chris Miller’s The Lego Movie. This clever, lovingly crafted, spirited film had every reason to fulfill every cynic’s assumptions and be nothing more than a feature length toy commercial, especially considering that it was made with the Danish toy company’s full cooperation. Lord & Miller decided to subvert expectations and make a truly hilarious and affecting film full of ideas and something to say. That said, it feels disheartening that the duo are being celebrated so much for actually putting effort into a kids movie. Imagine!

It is undeniably true, then, that kids movies are not invariably dumb – Lego, Pixar, Ghibli, on and on. But why is it used as an excuse to forgive bad films? If anything, this strikes of irresponsibility for how we treat and think about our youth. Wouldn’t we want to feed our children smart and interesting stories and not re-heated garbage?

A film should be considered a failure if it is intended for kids and does nothing original or interesting, as with any film. By the same token, a bad movie is a bad movie, no matter its intended audience. Let’s stop giving concessions to these films and start demanding more from those making movies for kids…or those using it as an excuse for bad movies like Phantom Menace.