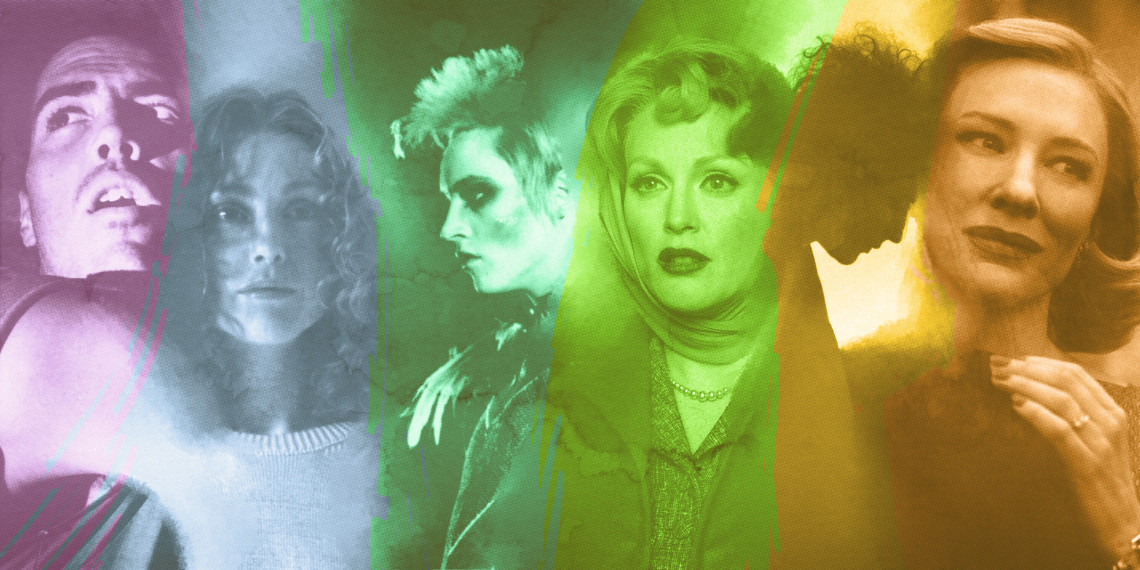 Through a Glass Lovingly: The Cinematography of Todd Haynes

In Todd Haynes’ Carol, the only time we are with Therese Belivet (Rooney Mara) is in the car on the way to Carol Aird’s (Cate Blanchett) home in New Jersey. By “with,” this means when the audience is truly given the opportunity to grasp her mentality and emotions, and the way she processes her construction and navigation of her very being. It’s a somersault of sensations—an intoxicating fever dream that only lasts for seconds, but dreamily lingers on in the mind for hours, even days, after the scene has occurred. Dissolving from one shot of Carol to the next—desirably fixating on different parts of her body—Haynes articulates Therese’s textured, passionate perspective through the camera. The images evoke the inexplicable and unspeakably confounding idea of how emotion and identity are puzzles—each piece malleable to the hand of its owner, to be put back together and to create something, someone, else.

It was editor Affonso Gonçalves’ idea to use dissolves in the scene, with Edward Lachman’s camera dazedly enraptured by Carol. Carter Burwell’s score ravishingly washes over the scene, with waves of Helen Foster’s rendition of “You Belong to Me” ebbing in and out. Although we get a glimpse of Therese’s interior thoughts through the lens of the camera she uses, no other scene in Todd Haynes’s Carol captures the immediacy of that kind of moment—being overtaken by an emotion or feeling as potent as love. “She wished the tunnel might cave in and kill them both, that their bodies might be dragged out together,” Patricia Highsmith writes of Therese in The Price of Salt, the source material from which writer Phyllis Nagy adapted Carol’s screenplay. A peculiar, ethereal melodiousness is present in the cinematography. Time lurches forward, unconcerned with quickness, and Therese simultaneously contemplates and lets go.

Todd Haynes doles out mesmerizing moments like this very carefully throughout his filmography. His semiologist inclinations compel him to calculate how he uses the frame with respect to his films’ greater thematic and ideological implications. And while such proclivities exist, maybe unfairly implying that he is but a cold deconstructionalist, his camera suggests a greater balance of ideas and emotion than a superficial look at his films would appear.

The interiority of Therese is fairly off-limits for a majority of the time not out of sadistic pleasure, but as a way to express the reticence that Therese herself has in terms of exploring her identity. Hence, the Saul Leiter-inspired work, with the film shot primarily through windows, lenses, or door frames suggest that these characters, Therese included, are boxed in and compartmentalized by social norms. The glances speak for themselves, admittedly (the film is arguably about the very look of love), as the film is bookended by a shot of Therese looking out of a cab window. The lights of the city pass her by, but she remains still, one thing and one person on her mind. She is hypnotized by the unending abyss that infatuation has to offer. Her eyes suggest a yearning for tenderness, but the camera’s unwillingness to move away from her gaze through a window suggests that the deliberate abstraction of desire in context of identity is foolhardy, maybe impenetrable.

In Mildred Pierce, shots through windows take a similar meaning. The glass through which the film is often shot is emblematic of the relationship Mildred (Kate Winslet) has with her daughter, Veda (Evan Rachel Wood)—one that’s rooted in translucent strain and struggle. While we’re allowed into Mildred’s head from time to time, Mildred herself has difficulty in understanding Veda’s motivations and actions. When Mildred comes to realize her daughter, now a grown woman, has evolved into a manipulative snake, sleeping with Mildred’s former lover Monty (Guy Pearce), Haynes luxuriates in a deception revealing itself. Veda slithers across the room, shedding a skin of supposed purity that was hinted at to be facile during her more modest beginnings. From a distance, Haynes sets up Veda to be performatively angelic, but construction and grooming is owed to the lighting and to Monty’s hand. Such authenticity falls away, and Haynes has us watch Mildred come to the realization that for some, identity and desire are merely magic tricks. Haynes zooms out in an unhurried pace, revealing a feeling of claustrophobia, as if she’s cornered. As in Carol, this is our chance at exploring Mildred’s interior thoughts, but instead of love, it’s of terror. Mildred Pierce is contingent on the dynamic between Mildred and Veda, a frustrated relationship where the nature of love is fraught. It’s rejection as horror.

Haynes’ earlier work probes at these ideas of identity and desire just as proficiently, evoking the sterile sensibility of Kubrick and Antonioni in [Safe]. Haynes captures suburbia as a nightmarish prison of homogeny, exerting its sameness on Carol (this one brought to life by Julianne Moore), the deep focus of her home an entrapment of rigidity. The Sirkian colors of Far From Heaven are intentionally bombastic, calling attention how exhilaratingly aureate adoration can be. The grandiosity of Velvet Goldmine, allows desire to become rhapsodic and transcendent. And the mix of melodrama, horror, and newsreel realism in Poison cobbles together refractions of romantic and sexual devotion as a multifaceted image.

When Haynes’s characters look at the camera, it’s a dare to step into the film and try to grasp the interiority of those characters: the cyclonic swirl of emotion, the labyrinthine road to self-actualization, and the smoky haze of longing—and, in turn, waiting. As Roland Barthes once said, “The lover is the one who waits.”

One thought on “Through a Glass Lovingly: The Cinematography of Todd Haynes”