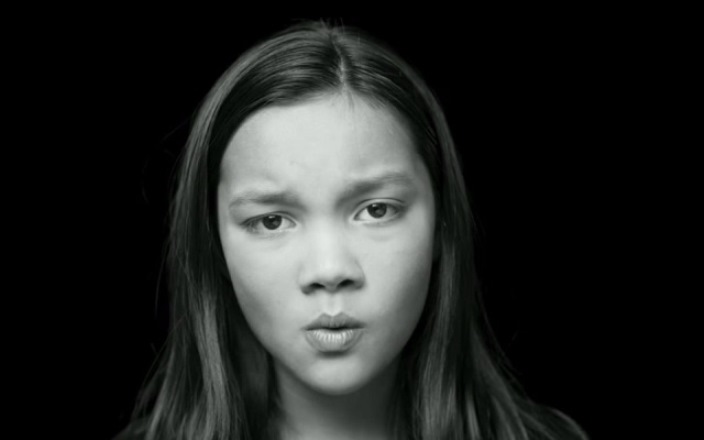 Visitors is the first film from Koyaanisqatsi director Godfrey Reggio in over a decade, a visual poem that premiered at the Toronto International Film Festival last night in a special event that was accompanied live by the Toronto Symphony Orchestra. The film is a black-and-white portrait of humanity viewed through the eyes of another animal, in this case a lowland gorilla named Triska. The film forces the audience to look at themselves as they watch the film, and to see how humans are just as strange from an outside perspective as other creatures are to us.

The film is visually stunning and can make for an incredible experience, if you’re in the right mindset and are open to an unconventional visual spectacle. What made this particular screening worth watching was the incredible score composed by Philip Glass that was performed live; a ticket to this was like paying to see the TSO with a free visual show on the side. The orchestra in many ways overtook the film, as the magic felt more present in the music than what was on screen. The film is beautiful, no doubt, but at 87 minutes long it gets tiring. This approach would have been more impactful as a short film–the concept is highly intriguing, but the reward is minimal. There isn’t any deeper level of cognition or emotional understanding, it simply is what is on the surface, picturesque but not profound.

It takes a patient person to really delve into what’s onscreen. The impact here is the live music, which seems to have been a one-time-only catch. Philip Glass’ score is melancholic and dissonant but still hopeful, projecting a layer of beauty and emotion that the film itself does not quite achieve. This film requires that extra element of the live orchestra, and it’s possible no one else who watches this film will be as affected as the audience last night.

Visitors is a fine film for its visual and musical elements, but it does not leave a lasting effect. It’s beautiful to look at, and may stir up some emotional response, but the it’s not as profound as the idea it presents.