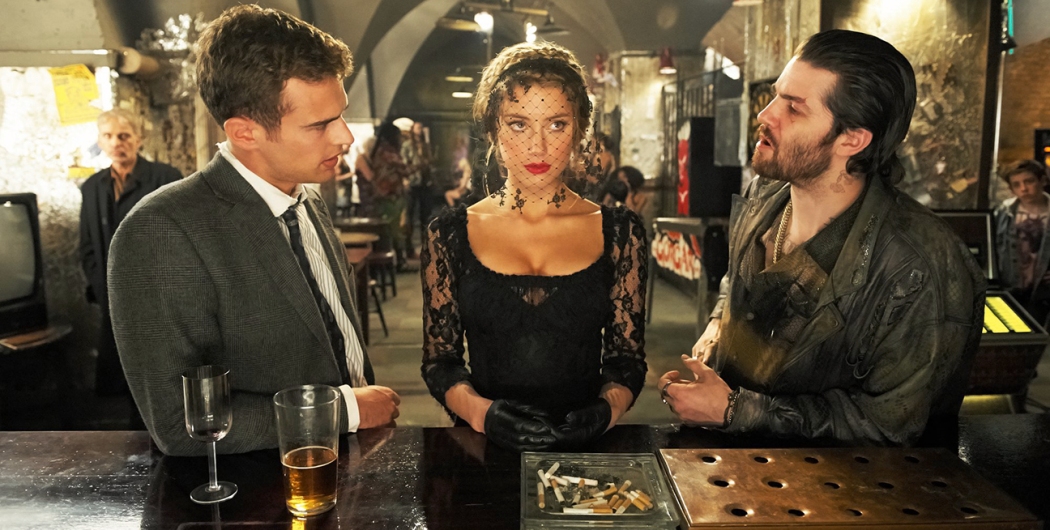 An adaptation of Martin Amis’ 1989 novel, Matthew Cullen’s London Fields distills the book’s ideas into an unfortunate series of cliches and archetypes, never quite hitting upon the brilliance of Amis’ peculiar world-building and prose – this, despite the fact that the author helped to pen the script.

London Fields is a modern-day Pygmalion story split three ways, with femme fatale Nicola Six (Amber Heard) playing the stereotypical male fantasy whose chameleon-like dexterity allows her to manipulate each of the film’s male leads. For the protagonist, Samson Young (Billy Bob Thornton), she plays muse to his washed-up creative writer. He is reinvigorated by her allure and supernatural ability to foresee her own death, and so he begins a new novel about her demise, despite his terrible state of health. He plays a curious fly on the wall as she becomes entangled with the two men who are potentially her murderers. Whodunit: Guy Clinch (Theo James), the milquetoast billionaire pretty boy who falls for Nicola’s fake virgin-like compassion, or Keith Talent (Jim Sturgess), the dumb and vulgar darts player?

Nicola sets up a plan that seems doomed from the start–she tricks Guy into giving her tens of thousands of pounds so that she can save Keith from loan sharks. The men’s jealousy over who should “have” Nicola hints at some kind of massive, melodramatic blood bath. Yet the story is broader in scope thanks to Samson’s involvement, and it deconstructs the failings of the writer in its own spectacular fashion.

This all sounds good, and being based on an Amis novel I’m sure the original is worth reading. But in film form, London Fields is a total, wasted wreck. Set in some kind of post-nuclear-apocalyptic London, the film never earns its fantastical setting. The dialogue provides little opportunity for the actors to sound anything but artificial and bland, while the story is a self-indulgent and predictable series of murder-mystery tropes – and one can spot the “twist” ending a mile away.

It’s worth pointing out that director Matthew Cullen is reportedly taking legal action against the film’s producers, claiming that they have significantly distorted his original vision. Perhaps that decision is a wise one. As it stands, the only thing London Fields has going for it is that it’s messy and weird enough to hopefully provoke those who have never read Amis to consider trying him out.