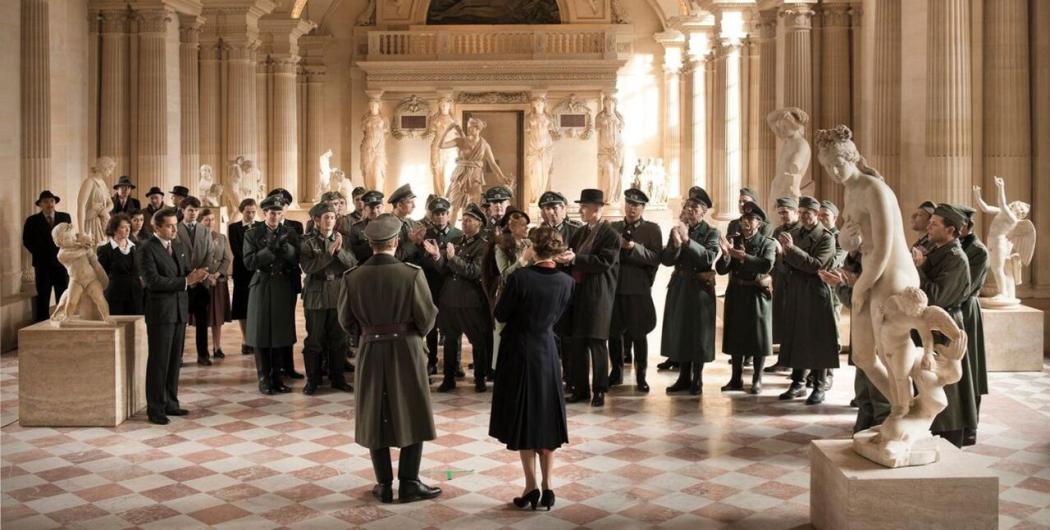 Aleksandr Sokurov takes on fresh formal territory in his latest film, Francofonia. Having previously dabbled in nonfiction (his early documentaries on artists like Alexander Solzhenitsyn and Dmitri Shostakovich), historical docudrama (Moloch, Taurus, The Sun) and full-on fiction (Mother and Son, Alexandra, Faust), this time he synthesizes all of these elements and goes in full-on cinematic-essay mode, mixing fictional and documentary approaches into a dense and heady brew. But the Russian filmmaker’s usual thematic concerns are still evident: an obsession with the corrupting effects of power; and the intersection of art, history, and politics.

At first, Francofonia looks as if it will indulge in Jean-Luc Godard-style meta-movie playfulness. We see and hear Sokurov himself talking through Skype with a member of a cargo ship transporting a slew of art works by sea. In addition, Sokurov makes reference, through voiceover narration, to his dissatisfaction with the film he’s been working on (presumably the film we’re seeing at the moment). This promise is only partially borne out by the rest of the film, however, through staged scenes involving Jacques Jaujard (Louis-Do de Lencquesaing), deputy head of the Louvre during World War II, and German officer Count Franziskus Wolff-Metternich (Benjamin Utzerath). The footage is manipulated to look like vintage celluloid with artificially inserted grit and dirt, and even the sound strip and sprockets of a 35mm film print sometimes made visible.

In Francofonia, these historical reenactments coexist with more essayistic interludes in which Sokurov ruminates on, among other subjects, the manifold values of art, whether as a form of historical remembrance or as a tool of political leverage. Above all, though, it’s Sokurov’s visual imagination that helps elevate this film beyond dry academicism: the darkly evocative way in which, for instance, he shoots and lights statues and artworks in the Louvre; and, through editing, implies connections between past and present with his juxtaposition of archival materials and new footage.

As is often the case with essay films like this, the conclusions to be drawn from Francofonia’s tango between fact and fiction, past and present, and art and politics can be difficult to easily summarize. The aforementioned cargo ship – and Sokurov’s admonition of that particular method of transport as somehow devaluing the artwork contained inside – could be seen as a metaphor for the way art has been treated over the years by people in power: as status symbols; as historical artifacts; as anything but art. Perhaps that’s why Jaujard and Wolff-Metternich are made central figures (of sorts). As people on opposite sides during World War II still finding a way to put aside their differences and save the art at the Louvre, these two suggest a positive manifestation of artistic fervor. By contrast, the spirit of Napoleon Bonaparte (Vincent Nemeth) stalking through the Louvre implies a more negative manifestation, especially when seen alongside a living representation of Marianne (Johanna Korthals Altes), the woman/French Revolution icon featured in paintings like Eugène Delacroix’s “Liberty Leading the People.”

But there’s even more to Francofonia than just a historical treatise. At times, the film expands into art history and analysis, especially with one section that explores the advent of portraiture and its effect on European civilization. Whatever it all adds up to in the end, however, Sokurov’s film is filled-to-bursting with passion and ideas – consistently fascinating, thought-provoking and beautiful to behold. I look forward to parsing its many layers in subsequent viewings.

One thought on “TIFF Review: “Francofonia””