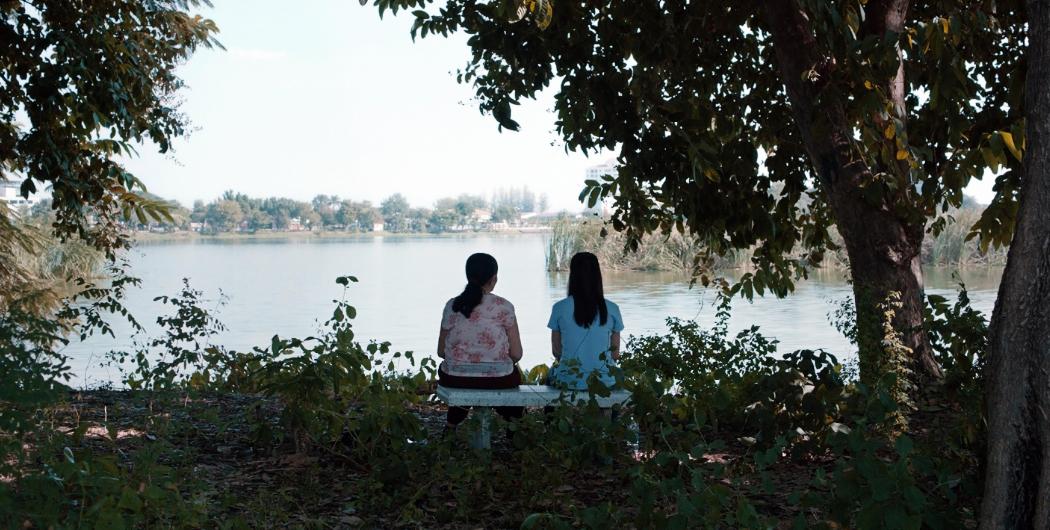 Cemetery of Splendour, the latest feature film from Apichatpong Weerasethakul, takes place in a zone of quietly haunted purgatory: an environment in which human lives hang in the balance between life and death, the lines between fantasy and reality are blurred, and the ghosts of the past converse with the bodies of the present. Not that the Thai filmmaker is visiting new territory here: In his last film, Uncle Boonmee Who Can Recall His Past Lives, the titular character explored the possibilities of the existence of past lives as he hovered at the edge of death. But this is a much denser film than Uncle Boonmee, weaving history, fantasy and spirituality into one consistently stimulating tapestry.

Appropriately for a film that in part deals with mortality, much of Cemetery of Splendour takes place in a hospital, albeit a makeshift one built from what was previously a school in order to house a slew of soldiers stricken by a mysterious sleeping sickness. A central character emerges: Jenjira (Jenjira Pongpas Widner), a handicapped volunteer who gradually forms a bond with one of the soldiers, Itt (Banlop Lomnoi), who reminisces about his life whenever he snaps out of his coma. Another major character is Keng (Jarinpattra Rueangram), a medium who has the ability to tap into these comatose soldiers’ memories and dreams. As with many of the other supernatural details in this film, Apichatpong doesn’t overemphasize the fantasy elements, instead simply treating them as part of the film’s magical-realist fabric. This is the kind of film in which two long-dead Laotian princesses suddenly materialize in front of Jenjira, who barely bats an eye at the impossibility of such an occurrence.

Moments like that, as well as a somewhat inexplicable scene in which a few kids essentially play musical chairs with a few benches in front of a body of water, suggest a film that is all whimsy and nothing more. As usual with Apichatpong, though, there is real thematic weight underpinning the playfulness. If anything, his engagement with the history of his home nation is even more pronounced in Cemetery of Splendour than in his previous features; the film as a whole is haunted by the ghosts of Thai history. This political dimension is made more explicit, in Apichatpong’s usual oblique way, when the aforementioned Laotian princesses allude to a battle being waged underneath the grounds of this hospital, with soldiers drawing energy from the bedridden comatose soldiers, thus ensuring their ultimate demise. Ultimately though, Apichatpong’s concerns remain more eternal. He remains as fascinated as ever by the possibilities of a universe beyond our own physical realm, especially as glimpsed through the remains of the past. And of course, there’s that eternal question of the existence of higher powers, and how that belief drives people’s behavior – like the shrine in front of which Jenjira and her American husband worship.

Once again, however, Apichatpong evokes these themes not so much through plot and character, but through mood and pace. Through long takes, minimal camera movement and an extra attention to vivid sound design, the filmmaker conjures up a sense of near-holy contemplation, one that is bound to induce in receptive viewers a dream state wholly appropriate for the film’s thematic concerns. Cemetery of Splendour is so transfixing that even his attempts at bawdy humor – most memorably, a joke about a soldier’s erection that climaxes with one of the characters saying “I’ve seen way too many penises in my life” – simply feel like part of the film’s exploratory, all-embracing sensibility. The result is a film that feels like a true meditation – on life, death, past, present, religion, spirituality: essentially, the building blocks of our common humanity.

One thought on “TIFF Review: “Cemetery of Splendour””