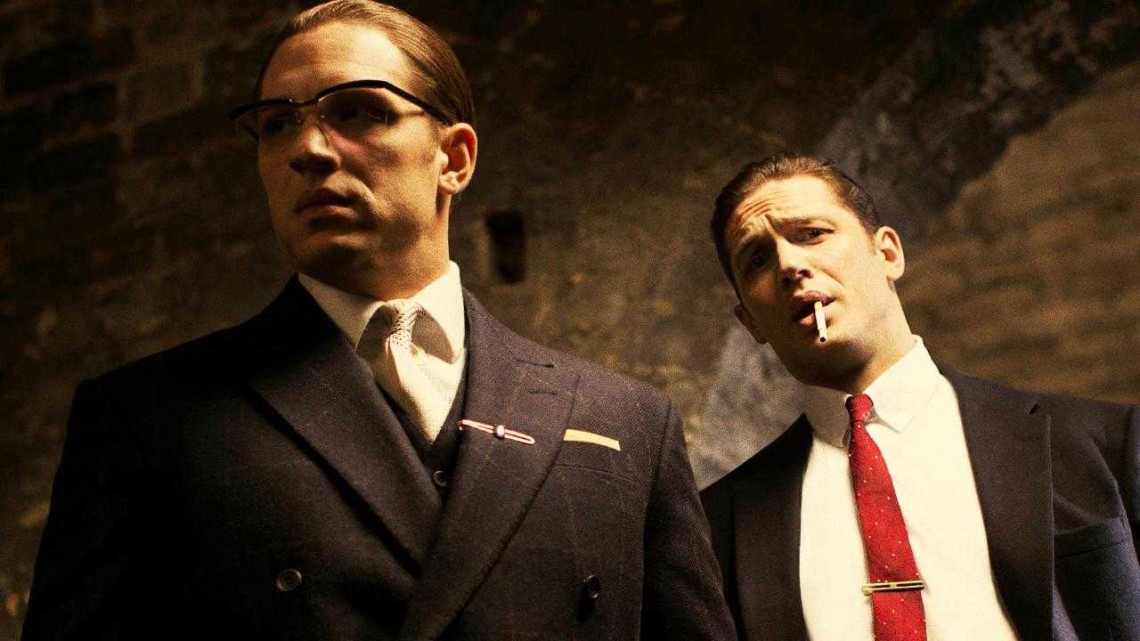 The Kray brothers enjoy a special place in British history as the notorious gangsters who controlled East End London in the 1960s, and in Brian Helgeland’s Legend, the twin brothers are played by the beautiful and weird Tom Hardy twice over. He brings his odd touch to the unstable brother, Ronald, who is played up as a power-hungry savant whose self-destructive tendencies can only be tempered by his more suave and put-together twin brother, Reg. The film plays up Hardy’s attractiveness with Reggie, who would be the picture of wholesomeness if it weren’t for the whole gangster business thing. But don’t tell Frances (Emily Browning), his girlfriend-cum-spouse-cum-suicidal gangster wife, who narrates the story in that bittersweet, confident-through-hindsight voiceover reminiscent of GoodFellas.

Yet here, Frances takes up too much of the story for herself, and one of the film’s biggest structural problems is a lack of balance and indecision over what the story should ultimately focus on: her romance with Reggie or the bromance between the twins. We haven’t had a twin performance this masterful since Jeremy Irons’ performance in Dead Ringers; Hardy is excellent in carving out two extremely distinct characters, maxing out every inch of his charm and acting chops to make sense of his two roles, which unfortunately still come off as caricatures of the Guy Ritchie brand of British criminal. The plot is just as cartoonish, as every problem (mostly run-ins with other gangs or authorities) is always neatly and ridiculously tied up within mere seconds of it being presented. If Helgeland is trying to imitate that kind of romantic, delusional perspective seen in Scorsese’s work, he picked the wrong person to narrate the story in Frances; entanglements with the Krays appears to be anything but romantic.

Legend still presents itself as a tragedy-in-the-making from the beginning, yet it doesn’t contain the same exuberance that so many successful gangster films contain which temper the ultimate downfall of its anti-heroes. The straight man/funny man contrast between the two brothers offers plenty of comedic opportunities to provide a similar sort of levity, but it just doesn’t work and comes off as downright garish. The clothes (Hardy’s menswear in particular), the wallpaper, and the lush, mod 60s decor are all wonderful and will keep your eyes glued to the screen (not unlike American Gangster) and Legend should definitely be nominated or win some big awards for all of those production elements come Oscar season. But when it comes to story and directorial decision-making, the film is a big, stupid flop. It’s only amazing that Hardy is able to remain somewhat mesmerizing on screen the entire way through, though it doesn’t speak very highly of the kind of roles he picks.

One thought on “TIFF Review: “Legend””