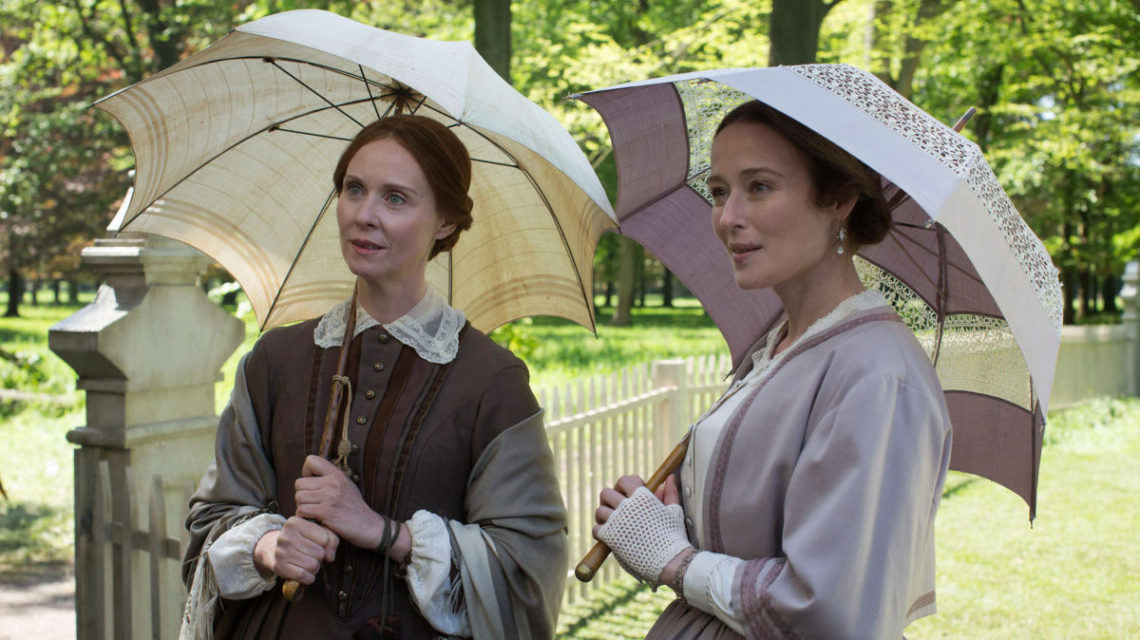 Kenji Fujishima submits this dispatch from the Toronto International Film Festival on films by two Ter(r)ences: Davies and Malick.

When it comes to covering a film festival as vast in scale as the Toronto International Film Festival, a premium is put on instant reactions: Critics race to get the word out about a film’s worth or lack of it as quickly as possible, industry folk look to such immediate reactions to get a sense of how their film might perform in the future (i.e., awards season, usually), and audience members use such buzz to help determine future scheduling decisions. As a result, reflection—the real lifeblood of critical thought—often falls by the wayside, which perhaps explains why a film that might have been praised to the skies earlier at Sundance often finds itself the victim of a backlash after the dust has settled months later. Who has time to really sit down and think through a movie if they’re too busy rushing from one movie to the next—and/or, in the case of a critic, trying to squeeze in time to write about films and file reviews in between?

That is why I’m already reserving the right to change my mind about Terence Davies’ Emily Dickinson biopic A Quiet Passion after I get a chance to see it again, because I’m already suspicious that there may be something deeper beneath the deliberately arch line readings and the stagy tenor than I’m willing to give it credit for at the moment. Upon this initial encounter, however, the most I’m willing to grant the film is that it is “of interest.”

Though the film has a few sequences that feel prototypically Davies-ian in its lyricism—a documentary-like digression discussing the aftermath of the Civil War, a transitional photo-taking scene in which characters age right before our very eyes, a mysterious romantic dream sequence with a silhouetted man walking up a staircase—A Quiet Passion is mostly made up of dialogue scenes in which the actors declaim their lines in the closest Davies can come to a Straub/Huillet-like deadpan. It’s amid this stiffness that Davies’ vision of Emily Dickinson’s tragic life emerges: the societal expectations that led someone like Dickinson—outspoken and headstrong yet nevertheless perpetually unsure of her own place in the world—to withdraw from public life and retreat into spinsterhood until her untimely death at the age of 55. That may make A Quiet Passion intellectually stimulating, and the dialogue itself is certainly eloquent, especially when delivered with the kind of impeccable enunciation Cynthia Nixon (playing Dickinson herself), Jennifer Ehle, Keith Carradine, and the rest of the cast bring. But the visual and emotional glories of his last film, Sunset Song, are sorely missed.

And yet, upon reflection, the enervating archness does have a certain logic to it. After all, Dickinson was famously known for being an introvert, and her poetry—a lot of which we hear on the soundtrack—did often deal with death and mortality. Perhaps such a deliberately damped-down style is appropriate for a character who often lived in her own head, who preferred a life indoors even as it increasingly felt like a prison. If nothing else, Davies makes that imprisonment visceral as the film goes on. Whether such realizations make the experience of watching A Quiet Passion any more rewarding is perhaps something that I would need to more definitively determine upon a second viewing. 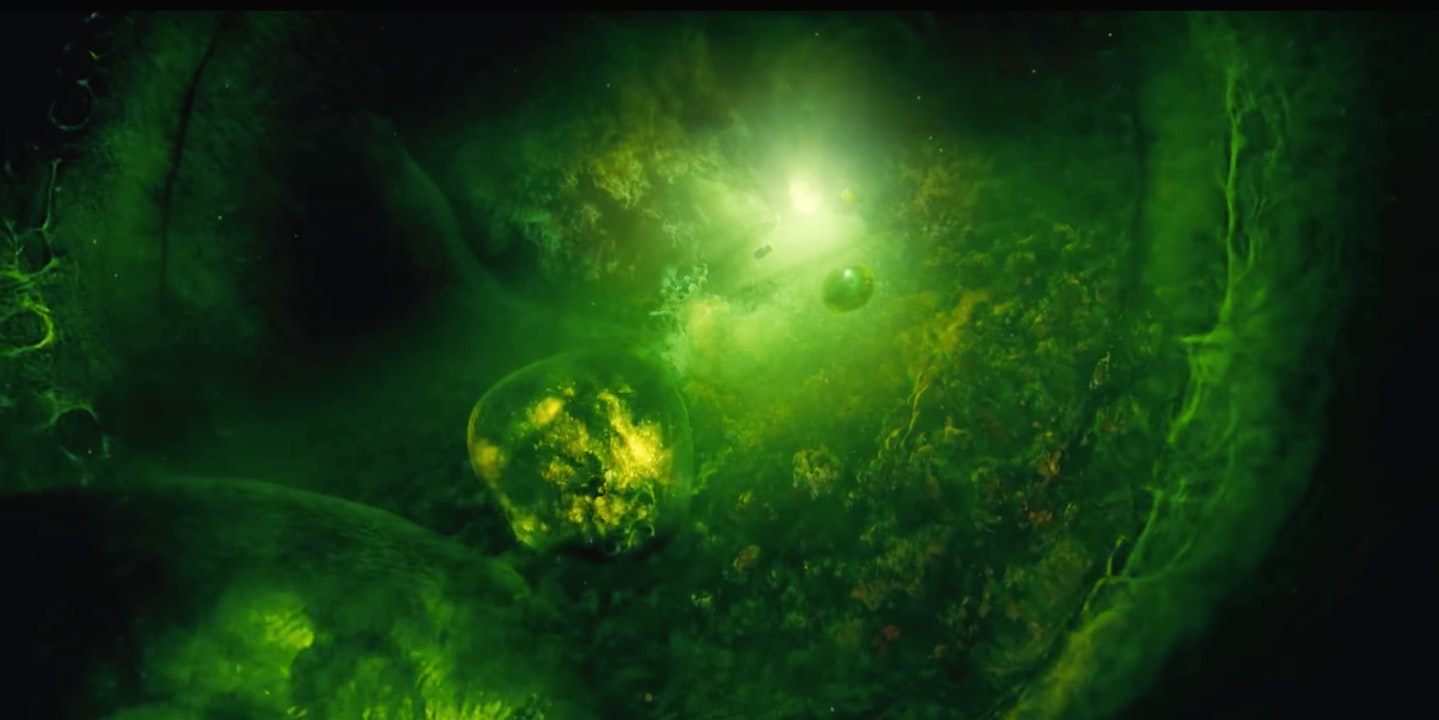 I don’t imagine I’ll need a second viewing of Terrence Malick’s documentary Voyage of Time: Life’s Journey to confirm my relieved reaction—relieved mostly because it is, at the very least, more tolerable than his last film, Knight of Cups, which suggested his usual breathlessly transcendental style brought to the edge—or rather, the whisper—of self-parody. Admittedly, in that regard, one’s fears aren’t likely to be allayed by the first word narrator Cate Blanchett intones quietly: “Mother…” What once felt legitimately like a prayer these days feels more like a self-indulgent stylistic crutch.

At least, though, with this film, Malick is drawing us more directly into his humbled perspective on the world instead of clumsily trying to signal them through barely defined “characters.” Voyage of Time—at least, in the feature-length 90-minute version I saw (a 45-minute IMAX version, with narration delivered by Brad Pitt, has also been created)—essentially chronicles the history of the universe, and as a “narrative,” Malick mostly depicts that history in chronological order, starting from the beginning of all life, reaching to today, and eventually contemplating what lies ahead for us in the future. To bring it all to the screen, Malick mixes natural photography with speculative CGI imagery in remarkably seamless ways. He doesn’t entirely abandon fiction, either; in the film’s most overt bid to rival 2001: A Space Odyssey, he includes an extended staged sequence featuring pre-human primates. Occasionally, too, he peppers in cellphone footage of real-life people around the planet, much of the pixilated imagery depicting scenes of tragedy and violence. Its placement in Malick’s grander narrative suggests an attempt to reckon with the direction humanity has gone, the footage surrounding it offering cosmic context: a reminder of how small we humans are in the grand scheme of things.

“So much joy,” Blanchett says at one point. “Why not always?” Those are all the words Malick needs to indicate his broader spiritual concerns. Even as he has become more prolific over the years, he remains as much the eternal seeker, questioning our place in the world even as he remains as committed as ever to a belief in a higher consciousness. Voyage of Time is perhaps his most direct expression of these long-running threads, a skeleton key of sorts in which he lays bare the spiritual striving that has always underpinned his work. That said, the 20-minute creation sequence in the middle of The Tree of Life more or less said everything this documentary says in about a third of the time, and that was tied to a compelling human story to boot. Voyage of Time may not be one of Malick’s richest works, but, more so than with Knight of Cups, it offers a reminder of why his consistently awed perspective remains as valuable to cinema as ever.