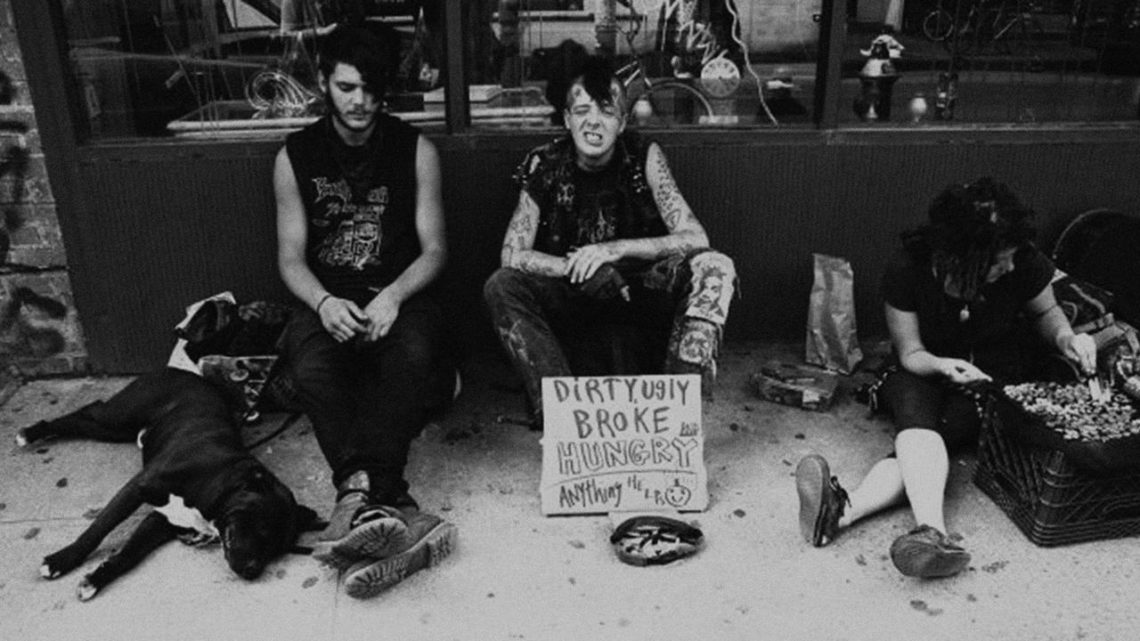 This Week on MUBI: “The Decline of Western Civilization”

Penelope Spheeris’ first Decline of Western Civilization film profiled the nascent Los Angeles hardcore scene on the cusp of the Reagan era. It captured a music scene and, more broadly, a social subset alienated from the mainstream and left to carve out an anarchic niche. Yet the second film in the director’s trilogy, subtitled The Metal Years, is less a sequel than a time warp, one in which the aggressive music of the day is not only out in the open but lucratively popular. The atonal noise and indecipherable howls of punk have become the glossed up and melodic strains of radio-friendly heavy metal.

The unspoken thesis from the outset is that if the first film embodied a decline in its filth and anti-conformity stance, its successor may truly announce the end of civilization,a moment in which Dionysian self-pleasure emerged as the true showcase of a decade’s rank commercialization. The film’s subjects are either blithely oblivious to their absurdity or so unreservedly self-aware that they could out-ironic any indie band on their best day. Gene Simmons of KISS chooses to be interviewed inside of a lingerie shop where the tackiest pieces of clothing all belong to him; decked out in glittering metal spikes, he looks like Francis Bacon’s sketch of a disco ball. Not to be outdone, bandmate Paul Stanley lies on a bed surrounded by groupies as he gazes up at the camera, delivering words of wisdom with a post-coital bliss.

On a first viewing, the film is overwhelming in its onslaught of leather, hairspray, makeup and energy. The various musicians and fans that Spheeris interviews are so loaded that you can almost get a second-hand high off of the alcohol fumes emanating from the screen. Even with the benefit of hindsight and the advance knowledge of which bands hit big and which faded into the ether, it is exciting to be among so many young people who do not simply believe that they will make it but know it. Ego is rampant, but so is optimism; the fact that these kids can sate their commercial hunger with a seemingly never-ending supply of women certainly doesn’t hurt, either.

Gradually, however, the cracks start to form in this glitzy, sleazy portrait. One wannabe with bad skin and worse fashion sense makes boorish cracks nearly every time Spheeris asks him a question. In a montage of musicians discussing groupies, usually with immense gratitude and swinging-dick swagger, this kid callously calls the the “fleas and ticks” of the rock world, despite admitting earlier that he convinced a female fan to pay for his band’s flyers. Elsewhere, you can see how innocent sleaze has corroded some people: London, a long-standing local band who have plugged away at small clubs while some of their peers, and successors, have gone on to success, come off as grotesque hangers-on, too old to rock but too young to die.

Spheeris, to her credit, is no passive documentarian. Heard off-screen, she will often subtly challenge her subjects when they become too crass or clueless. When the men get fixated on all they get out of groupies, she asks what the women get out of them. Circling back around to how financial unsustainable the lifestyle is for everyone who isn’t a star, she occasionally lobs barbs like “I wanted to shoot you at your home, but you don’t have one.” Spheeris’ prickly personality is not insulting for its own sake, only reactive, but it fits perfectly in a film predicated on attitude.

If Spheeris lets some interviewees tie their own nooses, she also calls attention to articulate opinions, most especially Alice Cooper, who calmly speaks to Spheeris while sitting on-stage holding an actual noose. Cooper, like veterans Lemmy and Ozzy Osbourne, has a maturer view of the belated popularity of the genre they helped to found. When Spheeris asks Lemmy about bands who make themselves look pretty to get ahead, the famously rough-looking icon simply says “Good for them.” Steve Tyler and Joe Perry of Aerosmith freely cop to mounting a comeback for the ‘80s because they spent all the money they made in the ‘70s on drugs. They have an honesty that comes from comfort, and it is refreshing when juxtaposed with the young scrambling to put on a good face for the cameras, and themselves.

Today, the film is perhaps most famous for its grimmest moments, like scenes of Ozzy talking about sobriety while his hands viciously shake as he makes breakfast. Most infamous is the interview with W.A.S.P. guitarist Chris Holmes lounges in a pool downing liquor as his mother watches on silently. It is a haunting scene, one that suggests that even those who have hit the big time still face the spectre of ruin.

Figures like Holmes and Bill Gazzarri, a gross old club owner who preys on wannabes bands and desperate young women, anticipate the collapse of this bubble, and despite Spheeris’ tendency to narratively stack the deck in her favor (supposedly, the Ozzy breakfast scene was faked), the film rates with the best music documentaries for its blunt honesty. Nonetheless, The Metal Years is a funny, engaging film that is frequently a nostalgic blast. It’s hilarious to think that bands putting on makeup and doing revved up covers of dad rock standards (peep Lizzy Borden trying to look cool belting out “Born to Be Wild”) constituted a social crisis, but just listen to the probation officer that Spheeris interviews who finds demonic symbols in everything and runs a “de-metalling” program to save heshers. This dated form of cock rock is just cheesy these days, and even the hyper-sexed mentality on display comes off as mostly benign.

The definitive interviewee of the film may be the doomed wannabes Odin, who subsist on a constant level of hype from the vapid scene and believe that they will be bigger than The Doors. Time had other plans for the group, but their unvarnished enthusiasm, even in the face of their below-average talent and nonexistent impact, is the documentary in a nutshell. Even if they had to grow up and get real jobs, they were having the time of their life, and it’s impossible to hate them.

If you’re interesting in watching The Decline of Western Civilization on MUBI, use your Movie Mezzanine coupon for an exclusive discount and access to a breathtaking library of cinema! Note: MUBI now offers its streaming service to North American users via a Playstation 4 app. Visit the Playstation Store to download for free.