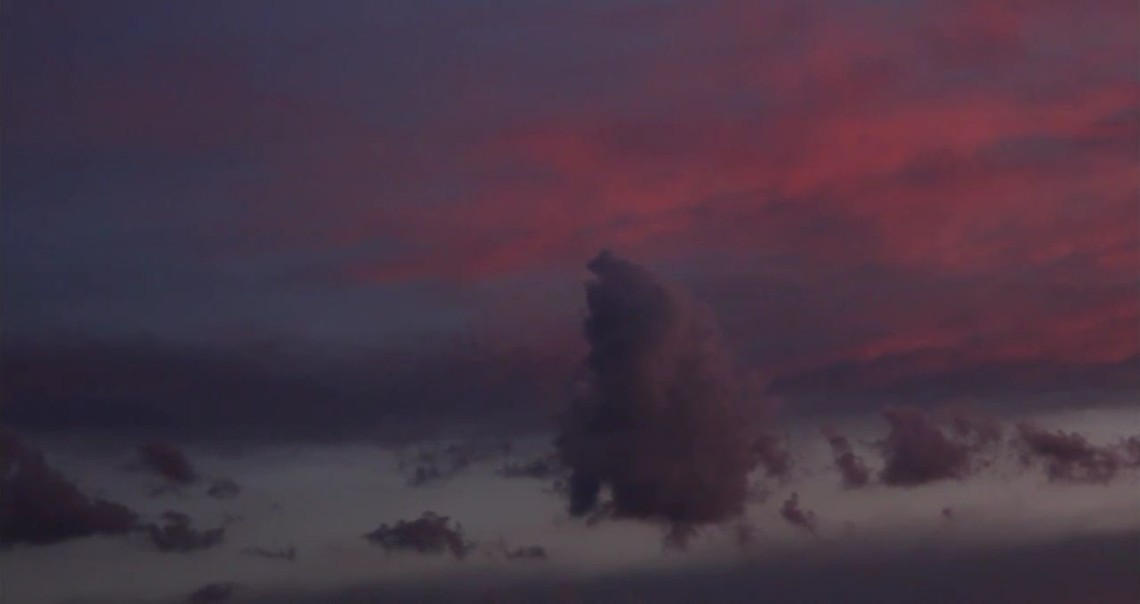 In this week's column, Jake Cole focuses on the new avant-garde film "88:88."

A muffled jumble of quotations and out-of-context dialogue announces the start of Isaiah Medina’s 88:88, a cavalcade of staccato sounds matched in sheer overload by the images, which themselves overlap in superimpositions of widescreen frames and vertically oriented phone video. If the various clips of speech do not seem to go together, the images, wholly unrelated, offer no more understanding. This furious, no-warning beginning immediately challenges the viewer to pay attention, if not to keep their seats, period.

Yet as bewildering as this immediate blitz is, it is also beautiful, and the inventiveness of the film’s construction takes swift priority over narrative or even spatial coherence. The interplay of faces with close-ups on textbooks filled with math equations is evocative but also playful, as is a shot that seems to superimpose a young woman’s face over itself and renders the shared shape translucent, using a doubling of the real and alive to create a ghost.

Images recur throughout, disconnected glimpses that derive meanings from their order in montage;thus, those interpretations are subject to change when shots are replayed stitched to different scenes. An explanation for this structure can be found in the title, which refers to the readout of a digital clock after it comes back on following a power outage. This becomes Medina’s central metaphor for a film about the poor people he knows, people who may well be used to the sight of their appliances losing, then eventually regaining power in-between bill delinquencies. Medina has said that the poor are suspended in time, an apt notion of those whose paycheck-to-paycheck living precludes any desire to look back at a hard past and an ability to prepare for any future. This small piece of information provides something of a skeleton key for the film, providing an anchor for Medina’s experimentation.

Yet to view 88:88 entirely as metaphor or avant-garde political expression is to miss what makes it so invigorating. One of the pitfalls surrounding discussion of abstract cinema, indeed any kind of modernist or postmodern art, is that too often the topic turns to meanings in an attempt to justify why someone would willingly subject themselves to something so…wrong, so completely antithetical to established rules. Yet as far back as at least the advent of Impressionism, the most radical breaks from artistic norms have been most rewarding when viewed as tactile objects expressing a perspective over a theme. You can frame Jackson Pollock as a postwar expression of fear and trauma, but the immediacy of his slashes and splotches of color is what keeps people coming back to them. To fully understand Ulysses would require working knowledge of, among other things, early-20th century Irish nationalist politics, canonical and popular literature from Beowulf through the novel’s publication, and, if you can help it, at least three languages. But to parse every sentence for symbolism is to miss the frantic, hilarious raving of the whole, the way it seems to be a transcription of the mind itself. Without understanding the textual immediacy of these works, subtextual evaluation is by definition incomplete.

Medina’s film operates the same way. As a means of cinematically rendering the poor outside of “cry of the fishmongers” condescension or reductive melodrama, 88:88 is fascinating. But it’s truly worth watching for its boundless sense of enthusiasm, its heart-on-sleeve desire to capture the essence of everything on film, be it a still life of a sunbeam perfectly striking the indent of a pillow on which a head recently slept, or one of Medina’s friends as they alternate between rhetorical and conversational dialogues. 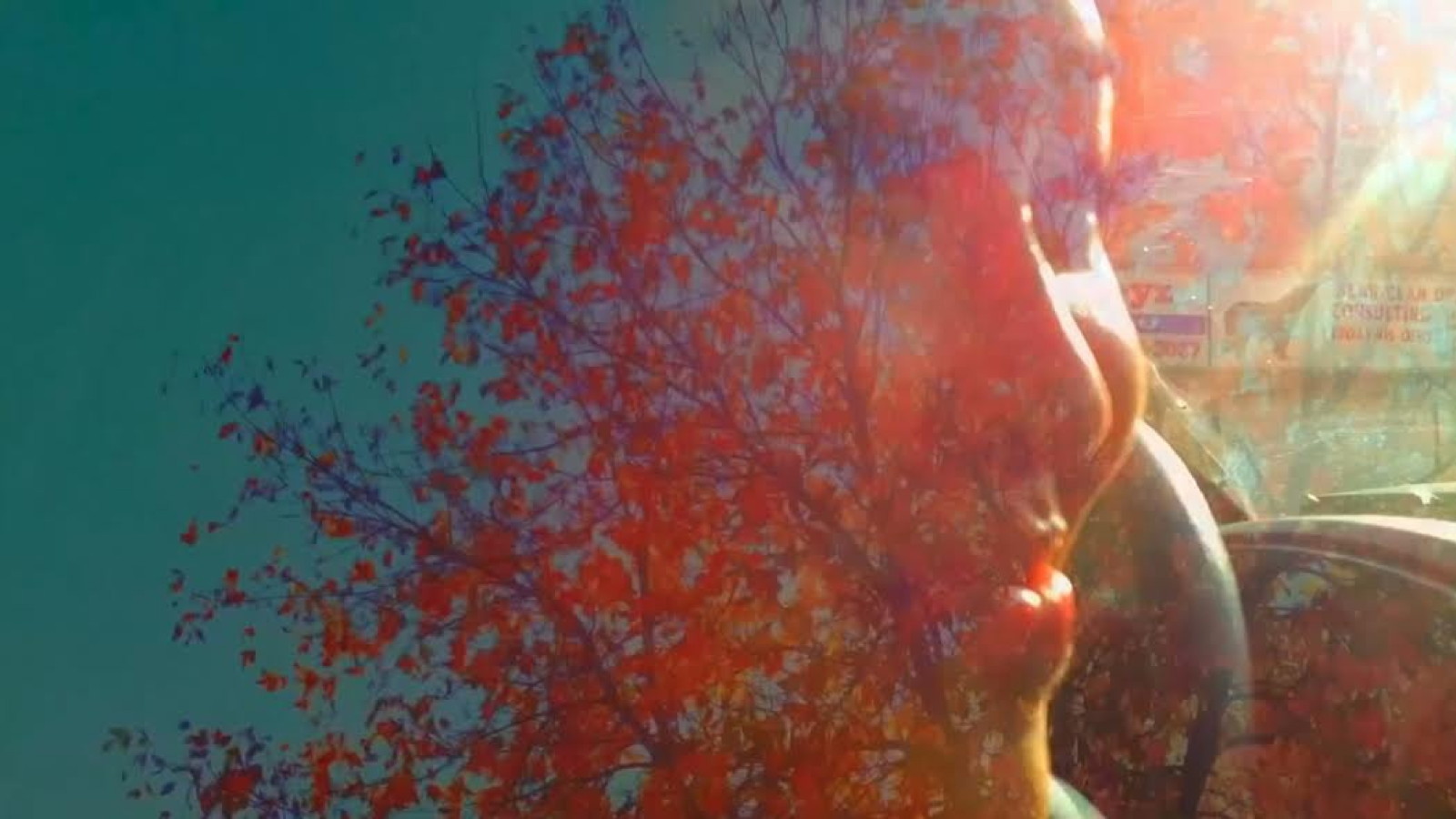 Regarding the latter, no other film that comes to mind so accurately reflects the feeling of joining a group of friends who have known each other for years, forcing you to sit back confused as they share references that predate you or leave certain thoughts unfinished because they assume such familiarity of their pals that they can fill in gaps with prior knowledge of feelings and events. Medina is less concerned with giving the friends who dot his feature something to do as he is simply filming them, chasing after at least some aspect of who they are even if they’re just reciting quotations. This is cinema for its own sake, refusing to play by any rules and glorying in the mere fact of itself.If no one could tag the film as a work of realism, its fragmented, youthful energy nonetheless says more about the lived reality of its subjects than a Dardennes brothers film, with its aesthetically acceptable form of truth, ever could.

It is a peculiar irony of abstract film that it should often present the most concrete cinema; few films have the tactility, the presence of 88:88. Just as the thickly ridged lines of a Monet painting nearly override all sense of decorum and beg to be felt, so too does 88:88 feel as if it unfurls in physical space. A shot of rain pooling in a street as the puddle turns bronze by the reflection of a streetlight is so gorgeous yet roughly captured that anyone who’s ever waited for a bus in irritatingly cold drizzle could mistake it for their own memory. Sound, too, reveals much through its juxtapositions; when a moment of soundtracking fades Soulja Boy into Webern’s piano variations, Medina is at once wry and heartfelt, embodying a complex identity that has room for low and high without saying a single word about it.

This blend of the aesthetically adventurous and the textually honest arguably peaks with a recorded rant by a friend. It starts like a stilted, practiced speech with the phrase “I need capital,” but soon all pretenses fall apart as the young man, increasingly through tears, talks about the envy he feels toward friends and extended relatives who enjoy any material comforts while he and his mom starve to keep a roof over them. His despair and undirected anger would be the dramatic peak of a scripted film, likely shot in medium-close-up with a few reverse shots of humbled listeners. Here, however, that audio is laid over shots of one of Medina’s friends, possibly the one ranting, possibly not, as he walks around his Winnipeg neighborhood and happily plays with some local kids. Two moments, each capable of being interpreted their own ways, create a new meaning when paired together, suggesting that this kind of scathing, soul-baring moment is forever just under the surface as this person casually tours his surroundings and is confronted with the physical and material limits of his own life and those of his loved ones. There is much to unpack in the film’s overlapping references to Badiou, Plato, mathematical theory, and a host of other ideas, but it is scenes like this one that most directly challenge the viewer and any concept of what cinema should be.

If you’re interesting in watching 88:88 on MUBI, use your Movie Mezzanine coupon for an exclusive discount and access to a breathtaking library of cinema!