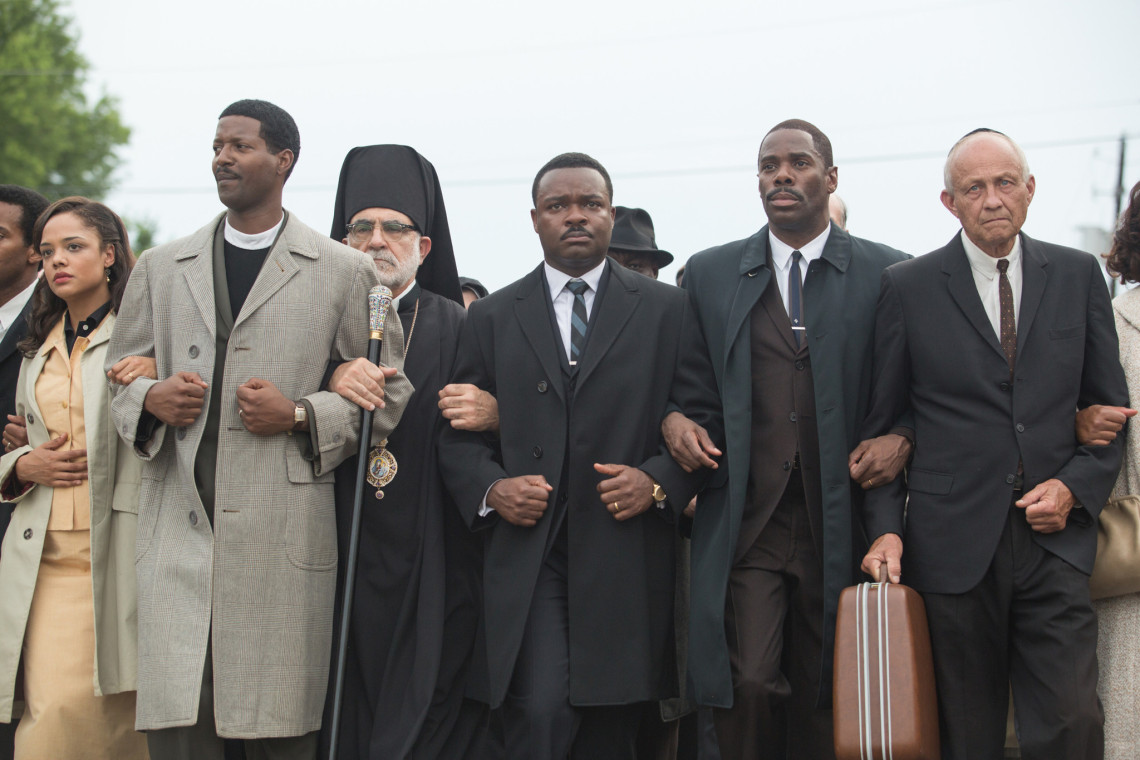 This Revolution Goes On and On: Director Ava DuVernay on Her New Film “Selma”

There have been a number of groundbreaking films released in 2014, but when racial injustice has become all the more frequent within contemporary American society, no other motion picture feels quite as important, or as timely, as Selma, the latest from Ava DuVernay. The film depicts the pivotal period of history when Martin Luther King Jr. led the civil-rights voting marches from Selma to Montgomery, Alabama in 1965.

From George Zimmerman getting acquitted for the murder of Trayvon Martin, to Darren Wilson being cleared of all charges in the shooting of Michael Brown, to Daniel Pantaleo receiving no indictment for the strangulation of Eric Garner, even after he was caught on film, nonetheless, and so on, it stands to reason that, given the events the film covers, Selma demands to be seen. Not only does it capture the horrific parallels of how racism in the United States remains alive and thriving, it also conveys the importance of how non-violent forms of rebellion can still make more of an impact within modern-day civilization than responding with other various forms of bloodshed.

In the following interview DuVernay talks about her new provocative motion picture and vividly conveys its cultural significance within this day and age, and how without understanding this moment in history, humanity is destined to repeat itself when it comes to these necessary forms of social protests. 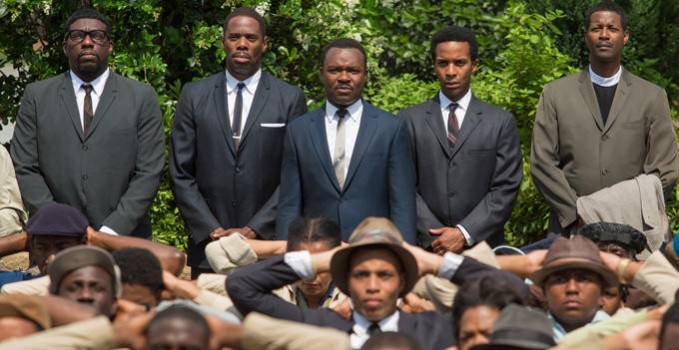 Movie Mezzanine: There are so many great chapters in Martin Luther King Jr.’s life. What made you want to focus on this one in particular?

Ava DuVernay: His life is very episodic, you know? You could make a whole film about his time in Montgomery around the bus boycotts. Or another one on the march on Washington, when he made the “I Have a Dream” speech. Or Memphis, or Birmingham… So in terms of Selma, I was really attracted to this period of time because I feel that it really encapsulates everything that he came to be.

You’ve got challenges in his personal life, professional life, the black power movement was moving in, people were kind of veering away from him and yet he still had these very huge social issues that he was tackling. This is after the Nobel Prize, after the four little girls are killed in Birmingham, after “I Have a Dream,” so it’s this moment when he’s firmly established, and it’s kind of like, ‘What does a great man do next?’ I was just really fascinated by that.

Usually in films we see the rise, but you don’t really see what it takes to maintain that, so that was really fascinating to me.

Why do you think it took so long to make a film about him and Selma?

It’s ridiculous, but I really don’t know. It’s been fifty years since these events happened, and there’s never been a major motion picture with King in the center. He’s always been kind of an ancillary, peripheral character, if at all.

But I think there’s some kind of chasm with the film wanting to be out right now. We’re in this cultural moment that’s very robust with a lot of conversation, change, and action happening. Not just here, but around the world: Hong Kong, Mexico, Brazil… You have movements where people are really amplifying their voices. And so I think there’s something around this cultural moment and a piece of art meeting that moment that’s really beautiful. I don’t know why it’s taken so long, but the time is now.

I love the film for that too, because whenever I think of films about fighting for civil rights, I think of films like Glory (1989), for example, where a white actor, such as Matthew Broderick, is the protagonist.

Exactly, a white savior! And what’s great about your film is that you centered on King. He’s not a supporting character, he’s not in the background; he’s the main focus. Was this a hard film to get launched because of that?

Well, there was a previous script that was more ‘white savior’ centered, and that’s why I think it’s so important to allow different perspectives behind the camera and in the scripting process, because, you know what? No offense to white men writing white savior movies, because we all put ourselves in the center of our own story. It’s just human nature. And when I got the script, I put myself in the center of the story, right? And I think the time has come for more voices to be able to tell their stories so we can all grow and learn from each other.

If I have to see another black, historical drama from a white perspective, I swear I’m going to scream in this room. The publicists will rush out and say, “What are you doing to her?!”

(Laugh) I also love the fact that you paid as much tribute to the women of the civil rights movement as the men, especially considering that the film takes place during the 1960s and gender politics were even worse back then than they are today. Was it difficult to research the female members of the community since sexism was even more prevalent in society nearly fifty years ago?

Thank you for noticing that. Everyone in the film who played a named character is a real person, including the women. Annie Lee Cooper, the woman who hit Jim Clark with her pocket book in 1965, who was played by Oprah Winfrey. Amelia Boynton, who’s still alive at the age of 104 and is played by Lorraine Toussaint. Diane Nash, who’s played in the film by Tessa Thompson. Martin Luther King’s wife, Coretta Scott King, of course, who’s played by Carmen Ejogo. And even Richie Jean Jackson, played by Niecy Nash, who welcomes everyone into her kitchen and makes them all sorts of food.

All of these women had something to do with the movement in one way or another, from Diane Nash, who’s in the strategy sessions right with the men, to Richie Jean Jackson. How important was it that they were comfortable at night, that they had an ironed suit, that they were well fed, so you can go out and make the speech that rallies the people and changes the world, right? And so, by not including her, you would minimize her place in it because she just cooked and cleaned. But when you really deconstruct everything and look at how important all of these women were in their different roles, they were just as significant as the men.

It’s not hard to find information on them; you just have to look for it. They may not be in the headlines of many history books, but all of the women have written their autobiographies, and while they’ve been minimalized and marginalized, they’re still there. 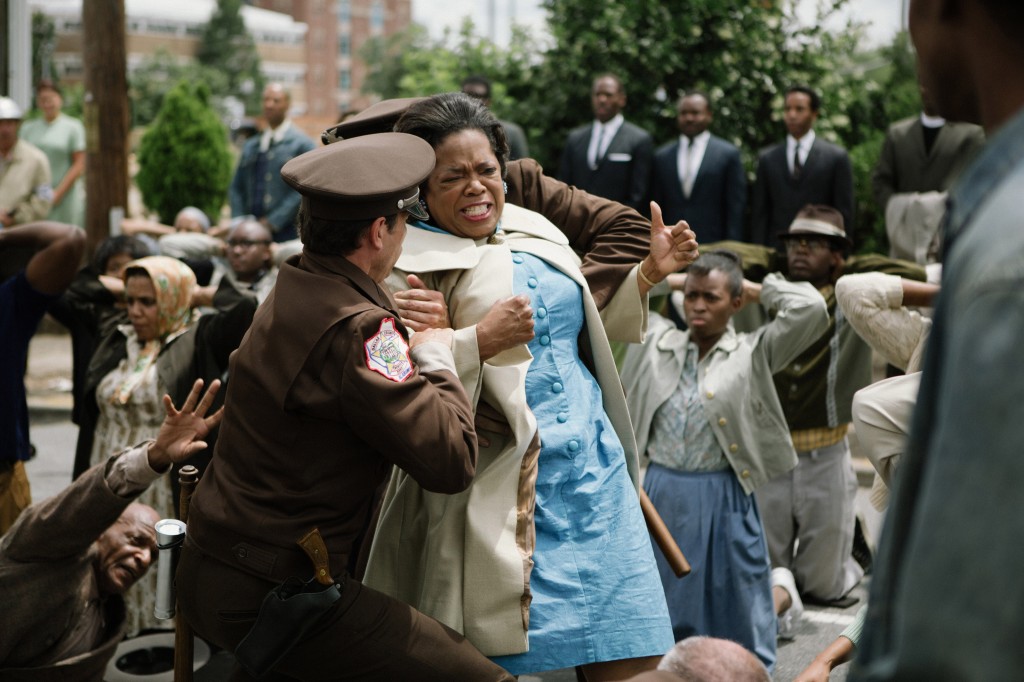 The violence in this film is very hard to watch, and appropriately so. What methods did you use in your approach to filming it?

It was really important that the violence felt very visceral and very immediate. We open the film with a very violent act because it was important that we put you in the place of what was really a terroristic day for black people in the South. And to be able to really feel that, and I have a distance from it… I think the way that violence is depicted in film is so often for spectacle, and a violent act is a really physical act: the punch, the hit, the gunshot.

What I tried to do is show the emotion that happens after it. So we slow the camera down, we slow the film down and make you look at a face that’s just been violated. We make you look at the people around it; how they are reacting to that violence, and I think that is… Maybe it’s a woman’s approach to violence, you know? Really seeing the face of a mother screaming for her child who’s just been shot down, or showing the grandfather in the morgue.

These things are a different approach than just the violent act itself; going past the moment of impact to the point of emotional impact.

Upon doing research for this film, what would you say was one of the most important perspectives you learned from King’s historical tactics?

Oh, gosh. Well, I grew up in South Central in Compton [Los Angeles], so a lot of people loved King and SNCC [Student Nonviolent Coordinating Committee] and the SCLC [Southern Christian Leadership Conference], but Compton is really the home of the Black Panthers. It’s a Panther, Malcolm X kind of community. The lore from those stories is what really takes precedence and captures your imagination being from that place. Because so much of the organizing happened for the Black Panthers on the West Coast: Oakland, Compton, etc.

So I think, for me, King initially came off as a little soft. But really exploring the theories of non-violence… I mean, for a long time I thought, “Oh, it’s because he’s Christian, and it has to do with his faith,” but what I really tried to show in the film was what I learned, which is that it was a strategic, politically savvy and very radical way to go at that time.

You cannot win against militarized force. We are regular people, and none of us have tanks. If the five of us in this room got up and said, “We are gonna do it,” and brought all the firepower we could, there’s nothing we could do to go up against that kind of brute force. It’s been like that for decades, and that’s still the way it is today.

So, then what do you do? Do you keep throwing rocks at a tank? Or do you think of another way? And that is radical, and that is friggin’ badass! And that is, for some reason, been homogenized and kind of made to feel weak, but really, what I learned is how strong and dynamic it is. That was a big deal for me, and that’s what I tried to share.

We still go through many of these types of situations today, especially with everything going on in Ferguson, to name one example. What do you think that this type of movement says about the way we persist with similar political issues in the present?

It just says we’re on a continuum and that we’re in the same space. I think that the level of aggression, and police aggression, and all of these systematic violations against people of color and people who are outside of the mainstream have matured, and blossomed, and kind of elongated since 1965. A lot has changed, but a lot has become more focused in terms of systems. And so I don’t know if the tactics of resistance have matured and blossomed in the same way, because in some ways we’re still doing the same things.

I think that if you don’t know the history and what was done, you keep starting over from the same place. So what I’m hoping that Selma does is say, ‘This is the base, now what?’ Because the social action has to mature, just like what we’re resisting against has matured, and up until that happens, we’re going to keep doing the same thing over and over. You can’t change history unless you know it, so I’m hoping this film does that.

One thought on “This Revolution Goes On and On: Director Ava DuVernay on Her New Film “Selma””