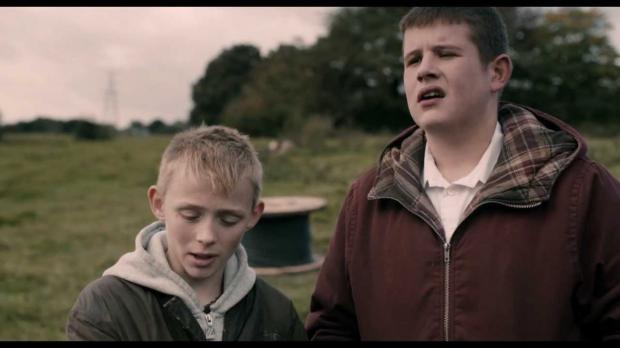 Last week saw the end of some important film festivals in Europe.

In the Mediterranean, and to be more precise, in Spain, two festivals came to a close. First, the 10th edition of the Seville European Film Festival came to an end. The festival ran from 8 to 16 November 2013 and awarded the Golden Giraldillo to Alain Guiraudie’s Stranger by the Lake “for its sincere and original approach to the nature of love” as well as the Best Photography Award for Claire Mathon. In the Official competition section, the Silver Giraldillo went to Gianfranco Rosi’s Sacro Gra “for capturing ordinary life with extraordinary sensitivity and humanity” while the award for Best Direction was bestowed upon Tsai Ming-Liang for Stray Dogs and the one for Best Script upon Clio Barnard for The Selfish Giant. The award for Best Actress went to Alexandra Finder, for her role in The Police Officer’s Wife while Toni Servillo, who had the leading role in La grande bellezza, received the Best Actor Award. This film also received the Eurimages Award for the Best European Co-production. Meanwhile, in Gijón, the end of the 51st edition of the film festival (that ran from 15 to 23 November 2013) marked the triumph of Pawlikowski’s Ida that snatched the Principado de Asturias Award for Best Film, the Gil Parrondo Award for Best artistic direction and the Best Actress Award for Agata Kuleska. The Best Actor award went to Alexandre Landry for Gabrielle by Louise Archambault and the Best Director Award to Jeremy Saulnier for Blue Ruin.

Around the same time as Seville, the City on Seven Hills witnessed as well the closing of the 8th edition of the Rome Film Festival on 17 November, having run from 8 to 17 November 2013. The Golden Marc’Aurelio Award for Best Film went to Tir by Alberto Fasulo and the Best Director Award to Kiyoshi Kurosawa for Sebunsu kodo (Seventh Code) while Matthew McConaughey was given the Best Actor Award for Dallas Buyers Club and Scarlett Johansson the Best Actress award for Her; the award for Best Screenplay went to Tayfun Pirselimoğlu for Ben o değilim (I Am Not Him) and the Taodue Golden Camera Award for Best First/Second Film to Out of the Furnace by Scott Cooper. Jean-Marc Vallée’s Dallas Buyers Club was given the BNL Audience Award for Best Film.

Meanwhile, up in the North of Europe, and more precisely, in the capital of Sweden, the 24th Stockholm International Film Festival also ended on 17 November. It ran from 6 to 17 November 2013. For the second year in a row the jury has awarded a female director the prestigious Bronze Horse. Indeed, the Best Film Award went to Clio Barnard for The Selfish Giant, “a uniquely complete film”; Ryan Coogler’s Fruitvale Station was given the Best First Film Award; Alexandros Avranas’ Miss Violence received the Best Script Award while the Best Actor and Actress Awards went to George Mackay (for For Those in Peril) and Jasmine Trinca (for Miele) respectively; Lorenzo Hagerman was awarded the Best Cinematography prize for his work on Heli while Hans Zimmer received the Best Music Award for 12 Years a Slave (that was also awarded the Special Mention for Best Film) and Alisi Telengut’s Tears of Inge received the Best Short Film Award. Moreover, the Stockholm Feature Film Award went to She’s Wild Again Tonight by Fia-Stina Sandlund , the Stockholm Lifetime Achievement Award to Claire Denis  and the Stockholm Visionary Award to Peter Greenaway .

This week, more film festivals will end; so stay tuned for more details on their winners!