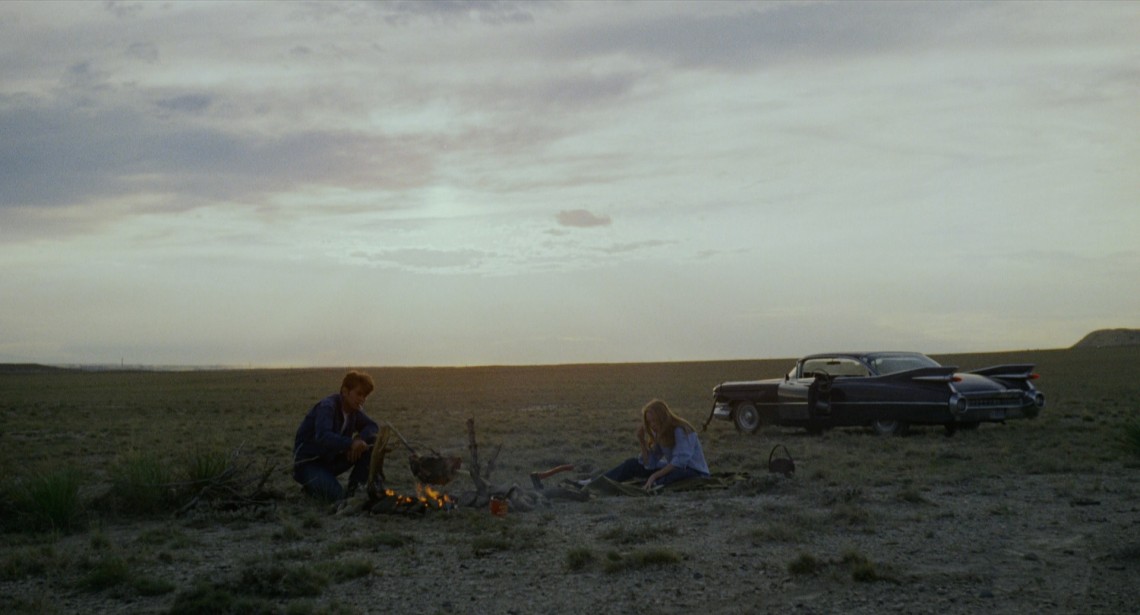 At the age of 27, Terrence Malick created what would be the screenplay for one of finest feature debuts for Badlands. It was loosely-based on the story of Charles Starkweather, a 19-year old warehouse worker who had a taste for murder. In December 1957, Starkweather has become a media sensation racking up the body count to staggering eleven deaths. For three months, Starkweather and his 14-year-old girlfriend Caril Ann Fugate evaded the law. When they were caught in February of the following year, Caril Ann was sentenced to life in prison, while Starkweather got the the chair. Malick was 14 when these events occurred and like for many others, the entire saga captured mass attention. These events would be the foundation for Badlands.

Few directors have had their film catalog scrutinized as highly as Terrence Malick. He often takes years between projects to finalize his vision. More often than not he arrives with a film worthy of the lengthy wait. It would be four years after Malick’s first credited short film, Lanton Mills, that he would direct his first feature. He would raise $25,000 of his own money in order to finance the film, he just needed to cast his own Starkweather and Caril Ann. 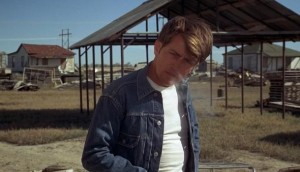 For the role of Starkweather, Malick brought Martin Sheen on board. Sheen had the perfect charisma and demeanor to capture the neurosis of the serial killer. Instead of making Badlands an exact replication of the Starkweather killings, Malick significantly altered the series of events. With equal parts madness and longing, Sheen’s character Kit would be the demon you never saw coming. One of the more significant pieces to just how successful Badlands is as a film, is because of the extreme tonal shift in the film. What at the start is a case of lovers being forced apart by parental figures, becomes a trigger-happy adventure.

Of course none of Badlands would work without the talents of Sissy Spacek as the 15-year old Holly. In the film, Holly is enamored by Kit. Someone as handsome as him, heck he looks just like James Dean, would choose her to be his girl. Even though Kit might be a little odd, Holly feels loved and safe around Kit, even if Kit would do irredeemable damage to her daily life. 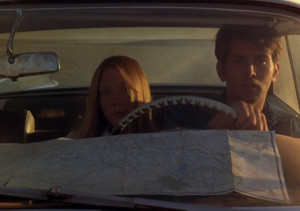 Badlands carries a lot of the subtle trademarks Malick would continue to use throughout his career. Most notably is the reliance on voice-over in his films. In the case of Badlands, the carnage and events are seen through the eyes of Holly. This is actually a fantastic idea by Malick since we never exactly find out what goes on in the mind of Kit. We can only imagine that due to his love for Holly he would never pull the trigger on her, although there is always that chance. There’s also the sense of Holly losing her blind loyalty to Kit and finally realizing exactly what lies in front of them. Voice-over can be a tricky element to use correctly without it becoming a crutch to power through messy exposition. Malick uses it organically in his films, as if the journey through the characters thoughts is more important than the journey that they physically take.

On repeat viewing, Badlands allows the viewer to focus on the subtle character interactions instead of the shock of the killing spree. Why exactly does Kit decide to spare the rich man and his blind maid? He seems to have some kind of code that uses to determine who he will kill. When he shoots some bounty hunters in the back, he said he felt bad, but since they were in it for the money he felt righteous in shooting them. Or course it could just be a case of Kit wrestling with his own demons.

Although it would be five years until his follow-up, Badlands was a strong foundation for Terrence Malick’s filmmaking prowess. From its premier as the closing feature of the 11th New York Film Festival, Badlands was a triumphant feature debut. With its mixture of all encompassing love and overwhelming death, it delved into the psychosis of a man man and exactly what he was willing to do for love and acceptance. Once that love was gone, the journey was at its end. Badlands continues to shine forty years later and is a vital piece of American filmmaking.