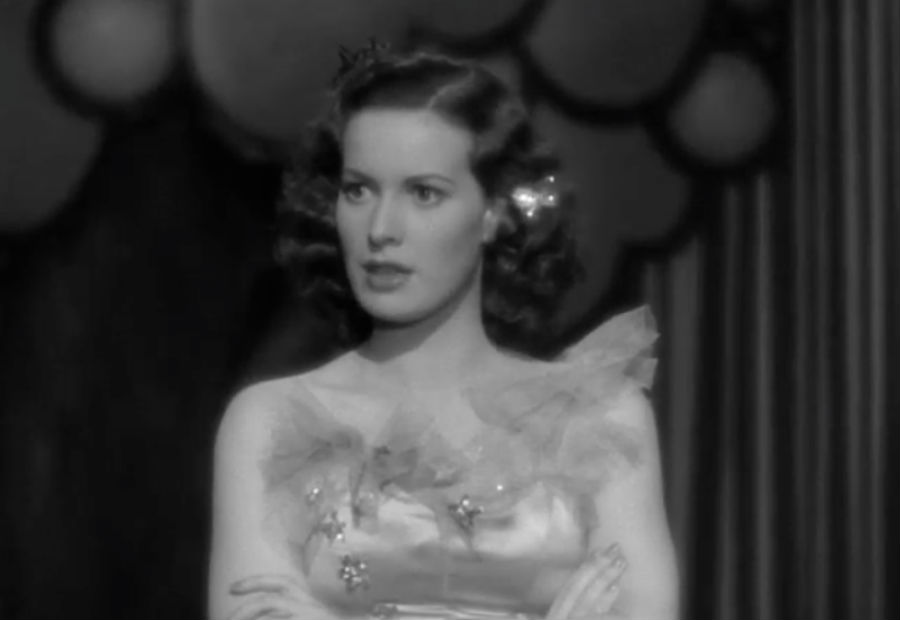 The Male Gaze Has Outlived Its Usefulness

The issue of gender in cinema is one with a long history of debate and disagreement, and it’s (thankfully) not going away any time soon. It’s hard to read about any film these days, from Nymphomaniac to Tammy, without coming across considerations about how women are depicted onscreen. For every film that seems to push or challenge traditional gender norms, there’s a handful that reinforce them. Are we making genuine progress, or is it a losing battle?

Any discussion about gender and cinema must begin (though not end) with a thorough understanding of the male gaze. As one of the most pervasive talking points throughout the history of the cinema and film theory, an understanding of the male gaze from classical Hollywood cinema until today is crucial if one wishes to deconstruct the representation of gender in film. Once there, we can begin to see where the theory falls short, and how it has slowly outlived its usefulness.

As Laura Mulvey famously introduced in her 1975 essay, “Visual Pleasure and Narrative Cinema,” males get the most pleasure from watching films because the structure of the cinema (not its content) demands the male gaze. “The cinema poses questions about the ways that the subconscious (formed by the dominant order) structures ways of seeing and pleasure in looking,” she wrote. Put simply, a patriarchal society will produce patriarchal art–women in film are passive while men are active, and men engage in and are rewarded for their desire to look while women are not. This probably comes as no surprise. For Mulvey, a woman watching a film is watching with a male gaze, too, by participating in and helping to normalize objectification of the onscreen female.

Her solution was to offer an “alternative cinema,” a place where filmmakers would not be burdened by the prevailing ideology of Hollywood, and a women’s cinema could succeed in challenging patriarchal control over film. In this alternative cinema (which Mulvey herself participated in as a filmmaker in experiments like Riddles of the Sphinx), there was freedom to be creatively radical in a way that mainstream cinema could never be. “A politically and aesthetically avant-garde cinema is now possible, but it can still only exist as a counterpoint” to the mainstream, she wrote. This new alternative cinema would inevitably be a small contrast to what is popular, for the dominant structures would continue to be dominant.

Mulvey’s argument felt fundamentally flawed to many theorists, who argued she was too cynical with her conclusions. Feminist writers like E. Ann Kaplan and Naomi Scheman saw her analysis as self-defeating and looked for other ways to challenge the gaze. Why relegate yourself to cinema that will never incite change? While Mulvey dismissed classical Hollywood cinema as unsalvageable, these theorists thought it worthwhile to re-examine those films and look for examples that did what they could within that structure to confront the gaze.

For example, Kaplan highlighted Dorothy Arzner’s 1940 film Dance Girl Dance as an example of a classical era film that challenges the male gaze. The plot revolves around men looking at women at burlesque performances, and the climax is truly remarkable when one considers the year it was released. Judy, the main character, addresses the crowd at the performance (and the audience watching the film), berating the men who come to watch the women on stage. “I’m not ashamed,” she declares. “What do you suppose we think of you up here? What’s it for, so you can go home when the show’s over and strut before your wives and sweethearts and play at being the stronger sex for a minute? I’m sure they see through you just like we do.” It’s a powerful speech, and Judy absolutely takes on an active role. As a (reportedly lesbian) female director working in classical Hollywood, Arzner must have been intentionally making the object question the observers to make a point. When the crowd erupts in applause, it unfortunately absolves them (and us) of accountability, but the stirring speech remains with us.

The male gaze becomes even more complicated when considering contemporary cinema. There are more female filmmakers (though the industry is still male-dominated), female characters are often given more agency, and feminism has become a cultural force to be reckoned with, perhaps most visibly (if superficially) with the Bechdel test. And yet, objectification endures and the male gaze has not gone away. Female directors must now grapple with, as critic Glenn Kenny cautions them against, whether or not they have a social responsibility to the representation of women in their films. As more women gain power in Hollywood, should they really be judged for how forcefully they challenge the status quo, so that politics overtake art? It seems counterproductive for women to focus on the politics of representation once they are able to have their voices heard.

One of the more interesting (if potentially exhausting) debates about representation in the last few years has been around the relationship between glorification and commentary. Does The Wolf of Wall Street glorify the greed and misogyny that it depicts? Or are we meant to reflect on this behaviour and see it as a criticism of such a lifestyle? When provocateur Harmony Korine has his camera go underwater and ogle the bodies of his young female stars in Spring Breakers, is this a pure celebration of the male gaze or is it a commentary on such–is it possible to have it both ways? 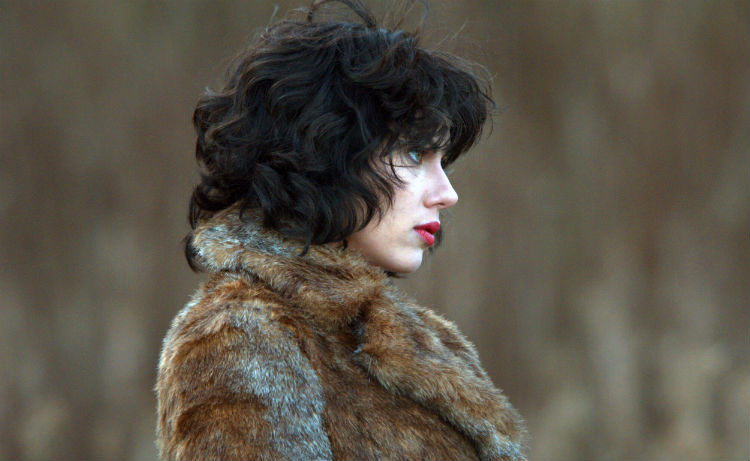 There are many strategies and techniques that modern filmmakers employ to challenge the male gaze. One way is to objectify men as much as with women, thereby achieving a kind of equality in gaze. For example, Steven Soderbergh’s Magic Mike features plenty of man meat presumably intended for a female (or homosexual) gaze. Some feel that this type of equality is counter-productive, meaning that neither gender deserves to be objectified. One could also argue that this kind of “female gaze” in fact supports and perpetuates the male gaze by merely applying the male gaze’s penchant for objectification of the female form to the male form. On the other hand, if Entertainment Weekly is going to have Anna Paquin naked on their True Blood cover, why have Stephen Moyer clothed? Why not reward the gaze of both sexes?

More recently, films like Jonathan Glazer’s mesmerizing Under the Skin aim to take the male gaze and spit it back at the audience. It achieves this first by inverting the classic power dynamic, with Scarlett Johansson’s character preying on unsuspecting, random men. She unclothes, but her body is practically desexualized in its presentation (one scene even feels clinical in its anatomical appraisal), and the result is always undesirable for the equally full frontal, and vulnerable, male characters. Hell, the film even begins with a direct female gaze, Johansson’s eye staring into the camera: a clear statement of cinematic intent.

With women’s cinema having begun to seep into the mainstream, as Mulvey imagined it never could, female voices have started to be heard more often, louder, and in new ways. As the male gaze has become shorthand for any piece of entertainment featuring objectification of the female form, like Game of Thrones‘ notorious ‘sexposition,’ it certainly plays a part elsewhere. For example, moviegoers (both male and female) have been conditioned since classical Hollywood to expect a (white) male protagonist. Even today, with this remaining relatively unchanged, we find it easier to identify with these characters, and efforts to challenge this are comparatively small in number. As Martha M. Lauzen found in her look at the top 100 grossing films of 2013, only 15% of protagonists were women. However, there are reasons to be optimistic. Films led by women, both in front of and behind the camera, typically do very well financially, and one can hope that Hollywood (which is frustratingly slow to change) will take notice. With female-led films like The Hunger Games: Catching Fire ($864 million worldwide), Gravity ($716 million), Zero Dark Thirty ($132 million), Frozen ($1.2 billion) and The Heat ($229 million), it is clear that female protagonists are a profitable business.

It’s telling that only two of those films were directed by a woman, and Frozen’s Jennifer Lee co-directed with a man. Female-led films (protagonists and directors) are more present in independent cinema, and encouragingly, it is far less of an alternative ‘counterpoint’ than Mulvey imagined. While these films do not necessarily break down the very structures of the industry as Mulvey’s experimental films attempted, filmmakers like Sofia Coppola and Kathryn Bigelow prove that these perspectives can comfortably move into the mainstream. Bigelow in particular, playing in decidedly masculine genres, proves that one doesn’t have to make a concerted political effort to inspire change; it just happens.

These films unquestionably still exist within the patriarchal film industry and the dominant structures that Mulvey so furiously railed against. Propping up a few examples of women that challenge not only their position but also the male gaze is not sufficient to truly tell the story of women and film, but it is heartening to consider the many women that have successfully struggled to have themselves represented onscreen. It’s also just a starting point. It stands to reason that the more female filmmakers we see, especially in the mainstream, the less conversation will need to be had about the male gaze, the Bechdel test, and so on, and the more interesting stories we will be rewarded with. Mulvey’s decidedly radical point of view is useful as a conversation starter, but it’s less effective in practice today.

If we want to continue to evolve, we have to realize that Mulvey’s male gaze is a theory that now does more harm than good, despite its resilience as a starting point for understanding the film industry. For all the radicalism, the concept of the male gaze seems to have been designed to bring attention to the problem while simultaneously accepting that this is how it is and how it will always be. It’s unproductive to resign oneself to the presumption that the cinema is inherently structured to please only a male gaze, and that these structures are not being eroded. The male gaze may exist, but it’s being challenged more than ever, and perhaps one day Mulvey’s “alternative” cinema can become the mainstream.

5 thoughts on “The Male Gaze Has Outlived Its Usefulness”