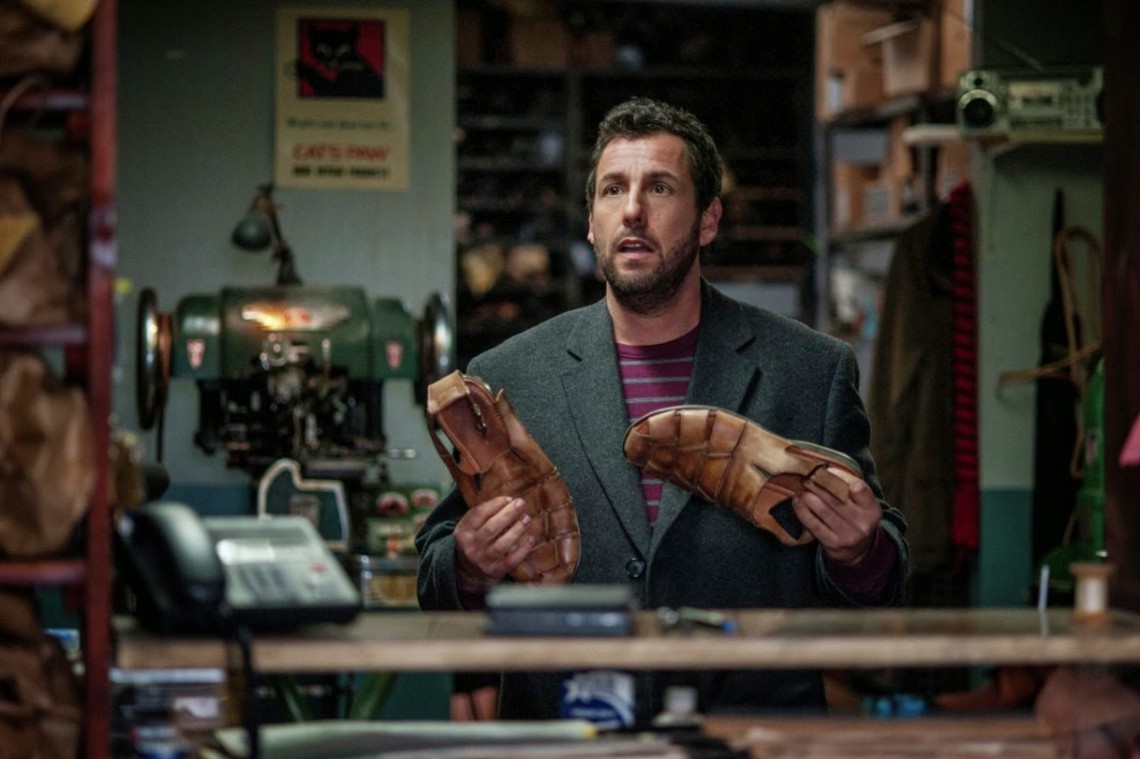 The Lure of the Pan

Within minutes of The Cobbler’s debut at the Toronto International Film Festival last fall, word started spreading that the movie could be an all-timer: a film so foul that it belongs in its own special category of crappy. By the time Thomas McCarthy’s latest feature made it to theaters and VOD this past March, it had become a perverse kind of essential viewing, and the subject of gobsmacked reviews and thinkpieces. Whenever critics and cinephiles stumble across a Cobbler-level catastrophe, they can follow one of two paths. One is to go the way of the doomsayer, making it his/her mission to tell everyone possible that this movie is unclean. The other way is to be more like the college roommate who passes a carton of sour milk around the apartment and says, “This is disgusting. Smell it.”

For a certain kind of film buff, those two messages are indistinguishable. There will never be a review so savage that it won’t make them say, “Now this I’ve got to see.” And I’m not about to say that connoisseurs of crud are misguided…because I’ve had that craving myself.

The other night, my wife Donna and I were looking for something to watch during the halftime of a basketball game, and we flipped over to one of our go-to retro TV channels—actually called “RetroTV”—and found a show we’d never heard of, Police Surgeon. An early 1970s Canadian medical/cop drama, made on the cheap to fill out American syndication packages, Police Surgeon is ugly-looking, turtle-paced, poorly acted, and kind of hilarious. By the time we’d spent 20 minutes laughing at the weird hybrid premise (“He’s a doctor! For cops!”) and overheated plot (“We have to find this diseased carny before he infects the whole town with typhoid!”), Donna and I weren’t sure if we should switch back to sports or set a season pass for Police Surgeon on our DVR.

The question is why. What makes lousiness so compelling that even reading that a film or TV show is terrible is enough to make some of us cancel all our other plans?

I suspect there are two big reasons, on opposite sides of the same coin. Call one side “novelty” and the other “ritual.”

Competence is too common. Most “bad” movies aren’t that bad at all; they’re just routine, uninspired, and hampered by budgets that keep the acting weak and the action weaker. But whenever a bigger film with name stars features some stunningly awful ideas or dialogue, it’s an odd bird that demands a gander. Even better, so to speak, are the no-budget pictures, made by amateurs who aren’t familiar enough with basic cinematic grammar to know how to block, frame or cut a scene.

These godawful films, for better and for worse, offer something unfamiliar, or at least unusual enough to seem almost fresh. I see slickly made product all the time. But something where the edits don’t match, or the lighting is too dim, or the plot takes a preposterous turn? That’s more of a rarity, and can be enjoyably jarring.

The atrocious can also be educational. Just as film students closely analyze Rear Window or Jaws to learn how to make a movie, they could take a look at something like the 1990 women’s prison thriller Caged Fury to see what not to do. The negative defines the positive, by leaving a hole where the quality should be. And these cut-rate shelf-fillers are sometimes striking in and of themselves, in the same way that an actual photographic negative has its own strange beauty, making the familiar seem beguilingly peculiar.

Some of my most memorable movie-watching experiences have involved rank garbage. I saw the above-mentioned Caged Fury on Cinemax in the wee hours of the morning in the early 1990s, and found it so dumb that for years I was half-sure I’d dreamt the moment where Erik Estrada frees a group of women who’d been held in what turns out to be a prison set located in a building near Grauman’s Chinese Theater. I recall the movie more vividly than most of the doggedly mediocre films I’ve seen. I can barely tell you what happened in last year’s Unbroken (aside from the shark-punching), but the jaw-dropping final scene of Caged Fury is burned into my brain.

One of the other reasons I remember bad-movie nights so fondly is that I shared so many of them. My buddy Jim and I have sat side-by-side for a lot of great films, but whenever we get together now, we’re just as likely to reminisce about the time we watched Jean-Claude Van Damme waddle around in a Pittsburgh Penguins mascot costume in Sudden Death. I think when people hear that there’s a Cobbler on the loose, what they’re really hearing is that there’s another movie they can go rip with their friends.

That’s not a “problem” per se, although there can be something mildly desperate about people trying to recreate a moment that was one-of-a-kind; consider the way moviegoers and theaters have tried to capitalize on the cult of The Room, not just by making it a midnight staple, but by trying to generate a similar hate-watch horde for overripe cheese like Birdemic and Sharknado. It’s fun the first time you and a pal catch a matinee in an empty theater and spend two hours mocking a hunk of junk. When you start coordinating schedules to see the worst-looking film at the multiplex at the least-busy time of day, however, that’s maybe a little sadder.

Also, I do think moviegoers should ideally walk into every screening with an open mind, rather than hoping for the worst. There’s always the potential for surprise. I have gone into plenty of movies firmly believing they were going to be laughable, but which ultimately turned out more than okay, such as Mr. Brooks, the Kevin Costner serial-killer thriller that ended up being far more knowing and witty than I’d been led to believe from advance press. If I’d gone in planning to make fun of Mr. Brooks, I might’ve missed what makes it special.

Along the same lines, it’s not always the best idea to dismiss the bland without making sure there’s not more there than meets the eye. Sometimes cinephiles should embrace boredom, and take tedium as a challenge to look more closely at what’s on the screen. Usually that advice works best with austere art films, but the same principle applies to a movie as middle-of-the-road as one of the Divergents. Is there something going on in the performances or on the technical side that’s worthy of more attention?

That’s a more challenging feat, and may not be as entertaining as rubbernecking at the scene of a cinematic accident—or as rewarding, for that matter. In theory, I could intelligently analyze and eloquently defend Insurgent (which, for the record, I actually haven’t seen) and still probably wouldn’t persuade many skeptics to give it a chance. “It has its moments” doesn’t exactly put butts in seats.

But if I write that a movie is so heinous that you should avoid it at all costs, it’s as though I’d sent out engraved invitations. That’s because, good or bad, we’re all eager to see something extraordinary. Such openness to new experiences is the lifeblood of cinephilia, even if it does open the door for the occasional Cobbler-like disaster.