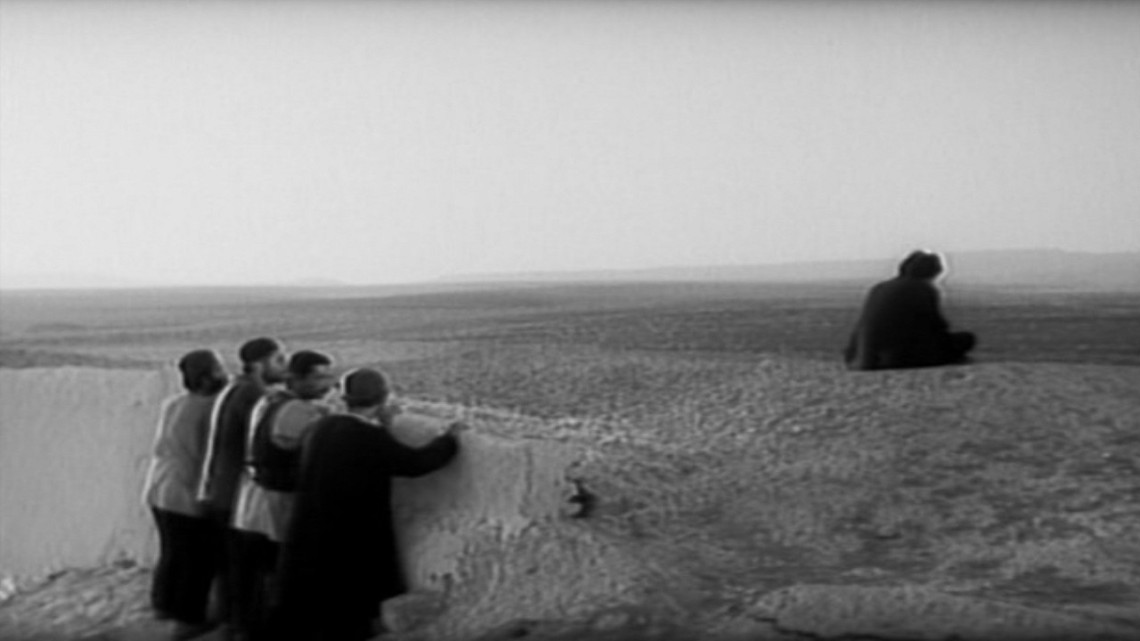 The Cow screens this Friday, March 6 at TIFF Lightbox as part of their I for Iran: A History of Iranian Cinema by Its Creators program.

While Iranian films have screened at festivals as early as 1958–Samuel Khachikian’s Party in Hell played in competition at the 8th Berlinale–few cinephiles engaged with these films as part of a national cinema. Abbas Kiarostami’s work changed that in the late 1980s, and the films of directors like Jafar Panahi and the Makhmalbaf family followed suit. Yet this newfound prominence on the international scene triggered little interest in the history of this national cinema.

During the first decades of film production in Iran, cinemas were dominated by song-and-dance action and comedy films that were poor in technique and disposable in content. The screens were filled with showboating tough guys and women who traversed the Madonna-whore spectrum overnight. The Iranian New Wave evolved as the artistic, sophisticated response to the artificiality of this cinema. Some consider the earliest entry in the movement to be Farrokh Ghaffary’s neorealist 1958 film, South of the City, a truthful portrayal of poverty in Tehran. Then, throughout the 1960s, came the films of key figures such as Ebrahim Golestan (Mudbrick and Mirror), Hajir Dariush (Serpent’s Skin) and Parviz Kimiavi (Garden of Stones) and the seminal documentary The House Is Black by modernist poet Forough Farrokhzad.

These directors’ films hailed from the fabric of Iranian culture. Formally ambitious and thematically curious, they depicted the realities of rural life and drew inspiration from Persian poetry and literature. If these filmmakers sowed the seeds of change, their efforts fully blossomed with two films made in 1969: Masoud Kimiayi’s Gheysar and Dariush Mehrjui’s The Cow. The latter is most commonly, and rather generously, credited with beginning the New Wave. 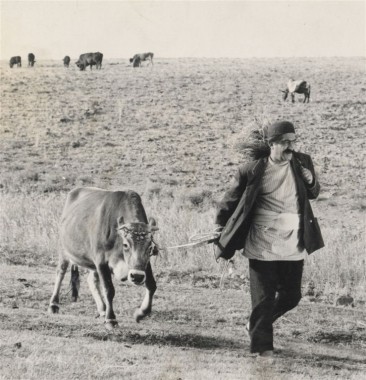 Mehrjui has since proved to be one of the industry’s most enduring figures, but his films have rarely traveled outside of Iran, often because their strengths are too firmly tied to their untranslatable cultural specificity. Yet, his mark on Iranian cinema is visible, whether through direct parallels between his work and that of later filmmakers–Farhadi’s A Separation is immensely indebted to Mehrjui’s Hamoun–or broader influences, such as the myriad of comedy TV series that drew inspiration from his social satire The Tenants.

Still, Mehrjui’s crowning achievement, and that of the Iranian New Wave, remains The Cow. So significant was this film that it was reported Ayatollah Khomeini’s admiration for it made him reluctant to impose a ban on cinema after the Islamic revolution, believing that the art form could become an instrument of truth and reach sublimity in the mold of films like The Cow.

Adapted from a short story by leftist writer, Gholamhossein Saedi, The Cow is about Mash Hassan (Ezatollah Entezami), the owner of his village’s only cow. His connection to this prized possession transcends that of an owner and his animal, and is known to the whole village. So when the animal dies under mysterious circumstances while Hassan is away on an overnight affair, the village bonds together to lie about her fate. Hassan doesn’t believe their story that the pregnant cow has escaped. He sits on the roof of a building overlooking the desert, waiting for her return. As he begins to lose hope, he slowly morphs into his cow, eating her hay, making her noises, and calling for Hassan to save her from the cruelty of men. 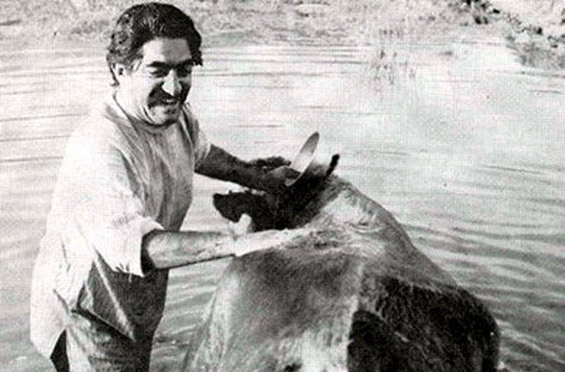 The Cow is a richly layered film. Mehrjui thinks of it as a philosophical exercise not unlike The Metamorphosis, but there is a specifically Iranian angle at play, influenced by the Sufi beliefs of unity between lover and muse. Mehrjui’s background in philosophy allowed him to infuse Saedi’s original text with mysticism, but the film was nevertheless read politically. As Mehrjui relates in his book-length interview with actor/director Mani Haghighi, the country’s situation at the time was such that politics could not be evaded among the intelligentsia and artists. But interpreting The Cow politically wasn’t just a sign of the times.

In the words of film critic Hamidreza Sadr, this was “the first Iranian film to deal with the small-scale, the unredeemed and the unheroic.” And at a time when the Shah of Iran wanted cinema to project a modern, urban and opulent image of the country, The Cow was a shocking outlier. It was banned and released only on the condition that an opening text be added to explain that the film’s event took place four decades earlier. But audiences were smart enough to recognize the familiar bitterness of rural poverty.

The allegories hit close to home. The absence of the cow threatened the sanity of her owner and the livelihood of the village. The similarities were laid bare between Hassan and the Shah, whose insecurities about the dependence of Iran’s economy on oil were palpable. The three dark figures in the distance that strike fear in the hearts of the villagers symbolized the intense paranoia and oppression that swept through the country in the years leading up to the revolution. The film contains a self-awareness about these strangers, the Bolooriha, or “the Crystallines,” as their vague, ominous presence contradicts the crystal-clear connotation of their name.

Mehrjui’s film resonated with audiences because it tapped into the sociopolitical atmosphere of the era and remained authentic to aspects of Iranian society that mainstream cinema did not. Its financial success affirmed the interest of audiences in rural stories that constituted a large portion of arthouse cinema over the next several decades. The Cow cemented the platform for implicit opposition and dissidence through cinema, a brand of social critique masked as humanist drama with which Iranian cinema was widely associated during the 1990s. That the film remains largely undiscovered internationally is disheartening, but its lasting influence on Iranian cinema is a feat unparalleled by any other film. For Mehrjui, that is perhaps the highest reward.