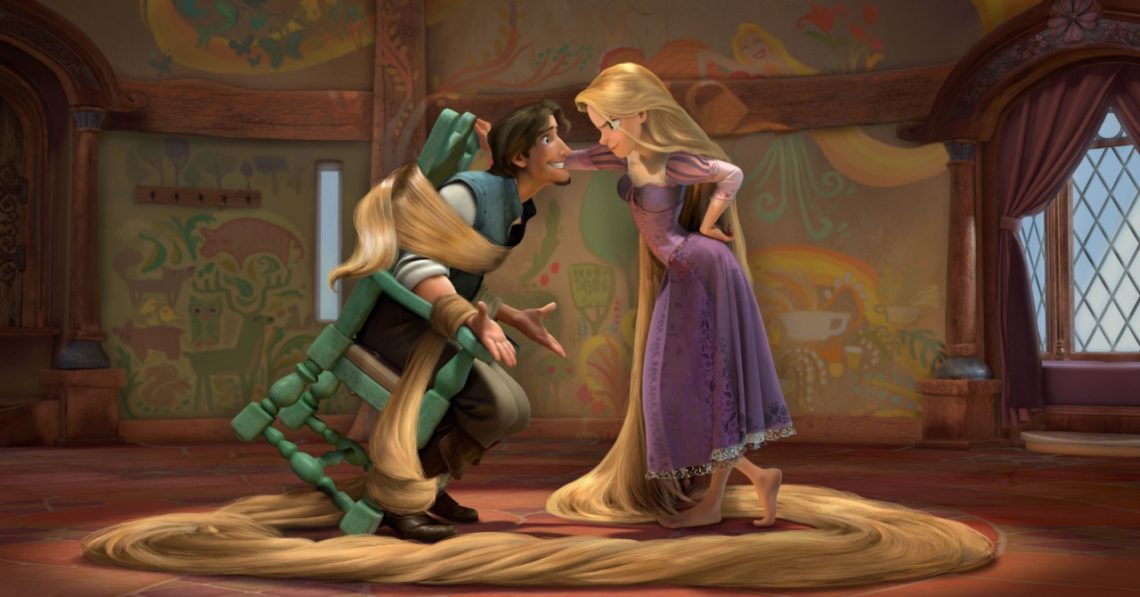 After a brief hiatus, Josh and Gabe return with a new Mousterpiece Cinema, focusing on the 2010 Disney film "Tangled."

Hey, friends! Time for a new episode of Mousterpiece Cinema, after a few weeks off. (Yes, really, we’re back!) Josh and Gabe are reunited after Josh’s unexpected stay in the hospital–don’t worry, he’s fine–to talk about one of the biggest films they’ve managed to never cover on the show: the 2010 Disney animated film Tangled. Yes, the story of Flynn Rider, the daring rogue who one day meets a beautiful girl with a lot of hair! OK, fine, this is Disney’s long-awaited adaptation of the “Rapunzel” fairy tale, and it sets Josh and Gabe on opposite sides almost immediately. Is this one of Disney’s best new animated films? Is it one of their more forgettable? Take a listen to find out which side you’re on!