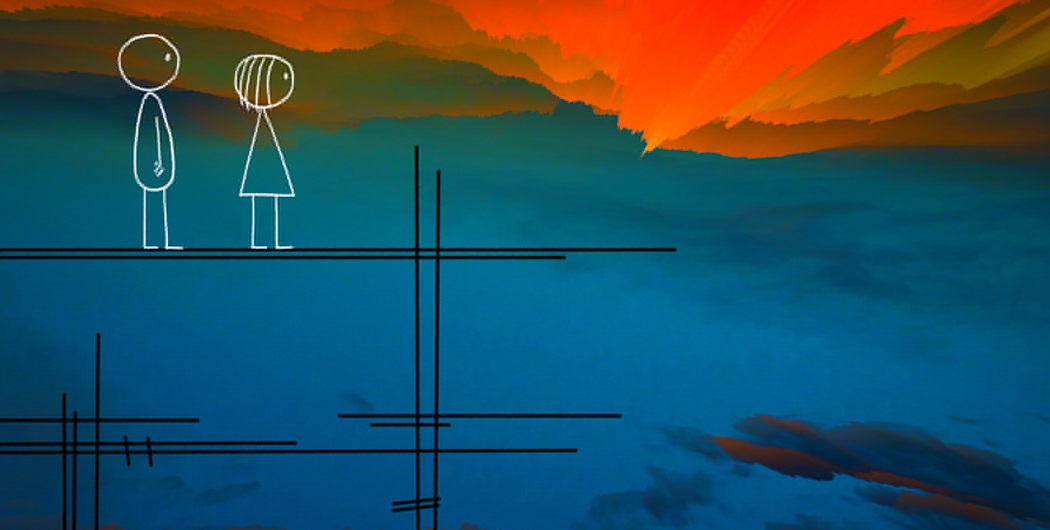 In Don Hertzfeldt’s World of Tomorrow, robots programmed to fear death stride endlessly across the surface of the moon. The dead bodies of people jettisoned into the upper atmosphere fall back to Earth as beautiful shooting stars. A woman falls in love with a shapeshifting black blob creature, while others live for hundreds of years by transferring their memories into clones of themselves. And that only scratches the surface. There are more big ideas packed into this 16 minute film than there are in most major studios’ entire catalog of science fiction.

It’s rare that a film, short or feature, can be so busy and so on point at the same time. But that’s a specialty of Hertzfeldt, a Sundance favorite whose previous films include Rejected, Billy’s Balloon and It’s Such a Beautiful Day. Here the traditionally analog filmmaker has embraced digital for the first time. The result allows his animated creativity to flourish, untethered by restraint. Vivid color shifts and zany geometric designs rove our view. There is so much packed into each shot, yet it never feels confused or overwhelming.

At least, not visually overwhelming. Emotionally, it’s potent stuff. The story follows a young girl named Emily who’s visited by a time-traveling adult clone of herself. Hertzfeldt poignantly contrasts innocence and world-weariness: future Emily gives the youngster (and the audience) a tour of all the wonders and terrors that the coming centuries have to offer, but the girl absorbs few life lessons, too transfixed by the beauty of things like “the Outernet.” The adult muses on the odd trajectory of her life, and how history inevitably curves towards entropy. The child is delighted by being able to change the color of a room by simply shouting a command.

Of course, this wouldn’t be Hertzfeldt if the existential grimness wasn’t married to a mordant sense of humor. Child and adult Emily make a delightful comedic duo, blithe youth and stoic age in conversation. “Now is the envy of all of the dead,” the elder gravely intones. “Okay,” the child responds, as if she had been told to clean up her toys before dinner.

If Interstellar was about “raging against the dying of the light,” then this film is about sitting back and cackling with glib resignation. But there’s no irony in World of Tomorrow’s ultimate point: that the only things that are truly valuable, in the end, are our memories. That is, after all, what we as sentient beings are made of. No matter how we evolve, our emotional cores will persist.