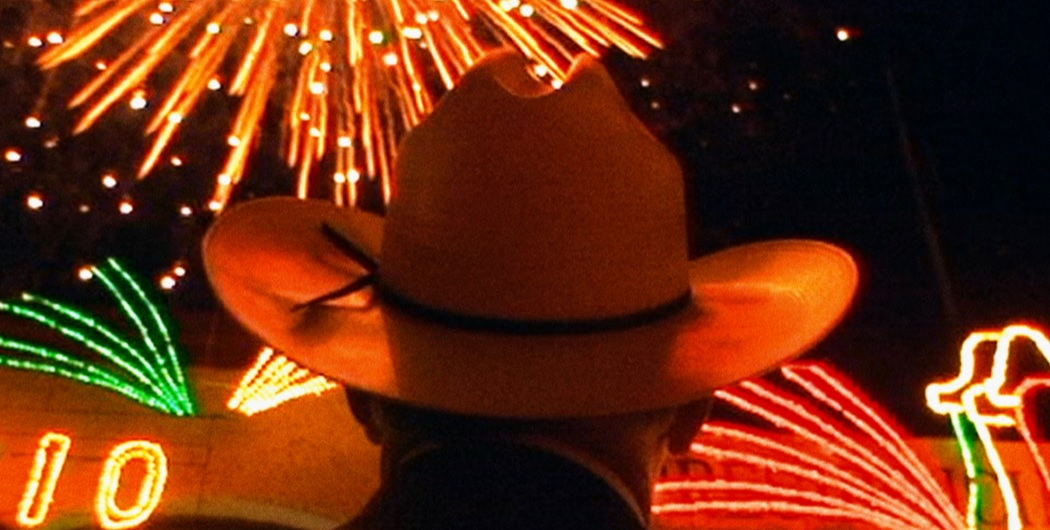 Part of Sundance’s U.S. Documentary Competition, Western is a tale of two cities. One, Eagle Pass, lies north of the Rio Grande, a small Texan town with a big Latino population that specializes in the cattle industry. Her sister city south of the border, Piedras Negras, is similarly reliant on the cow trade – and just as sweet and sleepy when the movie begins. The two cities celebrate their mutual bond annually on the bridge that connects them. That is until the recent spike in Mexican cartel violence shows up on their doorstep.

Brothers Bill and Turner Ross return to the quick-paced, collage style documentary storytelling we’ve seen previously in Tchoupitoulas and 45365. Their approach mixes different sources of audio and visual cues to recount multiple storylines – for example, using the new briefs on a local Spanish radio station to provide context. Reflective nature scenes, like the haunting blackbirds cawing on deserted property, or the rolling thunderstorms popular in Texan summers, symbolize the disturbance to small town life. The unconventional style welcomes you into these stories and allows you to experience events with the subjects. It feels pleasantly naturalistic: falling into mundane lives without the rigid formality of talking heads. In the Ross brothers’ cinematic world, if it is to be seen, it is to be lived.

As in their previous film, Tchoupitoulas, one of the main subjects of Western is a small child; specifically, the young daughter of cattle rancher Martin Wall. It’s an approach that allows the Ross brothers to explore their setting through innocent eyes. Hers is a perspective unburdened by history or the baggage of other characters; her biggest concern is how to get her boots on the right foot, a far cry from the worries of the town’s grown-ups. While rancher Wall must contend with trade restrictions over the border, Mayor Chad Foster is forced to navigate the xenophobic political foes that wish to lock the city away from its Mexican neighbors. With a very real border fence springing up, the decisions of the day may affect future residents for decades to come.

What hamstrings Western is the frustrating feeling that only one side of the story is being told. Much more time and effort is poured on the American side of the narrative, with very little time spent with any one resident of Piedras Negras. Their way of life is the most changed, but the focus remains squarely within the American frame. Brown faces are relegated to the background, as scenery and setting.

The Ross brothers are concerned with capturing the crumbling West – the way old American staples like the lawman and the cattle rancher are losing control in a world no longer their own. But that story erases Latino heroes from the narrative, which is especially problematic when you consider the historical context of Manifest Destiny and the Mexican-American War. This is a tightly told tale full of compelling characters. But it’s the voices that are missing that echoed most to me.