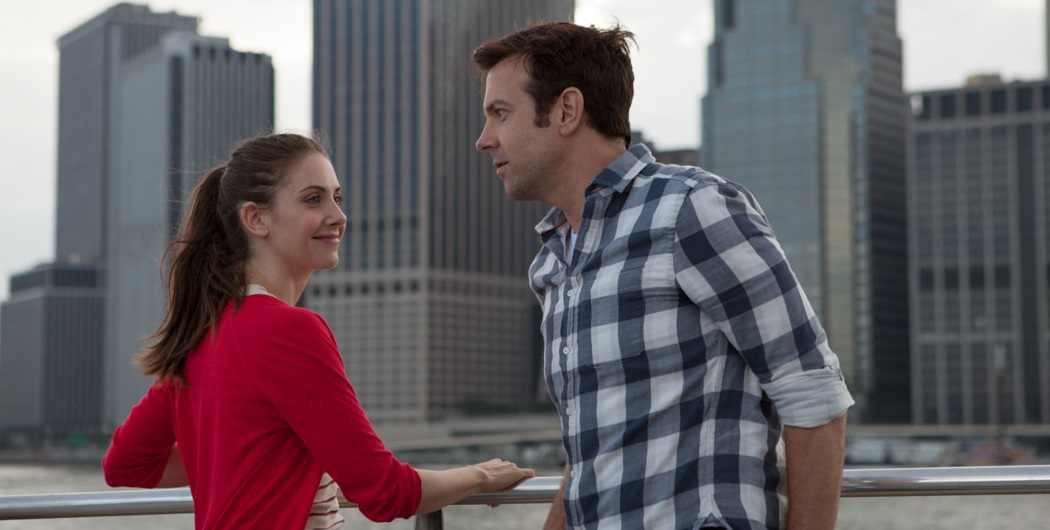 Sundance Review: “Sleeping With Other People”

When director Leslye Headland presented her second film, Sleeping with Other People, at its world premiere in Park City, she pitched it to the audience as “When Harry Met Sally for assholes.” Given this statement, along with the fact that Headland’s previous effort is the underrated, deliciously nasty dark comedy, Bachelorette, which also premiered at Sundance back in 2012, I was expecting another unapologetically offensive romp. Yet, while Sleeping with Other People is mainly comprised of raunchy set pieces, it’s a much more conventional picture than Headland’s debut: Sweeter, messier and far more determined to charm than to provoke.

Jason Sudeikis and Alison Brie star as Jake and Lainey, who, in the opening scene, are a pair of lonely, sensitive misfits in college that lose their virginity to one another. The film then flashes forward over a decade later, in which our two protagonists happen to cross paths at a sex addicts anonymous meeting. We’re told that Lainey simply ‘disappeared’ after her one-night stand with Jake, and, as it becomes clear from the early moments that occur within the present day, both of them are still stuck within their addictive patterns of self-destructive behavior. Despite sleeping with oodles of women over the years, Jake’s never been able to get over his affection for Lainey, who can’t stop cheating on her current boyfriend (a scene-stealing Adam Brody) with Matthew (Adam Scott), an old flame from college who’s recently gotten engaged.

Once these two attractive, lovesick individuals reunite, they immediately reconnect, instantaneously becoming best friends. Before long – and by that I mean all of two minutes later – Jake and Lainey start acting like a couple; watching movies on the couch while eating pints of ice cream, sightseeing on Manhattan boat tours, and spending nearly every waking minute with each other. So what’s the setback? Both of them decide to resist sleeping with one another, since being sexually impulsive has ruined several of their relationships with friends and partners in the past.

Even if Headland didn’t reference When Harry Met Sally during her opening presentation of this film, her influence from Rob Reiner and Nora Ephron’s iconic 1989 romantic comedy is evident from the get-go. The premises of these two films are practically identical to one another, to the point that we know the film’s trajectory before the end of the opening credits. This wouldn’t have bothered me so much had the decision for the two romantic leads to stay friends felt not so much like a plot contrivance as an authentic form of emotionally protecting themselves.

The biggest disappointment for me, though, is that despite Headland stating the film is “for assholes” before the screening, her characters in this picture aren’t nearly as viciously compelling, or fleshed-out, as her trio of bitchy, coke-snorting bridesmaids in Bachelorette. In fact, the antagonists in this picture are more vulgar than downright mean, and I couldn’t help but feel that Headland’s toned down her pitch-black humor in order to appeal to a more mainstream demographic.

Yet, despite its flaws, Sleeping with Other People is still more innovative and hilariously foul-mouthed than the majority of today’s rom-coms. Headland’s assembled a killer cast for this project, all of whom know how to deliver her snappy dialogue with sharp comic timing.

Alison Brie is a comedic standout. Brie has shined both on pressurized Mad Men and quirk-filled Community, and she brings these dual sets of dramatic and comedic chops to Lainey. During the film’s more jarring tonal shifts, she’s able to make Lainey’s transitions from confident and self-assured to achingly vulnerable seem remarkably credible.

As for Jason Sudeikis, well… This guy kind of rubs me the wrong way. He’s fine as Jake, his best on-screen performance to date, but he often delivers his lines in a smug, self-satisfied tone, which curdles most of his jokes for me. It also doesn’t help that Jake lacks Lainey’s complexity and depth, giving Sudeikis not as much interesting material with which to work.

The supporting cast, however, is stellar. Jason Mantzoukas and Andrea Savage put a hysterical new spin on the ‘married best friends’ stereotype, Amanda Peet shines in the best role she’s had in years as Sudeikis’s attractive boss, and Natasha Lyone, despite being underused, gets a few big laughs as Brie’s gay best friend.