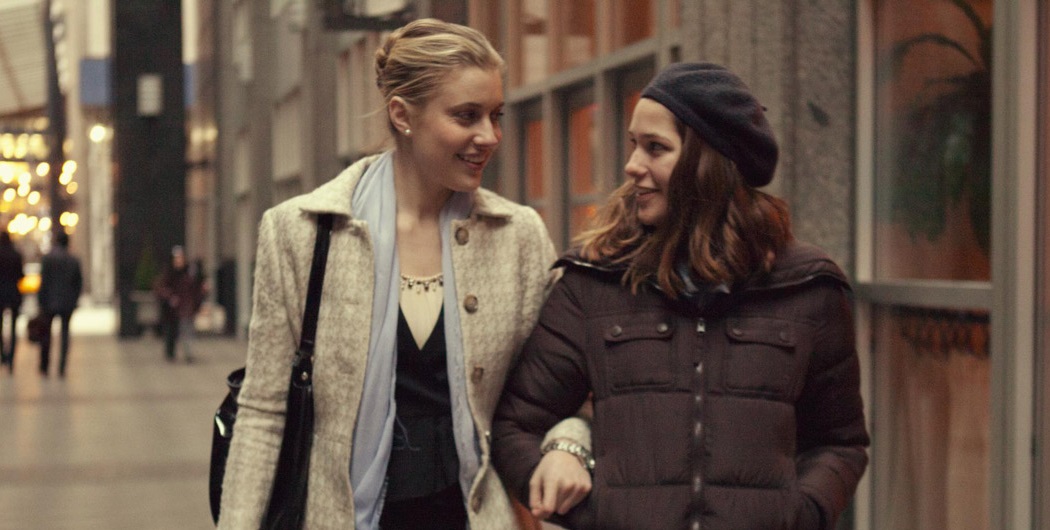 After the black and white meanderings of a directionless Brooklyn waif in Frances Ha, director Noah Baumbach and actress Greta Gerwig have teamed up once again, for something equally as quirky and wonderful (in color this time). In Mistress America we meet Tracy (Lola Kirke), a misfit college student longing to fit in with the cool kids of her school’s literary society. After a series of disappointing events, she reaches out to her future step-sister Brooke (Gerwig). Tracy is immediately swept up in the idiosyncratic and spirited life Brooke leads, providing her with both life experience and writing material.

The film begins deceptively straightforward, until Baumbach introduces Brooke – at which point the pace suddenly quickens and the absurdities begin to pile on. The change is jarring but not out of place, and the film’s gradual transition to a Howard Hawks-style farce is a treat to watch. If Frances Ha was Baumbach’s Manhattan, then this is his Bringing Up Baby; Great Gerwig the flightly descendant of Katherine Hepburn’s Susan Vance, and Kirke the straight-laced Gary Grant, whose life is turned upside down with the arrival of an uninhibited spirit.

Most of the comedy takes place in a rich house in the Connecticut suburbs, with many jokes about class (“She’s rich off my t-shirt money. She owes me!”) in between the lines of snappy dialog. Happenstance co-stars like Tracy’s crush (nicely underplayed by Matthew Shear), his super-jealous girlfriend (Jasmine Cephas-Jones), Brooke’s ex-best friend (Heather Lind), and her ex-fiancee (Michael Chernus) all add to the harried absurdity of Tracy and Brooke’s increasing predicaments.

In a film world still dominated by men, Mistress America’s female centricity stands out. As Gerwig mentioned during a Sundance Q&A, we need more women writers, because “men don’t know what we do when they’re not around.” The little subtleties of Brooke and Tracy’s relationship reflect that and keep the film grounded as the story freefalls into farce. With men in the background or in supporting roles, it’s fun to see what a creative woman like Greta Gerwig makes for her audiences. It’s all part of Mistress America’s colorful charm.