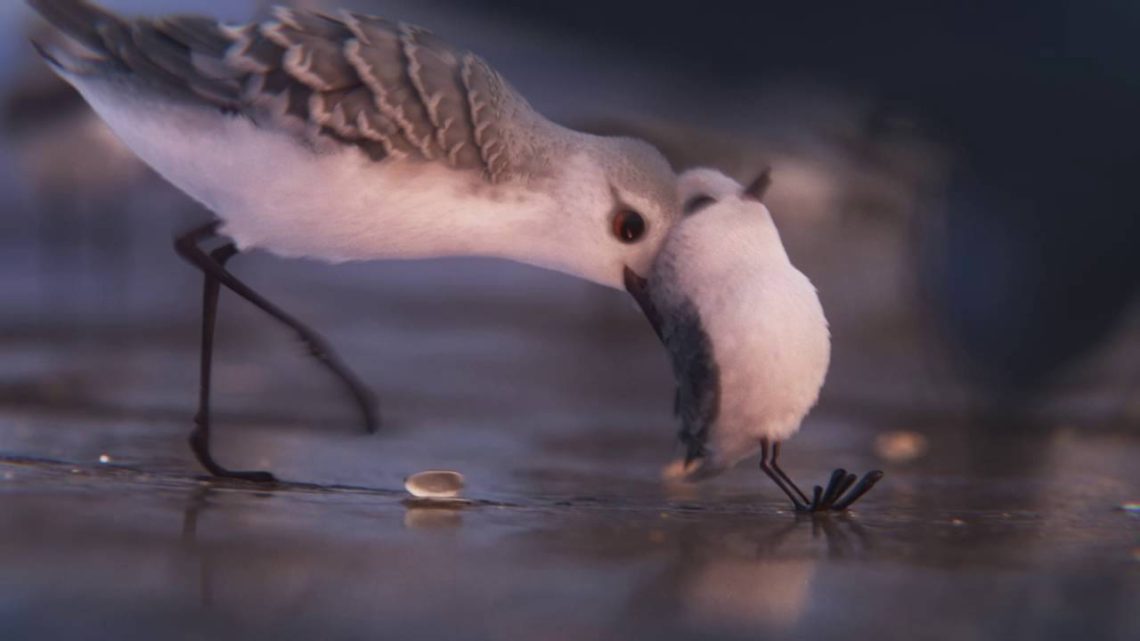 The Short and Sweet Side of the Oscars

Dan Schindel takes a gander at this year's Oscar-nominated short films, which include several films about the Syrian refugee crisis, a 3D short reminiscent of Jean-Luc Godard, and the first VR film to be nominated for an Oscar.

When it comes to Academy Award categories, there’s no more popular target than the three awards given for short films—except perhaps the semi-jocular confusion over the difference between sound editing and sound mixing. If you’re on Twitter, count how many “Well, good time for a bathroom break!”-type quips you see whenever one of these awards comes up. Presenting the Oscar for Best Documentary Short last year, Louis C.K. joked that it was going home in a Honda Civic.

Theatrical shorts haven’t had much of a life in America since films stopped being shown in programs. While short cinema is arguably in a golden age thanks to the internet, the archaic rules governing Oscars eligibility mean that what gets viewed and shared widely will likely go ignored by the Academy. In the meantime, pundits suggest that the short categories get culled from the main ceremony, like the technical and honorary awards, to make the broadcast more “enjoyable.” In the 1990s, the Academy nearly killed the Best Documentary Short award altogether. People simply can’t be bothered to care.

But to suggest then that the short films which the Academy deigns to acknowledge inherently inhabit a separate sphere from the “real” awards would be a mistake. Short filmmakers may operate in a different lane from their contemporaries, but it’s very much the same highway. The nominations (and snubs) made by Academy voters for short films reflect their politics and tastes of the time just as much as those for the feature categories. 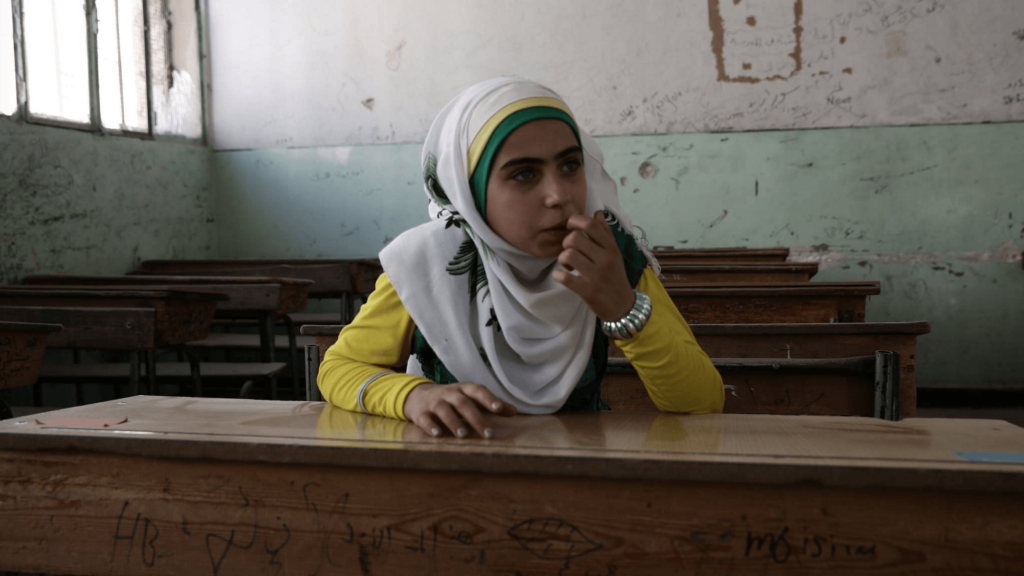 Nowhere is this more evident than in Best Documentary Shorts. In general, the Oscars’ documentary preferences have historically leaned toward films that cover pressing topics, but that tendency is in overdrive here, with three of the five nominees dealing with topics related to the Syrian civil war. Viewed in a certain order, they can even tell a traveling story of the conflict and its ripple effects in the rest of the world.

Start with The White Helmets, which chronicles the efforts of the eponymous rescue and first aid organization as its members rush into war zones. Then 4.1 Miles looks at where everyone fleeing this war is going. It’s like a Mini-me version of the Best Documentary Feature-nominated Fire at Sea, covering the same subject (the refugee crisis as viewed from small European islands being hit with a massive influx of migrants). Watani: My Homeland, which follows a Syrian family as they endure the war before ultimately immigrating to Germany, takes place in the gaps around those stories—the tense calms between bombings, and the fitful adjustment after relocation.

This triad feels aesthetically akin as well, all three dipping to some extent into a cinema vérité mode. 4.1 Miles operates entirely like this, a harrowing series of missions Greek islanders embark upon to rescue floundering refugees. This is chaos verite, endless screaming and confusion and multiple shots of dead children. The White Helmets oscillates between traditional interview and slice-of-life segments and the same style, with the filmmakers dropped into life-threatening situations (in one jolting sequence, the cameraperson is knocked over by an explosion). Watani stays with traditionally still verite, with violence only glimpsed (or more often heard) from afar, the focus remaining on the small moments between the family members it follows. 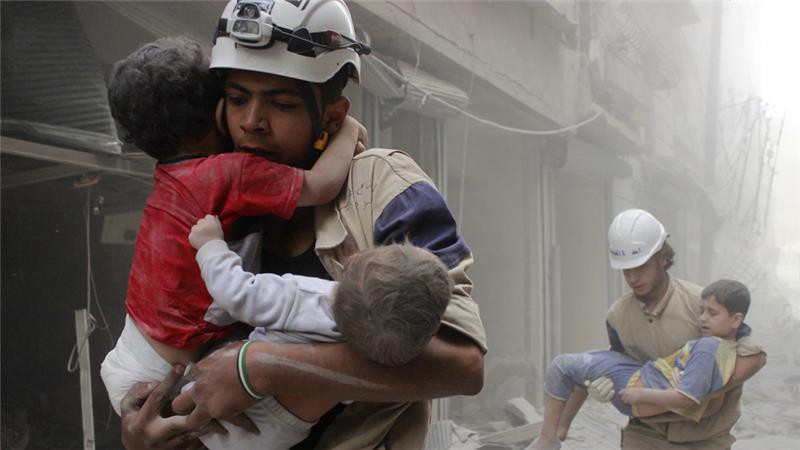 In a metatextual sense, these docs also highlight Western media’s limitations in grasping the Syrian conflict. This is a situation that absolutely defies any sort of “good side”/“bad side” classification, and the dearth of journalists covering the situation in the field means that mainstream outlets, already predisposed or outright prejudiced to address it from a simplistic point of view, lack a good deal of context. The White Helmets have been hailed in the press and are presented in their same-titled film as virtuous heroes, while their origins and actual actions are much murkier. The patriarch of the family in Watani is a commander in the Free Syrian Army, which is held up simply as a resistance group but is controversial, to say the least. Agendas aside, these are undeniably well-crafted works, but you shouldn’t set agendas aside—especially the implicit ones. There’s an undercurrent of pro-interventionism to The White Helmets that makes sense in light of the group’s international agitation. All of this is likely completely outside the ken of the average Oscar voter. 4.1 Miles, as pure experience, emerges with the strongest statement.

The other two nominated docs are also very of the political moment, though in different ways. Extremis, a quietly brutal observational piece on patients in a hospital facing end-of-life decisions, speaks to the increasingly urgent subject of American health care. Though it’s entirely character-based, the reasons family members of catatonic patients give for wanting to keep their loved ones on life support demonstrate the ethos of living at any cost that’s entrenched in American culture. Seemingly the most innocuous doc is Joe’s Violin, about a Holocaust survivor who donates his beloved instrument to a school music program. Given that the educational system seems even more at threat than ever and white nationalism has made a comeback in the U.S., this would-be simple story echoes ominously. With the last Holocaust survivors on their way out, nonfiction filmmakers have their last chance to capture their stories in the first person.

Immigration reemerges when one moves on to the Best Short Film category, which includes two different nominees dealing with the subject. The most urgent is Ennemis Interieurs (“enemies within”), about a French intelligence agent interrogating an Algerian-born longtime resident of the country seeking to become a citizen. The agent suspects the man of having terrorist ties. The setting is the 1990s and the foreign country in question is Algeria, but the film is entirely about the fear of immigrants clawing at the West’s throat right now. Similarly, in Silent Nights, an undocumented Ghanaian immigrant living on the streets of Copenhagen faces constant racism and scorn from residents. His desperation to make money to send back home to his family forces him into an impossible choice over the relationship he develops with a kindly shelter volunteer. 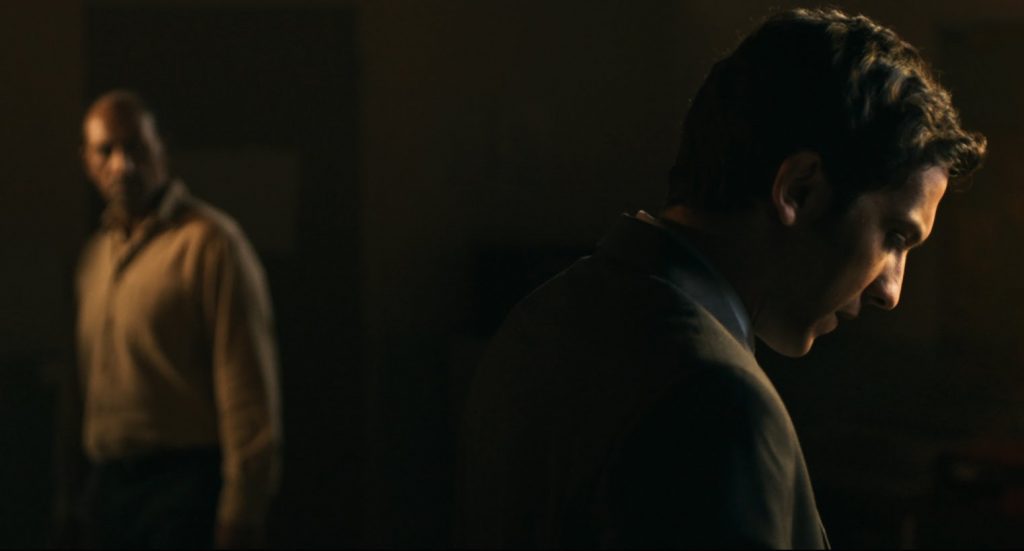 The other live-action shorts can’t be easily grouped. Sing, about a schoolgirl who gradually awakens to unfairness that’s being forced upon other members of her choir, could be said to be in the same family, what with its emphasis on accepting those who are different. The story centers on her friendship with an outcast new girl in class, after all. La femme et le TGV, or The Railroad Lady, confronts the challenges the elderly face in a drastically changed world, centering on a woman who refuses to “send an internet” (an email) and still waves to the passing train every day, and who slowly comes to embrace what contemporary life has to offer. Timecode, told mainly via security camera footage, uses the nagging recurrent controversy of surveillance as a vector for a sweet little story about how people deal with the inherent frustrations of work.

The nominees for Best Animated Short can’t be said to be timely. The picks in this category are hardly ever timely. However, most of them are unified by their willingness to experiment with new mediums—in the sense of both drawing and format. The most traditional is Borrowed Time, made by several Pixar animators, which looks good but is thematically identical to any overly po-faced student thesis film you can find floating around YouTube. The memoir Pear Cider and Cigarettes, by Aeon Flux artist/director Robert Valley, revels in caricature stylization brought to life with skillful Photoshop. Its confessional noir atmosphere and graphic-novel framing make up for the limited range of character motion, while it also gives depth to its images in a way traditional animation rarely manages. 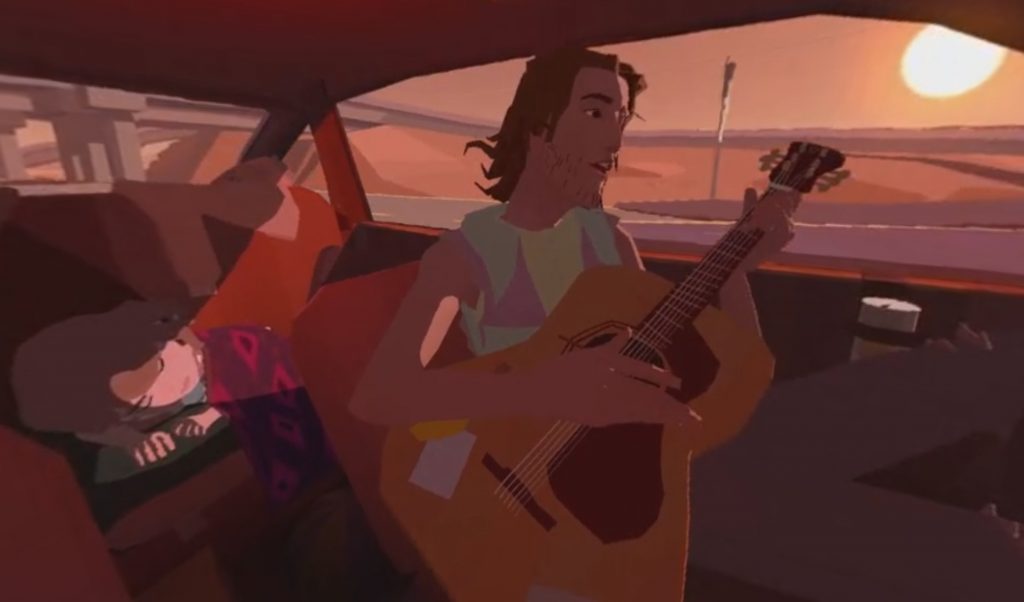 The obligatory Pixar nominee, Piper, is the company’s latest showcase for its forays into near-photoreal animation. That they can create animal characters who can still emote in a cartoonish way without coming across as creepy is the truly impressive part. Pearl, from previous winner in this category Patrick Osborne, is the first VR film to be nominated for an Oscar. It skillfully uses the full scope of a 360-degree space, never causing too much confusion as it sticks to a single location (the interior of a car) while jumping across time periods. The VR aspect essentially lets the viewer build their own cinematography on the mise en scene each scene presents for them. You can look where you choose, subtly shifting the impact of the film.

Likewise, Blind Vaysha utilizes 3D to empower its audience, in a manner similar to Goodbye to Language. Telling the story of a girl who sees the past with her left eye and the future with her right, it lets the audience do the same, relegating each timeline to one of the stereoscopic perspectives. A viewer can close either eye at will, choosing whether to view only the past or the future, much like the protagonist. But they can never see the present, which is the thrust of the movie’s allegory. Independent animation has always been a labor of love, but technology continually empowers them to break what were once thought the limits of the form. While the documentaries and live-action shorts scrutinize the present or ruminate on the past, here’s where you’ll find filmmakers holding up a torch for the future.