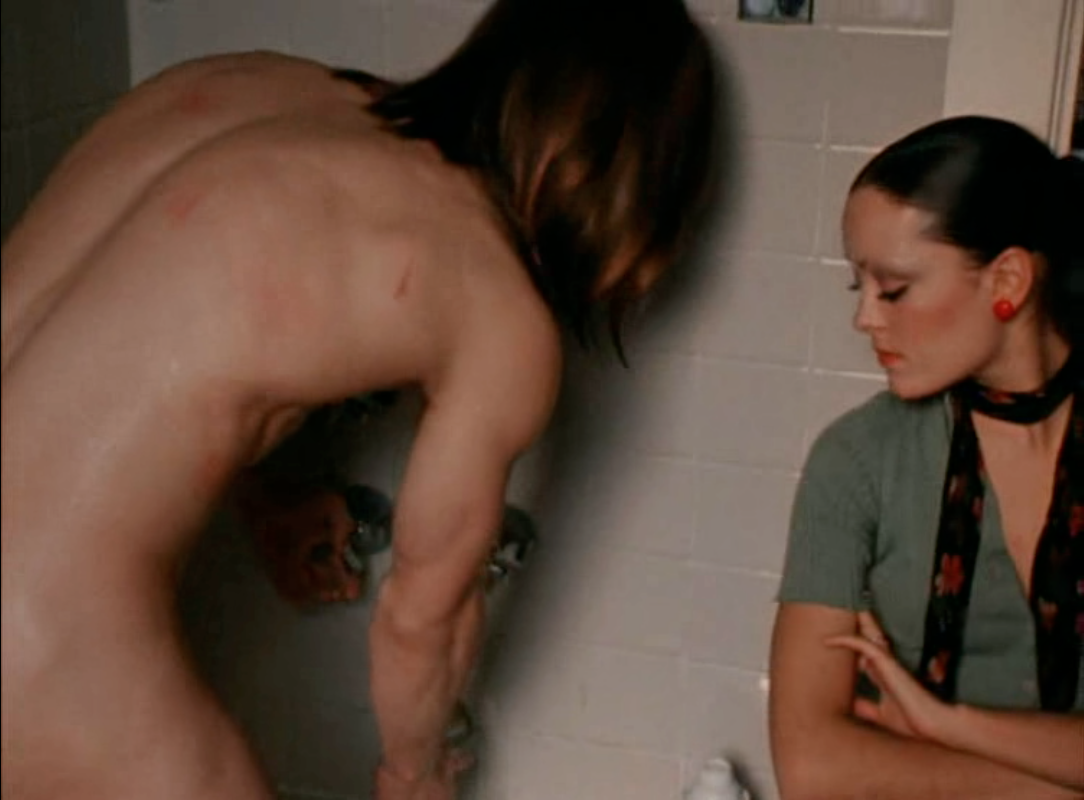 Paul Morrissey’s Trash begins with a failed blowjob and ends with the offer of another. In-between, its use of verité camera techniques, harshly recorded direct sound (albeit of a much higher quality than some of the audio in Andy Warhol’s own Factory films) and nonprofessional performances brutally and unsentimentally regard the endless routine of a junkie looking for a fix. Yet it also subverts its own veneer of documentarian objectivity, using the supposed truth of this style of filmmaking to erect subtle falsities that betray the lens’ inherently subjective viewpoint. As with other Factory films, Trash’s rawness reveals more fakery than the most carefully composed studio filmmaking.

The junkie in question is Joe (Factory favorite Joe Dallesandro), introduced not by his handsome face but his bare, acne-scarred ass gallantly attempts the aforementioned fellatio. No good, though, for heroin has rendered Joe utterly impotent, having traded one junk for another. Morrissey emphasizes that Joe cannot get it up not only because of the chemical side-effects of hardcore drug use but because it has simply taken over his mind, replacing all other desires and needs with the hunger for more smack. Joe finds himself around a number of women eager to have their way with him, but the camera frequently pushes in on Joe in such moments, hanging on a face as flaccid as his penis as he ignores every come-on except to play along just enough to get some drugs.

If those close-ups depict Joe’s internal isolation, so too do the long shots that include the women, and even the actresses’ performances themselves. Geri Miller’s go-go dancer performs a striptease to try and excite him, and suddenly the mise-en-scène drastically, hilariously alters as the camera moves out to an extreme long shot and go-go lights suddenly slide into view behind her in her flat. Both Andrea Feldman (as a snooty rich girl engaging in some poverty tourism) and Jane Forth (as a yuppie trying too hard to flout tradition) stylize their line deliveries to be unbearably annoying, a buzzing in Joe’s ear as he suffers long enough to get his reward. Feldman juts out her lower jaw in aristocratic caricature, letting no line escape her mouth so much as loudly, languorously tumble off clattering gravity rollers. For her part, Forth twists the sort of boho trend-follower who might have bought Warhol or Morrissey just to seem cool into a vacuous moron indulging her most primal desires under the guise of intellectual curiosity.

The most striking woman in Joe’s life, however, is his equal: Holly, played by transgender woman Holly Woodlawn. Old interviews of Morrissey on the film show him using the wrong gender pronouns and speaking about Woodlawn as if nothing more than a curiosity worried me, gave the impression that he might have intended to use Woodlawn as a freak, equating Holly’s own sorry state (where Joe looks for heroin, she tries to score welfare) with her appearance.

Yet if Morrissey had intended to make Woodlawn’s face part of the subjective, judgmental freakshow on display, her forceful performance, clearly informed by the hardships she faced every day, will not bow to anyone’s will but her own. Holly’s own sense of deadbeat loneliness comes under comic fire, yes, yet Woodlawn adds a visceral check to the mad humor. When she invites over another guy to make Joe jealous, she gets into a funny back-and-forth about getting this newcomer to do drugs himself (a sly ploy to cut Joe where it really hurts: his supply), but there is a sadness to this scene absent elsewhere. Similarly, a hauntingly long scene of her using a beer bottle to masturbate takes the title’s unforgiving assessment of its characters to its nadir even as it most nakedly reveals the humanity of these wretched people.

It is primarily through her that Trash’s comedy works. Without Woodlawn to add a level of humanity, the whole thing would add up to nothing more than farce, a transgressive work that nevertheless told the same story as every Establishment PSA about sinful living. She makes Trash both funnier for her unpredictable personality and raw in a way the camera always tries to subvert. The final product makes for perhaps the best film to ever come out of the Factory, and one of the great underground comedies ever produced in the United States.

Trash is available as part of the Paul Morrissey Collection box set, available from the Warhol Store.