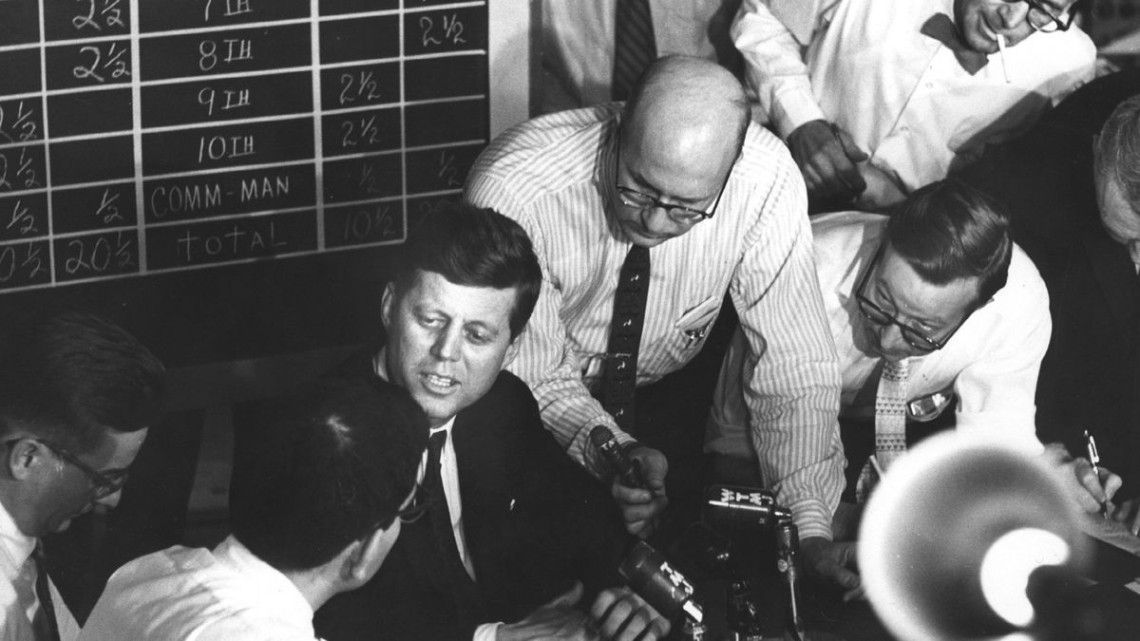 Robert Drew and the Legacy of Authenticity Politics

Justine Smith explores the filmography of documentarian Robert Drew as his Kennedy box set is released on Criterion Blu-ray.

Faces of November is an experimental documentary about the death of John F. Kennedy included in the Criterion box-set The Kennedy Films of Robert Drew and Associates, and it epitomizes the observational style of Robert Drew and his Associates group (filmmakers including D.A. Pennebaker, Richard Leacock, and Albert Maysles). At just 12 minutes, Faces offers no voice-over, story, trajectory, or editorializing: it is merely a visual account of mourners at Kennedy’s funeral. According to Thom Powers’ essay “Capturing the Kennedys” included in the Criterion release, ABC commissioned the film but had no plans of screening it. However, “it was only after Faces won prizes at the Venice Film Festival that an excerpt was shown on a news broadcast.”

Drew and his Associates were railing against an old treatment of the documentary mode. Adopting a new philosophy, which valued an observational style, they changed the face of political representation. Their four films on Kennedy chart his triumphant rise and horrific fall, using lightweight cameras to bring audiences closer than ever to their politicians.

In the prologue for Primary (1960), a narrator explains that while the story is about the Wisconsin democratic primary, the film isn’t about a particular election. “The time? Any election year. The place? Any of several key states.” This is not the story of Kennedy or his competitor, Massachusetts senator Hubert H. Humphrey—this is the story of American politics. While retrospectively this is very much the story of Kennedy, the rippling effects of Drew’s revolutionary style are still felt in American politics today. As if the camera was facing inward, this quadrilogy is as much about the hungry eye of the camera as it is about politics itself.

Kennedy signaled the rise of the celebrity politician. While presidents like Teddy Roosevelt were blessed with the veneer of fame, none really achieved the same kind of fandom as Kennedy. The political climate of the times may have had something to do with it: this was the age of Rock and Roll, the aftermath of Elvis and the beginning of Beatlemania. The culture itself was changing for the incoming President, and Drew was there to document it. 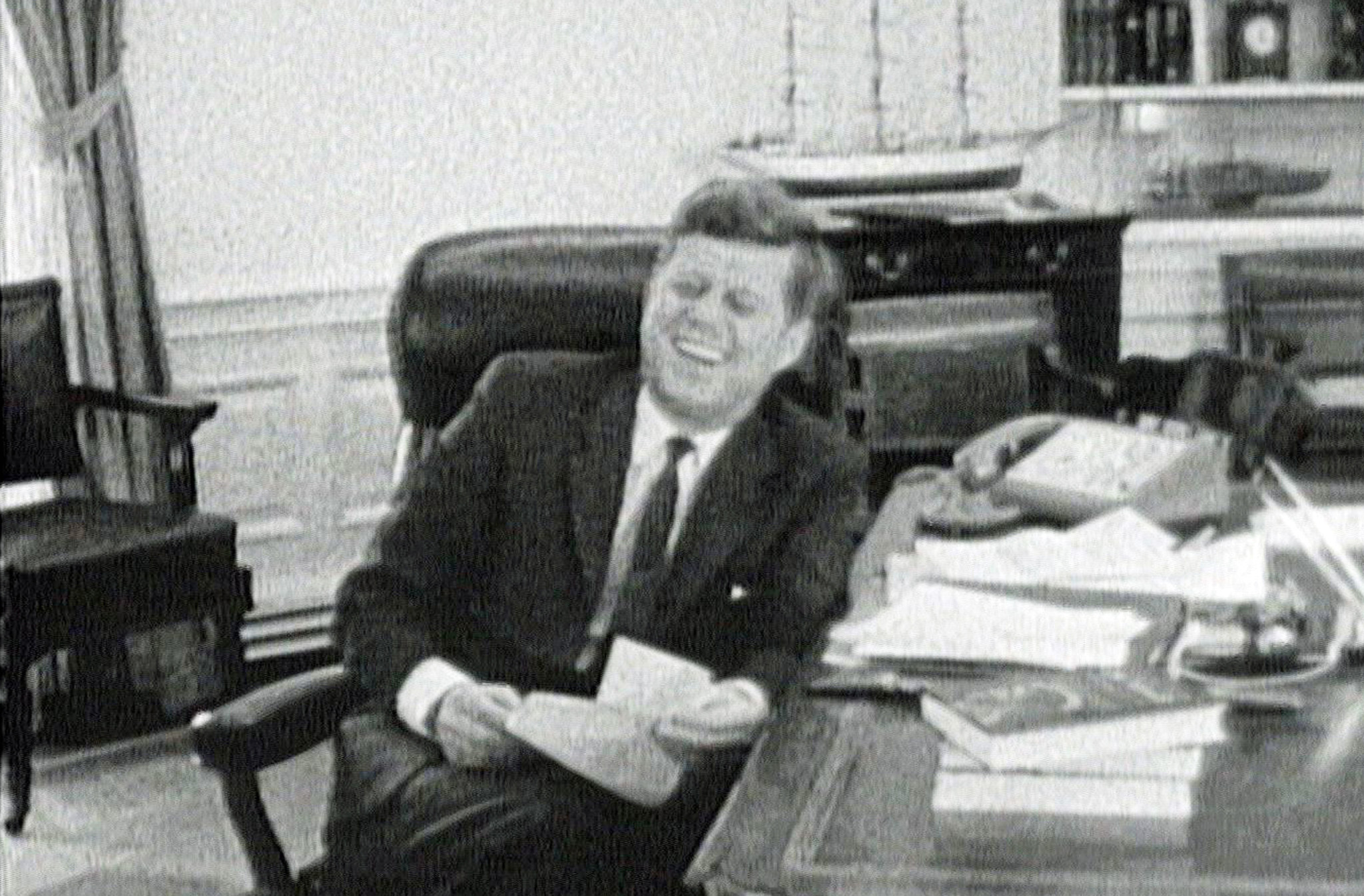 Drew’s biggest influence had been Robert Flaherty, who decades earlier had put documentary filmmaking on the map with movies like Nanook of the North (1922), The Louisiana Story (1945), and Moana (1926). Blending documentary and narrative filmmaking, his style was poetic and observational, though tinted with fabrication. The iconic scene of Nanook and his children playing with a phonograph was staged (Nanook and other Inuit served as crew and camera operators on the film), but that untruth did not compromise the authenticity of Flaherty’s vision. Flaherty’s goal with the film was to document a place that was being lost by time, and in turn, a man he felt exemplified that lost culture. Nanook’s humanity, the particular way he would hold onto a record or his relationship with his children, were far more interesting to the filmmaker than the scenarios themselves.

While not as obviously constructed, Drew and his associates were similarly focused on micro-gestures instead of the bigger picture. The rhetoric of either politician in Drew’s work is less important than the means in which they communicate. Rather than focus on what we’d expect, the camera wanders or diverts our attention, creating new ideas.

In one scene, Jackie Kennedy gives a speech before her husband comes on stage. Rather than focus in on her face and on the crowd, the camera lingers on her hands held behind her back. Her fingers dance a nervous dance as she works her way through jokes and pleasantries, and as the camera drifts up to her laughing face the nervous energy jumping from her fingertips is nowhere to be seen. Later during the same event, Jackie and John shake hands with voters, and we see the crack in Jackie’s smile as she attempts to hold her mask together. Rather than seem artificial, this moment exalts her appealing sincerity as we imagine how tired we would also be smiling for strangers all day.

The same techniques as applied to Humphrey, however, are less kind. The realness of the Kennedys exposes the fakeness of Humphrey. Removed from the context of his politics and offered only what we can insinuate from the film, he is an old-school politician who appeals to rural constituents. Recognizing that television and the media has an unprecedented impact on election results, he tries to play the game but comes across as out of touch and desperate. In one moment in particular, he coaches the woman who will be introducing him on television, rehearsing obviously scripted lines that serve to explain his platform. The pathos he elicits, while not to the same degree, mirrors the endearingly pathetic Jeb! campaign from the most recent election. 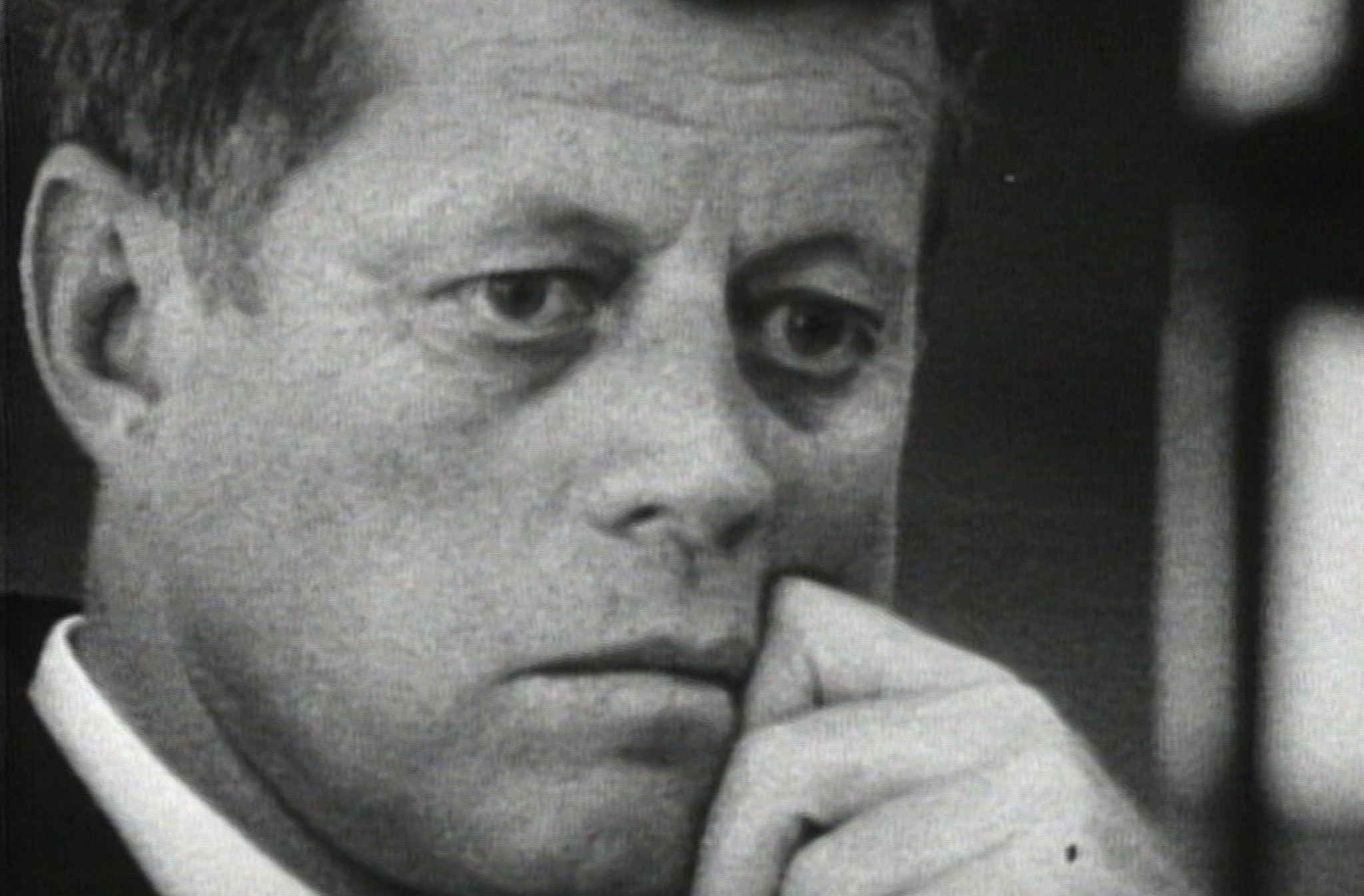 When I rewatched Primary for the first time since university, where ours was a battered VHS copy, I noticed that the immediacy of the Criterion restoration adds untold layers to Drew’s filmmaking and rather than being a relic of the past, it feels shockingly immediate. The legacy of Drew and his associates can be found every night on the evening news. The candid style of politicians and the observational camera work of evening news has pervaded the news system. Politicians, however, have caught up and what once felt spontaneous and authentic now feels trite and contrived. Even Crisis (1963) and Adventures on the New Frontier (1961), which deal with the day-to-day trials of working in the White House, seem more tired in comparison. It’s possible that even a few years allowed Kennedy to learn how to better manipulate the media, but just as likely, the freshness of Primary is a result of a perfect combination of factors.

An even greater legacy of Drew’s filmmaking exists in comedy. The form of these documentaries has become shorthand for a hybrid of reality and staged footage, embodying the most fictional end of cinema vérité. Drew’s films were screened on ABC when there were only a handful of channels, and the whole country watched as he offered an entirely different view of the news. It is impossible not to see that legacy in Robert Altman’s comedy miniseries, Tanner 88, following fictional politician Jack Tanner as he runs in the primaries for the democratic party.

Adopting the techniques of the cinema vérité movement, the film “uses the codes and conventions of cinema vérité to provide a sense of authenticity—at the same time it mocks them” (Gary R. Edgerton and Jeffrey P. Jones, The Essential HBO Reader).

Decades later, two other HBO shows would similarly play with the sense of authenticity borrowed from cinema vérité: The Newsroom and Veep. With varying degrees of success, the shows create the sense of a lived-in reality stripped of the artifice of cinema, while indulging (Newsroom) or mocking (Veep) the tropes of authenticity that made Drew’s cinema so appealing. The politics of “authenticity” date back to the time when Drew and his contemporaries were challenging the form and practices of documented reality and representation. The polished (or more recently, unpolished) portrait of the average person who uses the media keenly has become a staple of contemporary politics.

The enduring legacy of Drew’s Kennedy films, however, lies in the moments that transcend the editorial. They are moments of observation that take stock of the emotions of a particular time and place. Emerging a few years later, Frederick Wiseman would take the torch and use an even more pared-down style of documentary. Drew Associates like Pennebaker and Maysles would similarly go on to make some of the best American documentary films ever made.