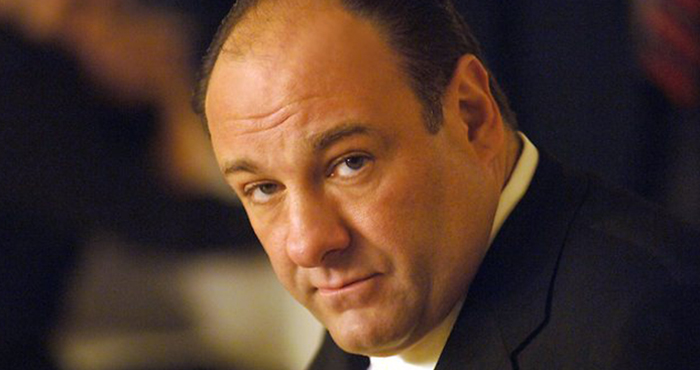 We tend to want to remember our greatest actors for their “big” moments – ones ripened with dramatic stakes and acted out with a heightened, sometimes histrionic, intensity. Dishes flying, spittle projecting, jaws practically unhinging beneath the force of a yelling voice. It’d be easy to remember James Gandolfini, who tragically passed away at 51 in Italy yesterday, that way.

The actor brought to his seminal role as the New Jersey gangster Tony, in The Sopranos, a frequent fury – bubbling above the surface or simmering below it – that could leave us shaking and exhausted. But as anyone who watched The Sopranos knows, Gandolfini brought far more to that role. For all his ability to infuse menace into the simple act of eating a meal, he could equally light up his entire face with the most infectious smile and appear to us like an immeasurably happy young boy.

It’s a range Gandolfini took with him to whatever character he took on. He was the rare actor whose performed emotions in any role weren’t merely cues to the audiences, but directly palpable them. However, never more so than when he conveyed sadness. Which is why, for all his acting skills, what I’ve always remembered foremost about Gandolfini’s performances is the great depth he brought to portraying melancholy. He possessed the unique ability of making the sadness of his characters feel lived in; of representing (sometimes in mere moments) not just the tip of a character’s downhearted iceberg, but somehow the whole damn thing. Even when his characters were unlikeable, he could bestow upon their gloominess a knowing vulnerability that made them feel real and recognizable. Somehow – whether as a person, an actor, or both – James Gandolfini had a strong understanding of the weary undercurrents that can run through our lives, and consistently portrayed and evoked it on screen.

It’s an ability Gandolfini certainly honed on The Sopranos, but one he was continually perfecting throughout his post-Sopranos career – most impressively in his performances in Where the Wild Things Are and Killing Them Softly. In Andrew Dominick’s film, the actor seems to so deeply understand the melancholic hitman that his performance is a veritable master in class in how to not just inhabit a character’s emotional state, but its entire history. He infuses Mickey’s regrets and weariness with a richness that makes them feel ancient and worn. The actor never had a face or physique that would disappear beneath a performance, but Killing Them Softly highlights how his connection with his characters would allow his performance to instead inhabit his face and physique.

Or, in the case of Where the Wild Things Are, completely inhabit someone (something?) else’s face and physique. A lot of credit is given to the actor’s sad eyes, but the heavy gloominess the actor brought to the role of Carol underlines that they were always only tools, not the actual source of his ability to convey sadness. Where the Wild Things Are reinforces just how much Gandolfini understood these characters. With just his voice, the sadness the actor conjures in Carol feels as if it were being summoned from somewhere deep within the actor. Each melancholic inflection strums with a vibrant chord of emotion. Where the Wild Things Are may not be Gandolfini’s best performance, but it’s one of his most poignant, and will forever stand out for me as exemplary of what I remember most about the actor.

James Gandoflini was undoubtedly a phenomenal actor with a remarkable range, but to me he was always at his most accomplished – his most authentic – not during his “big” moments, but the “small” sad ones. It’s why out of all the memorable moments of his career, the ones that still strike deepest are those when Carol’s voice cracks with pain and anguish, or Mickey sighs with resignation and self-loathing. It’s these moments Gandolfini seemed to understand perhaps more than any other working performer. Which is why it strikes me suddenly that he would very much understand exactly how we’re all feeling now – struck and saddened by the immeasurable loss of a rare and great talent.