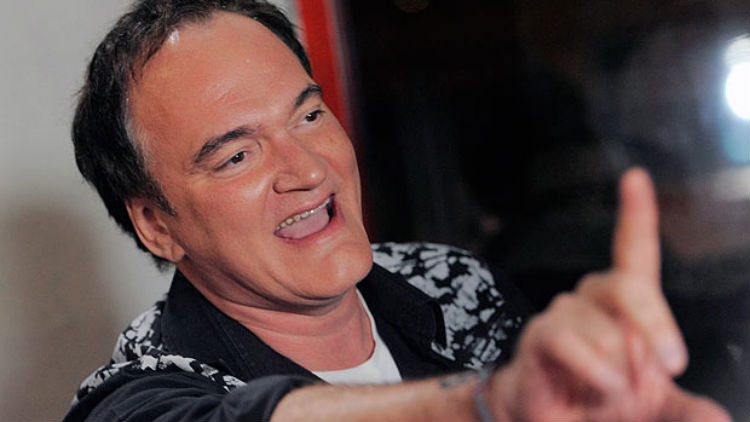 You don’t want to piss off Quentin Tarantino. Last week, someone leaked the script for his new film, The Hateful Eight, and it was a blessing and a curse because he decided to not make the movie due to how betrayed he felt, but it has also provided an entertaining tale of treachery and awesome QT quotes (“I’ve got 10 more where that came from!”). The newest development is that Tarantino has decided to sue Gawker, who posted a link to the script.

It’s hard to argue with someone of such high profile suing Gawker for the insidious “journalism” that regularly goes on there. The lawsuit is, fittingly, strongly worded. “Gawker Media has made a business of predatory journalism, violating people’s rights to make a buck,” it reads. Defamer, a Gawker-owned website that is aptly named, posted an article (QT, forgive me for linking to it) about the leak with a link to the script, but not before adding, “For better or worse.” It’s looking to be the latter.

The suit went on, “There was nothing newsworthy or journalistic about Gawker Media facilitating and encouraging the public’s violation of Plaintiff’s copyright in the screenplay.” Defamer did not host the script on their website, but Tarantino believes that encouraging its readers to read the linked-to script is enough to warrant the suit, as the article ends with the link and, “Enjoy!”.

“Their headline boasts… ‘Here,’ not someplace else, but ‘Here’ on the Gawker website,” the suit reads. “The article then contains multiple direct links for downloading the entire Screenplay through a conveniently anonymous URL by simply clicking button-links on the Gawker page.” Defamer has apparently denied multiple requests to take down the links.

The suit cleverly frames its case by pointing out the alternate route Defamer could have taken, a route of presumably more integrity. “Rather than merely publishing a news story reporting that Plaintiff’s screenplay may have been circulating in Hollywood without his permission,” the suit reads, “Gawker Media crossed the journalistic line by promoting itself to the public as the first source to read the entire Screenplay illegally.”

However this lawsuit is resolved, it’s probably safe to assume that Tarantino won’t be sucking on any Defamer writers’ toes any time soon.