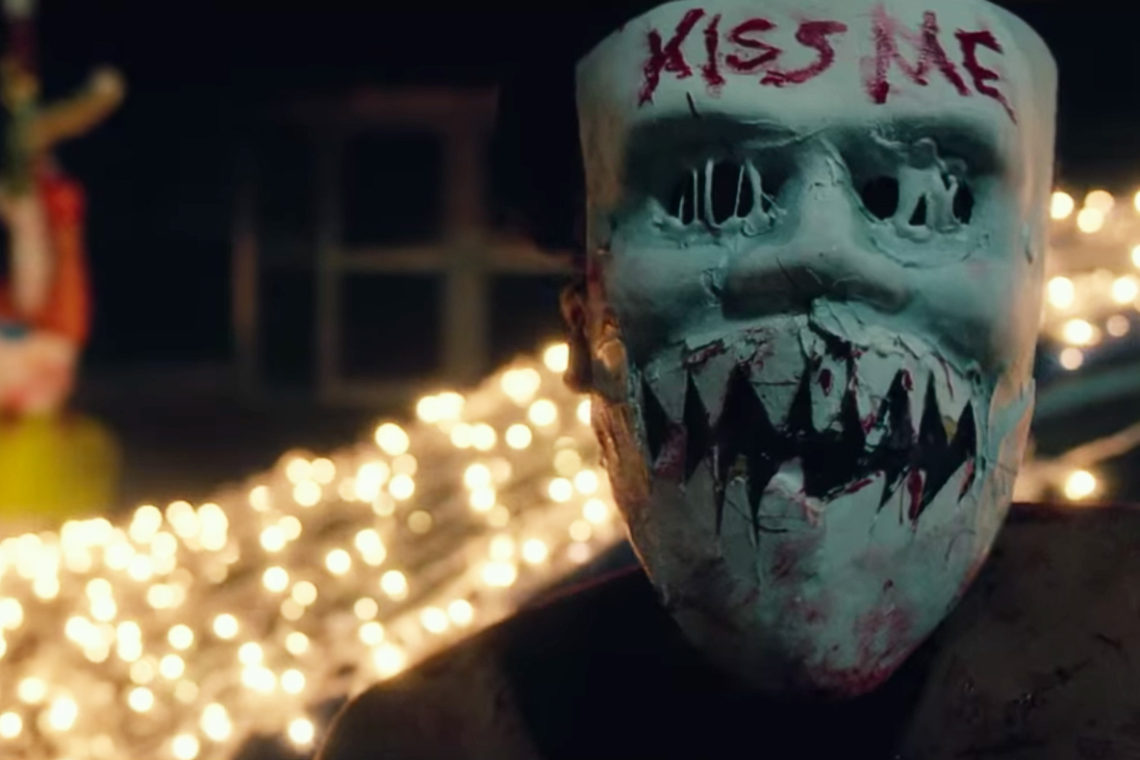 Now Playing: “The Purge: Election Year” and “Roseanne for President!”

In making sense of collective anxiety, the impulse to narrativize prevails. The ousting of England from the Euro Cup tournament by Iceland prompted immediate comparisons to the UK’s impending Brexit from the EU. In parsing out the recent season finale of Game of Thrones, certain corners of thinkpiece-ery compared the current US political climate to the multitudinous thronings and dethronings that took place in a make-believe kingdom. Even our communal mourning over a year of what seems like inordinate amounts of loss and trauma has been distilled into a single narrative in the form of a meme: 2016 is the worst (#fuck2016).

The temptation to graft some kind of faux-profound allegory onto both of this week’s releases is understandably strong. The Purge: Election Year delves into racial and economic strife during a contentious presidential campaign (sound familiar?) while Roseanne for President! follows a celebrity-cum-fringe candidate’s bid for the White House (sound familiar, again?). But the similarities between these two films and our current election cycle are exceedingly facile. And in the case of The Purge: Election Year, it’s not worth the brainpower necessary to make such connections.

The third film in James DeMonaco’s dystopian sci-fi cycle (following The Purge in 2013 and The Purge: Anarchy in 2014), takes place in a cinematic universe in which the United States government has been taken over by a faction known as the New Founding Fathers (aka the NFF, an awkward abbreviation the characters stumble over throughout the film). In a bid to fix the country’s soaring crime rates and economic strife, the NFF creates Purge Night, an annual 12-hour period in which all crime is legal, during which citizens are encouraged to indulge their most sadistic murderous impulses. In Election Year, Senator Charlene “Charlie” Roan (Elizabeth Mitchell) seeks the presidency to end the Purge once and for all. On Purge Night, Roan becomes a target for the NFF. Flanked by her head of security Leo Barnes (Frank Grillo, reprising his Anarchy role) and a motley team of anti-Purge constituents, Roan and company have to survive on the streets of DC on the bloodiest night of the year (as a local vendor of creepy murder masks helpfully tells us, “It’s like Halloween for adults!”)

Amid the carnage, DeMonaco makes clear plays for social commentary. Racially loaded dialogue and imagery seem to tease at #BlackLivesMatter. A particularly garish sequence involving petty teenage criminals both indicts violence while simultaneously reveling in it (made especially icky in the wake of Tasbeeh Herwee’s excellent profile of Tumblr’s bling ring of teen girl shoplifters). And the NFF’s cultish mantra “Purge and Purify” is really a much blunter version of “Make America Great Again.”

The socially relevant content is absolutely there, but this film is simply too stupid to withstand such analysis. At the end of every bloodbath, the characters verbally take stock of who has survived the latest assault—a narrative necessity given DeMonaco’s penchant for shaky close-ups that render action sequences nearly inscrutable. The dialogue and acting are too silly to be taken seriously, while the ultra-violence and ham-fisted socio-political angle is presented too seriously to have much fun with it. For the best manifestation of the Purge as a conceit, forget Election Year and seek out Adult Swim’s superb Rick and Morty (“Look Who’s Purging Now”). At least then, the laughs will be intentional. 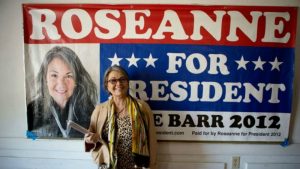 At times, director Eric Weinrib is a little too eager to go for the laugh. In Roseanne for President!, Weinrib follows comedian and former TV superstar Roseanne Barr on her unsuccessful run for the Green Party candidacy during the 2012 presidential election. Featuring appearances by Michael Moore, Rosie O’Donnell and other pop-political personalities, the release of Roseanne for President! feels timed to make some kind of statement about celebrity and voter recognition. Weinrib intercuts scenes of Roseanne on the road (physically or digitally, as she often opts to Skype into debates and campaign rallies rather than appear in person) with interviews with family members and scenes from her wildly famous eponymous sitcom.

The day-to-day beat of the campaign ends up being less interesting that these dives into Barr’s past. Segments with her family contextualize both her political leanings—socialist, pro-marijuana, pro-environment—and her personal failings. Accepting the premise that Roseanne the series was a reflection of Barr’s own working-class values, Weinrib posits that her desire to run for office stems from two very different impulses: One from a genuine desire to help people the current government “doesn’t give a shit about.” The other a matter of ego, a need to once again be in the spotlight.

It’s a fascinating dichotomy, as Barr’s insistence upon helping people in need does seem to come from an altruistic place—a particularly emotional phone-call with her mother cements this. Yet her anger at no longer being the beloved TV star she once was begins to harm her efforts, as she lashes out and alienates anyone to doesn’t see her as the de facto candidate. Unfortunately, it’s in these moments that Weinrib goes for the easy jokes—Barr’s vulgar outbursts are portrayed as funny (at Barr’s expense), but made less so when her family discusses her past issues with mental health. Roseanne for President! too often crosses that uneasy line between laughing-with and laughing-at. Sometimes the most productive way to consider an outrageous and controversial figure is through empathy, which Weinrib only occasionally affords his complex subject.