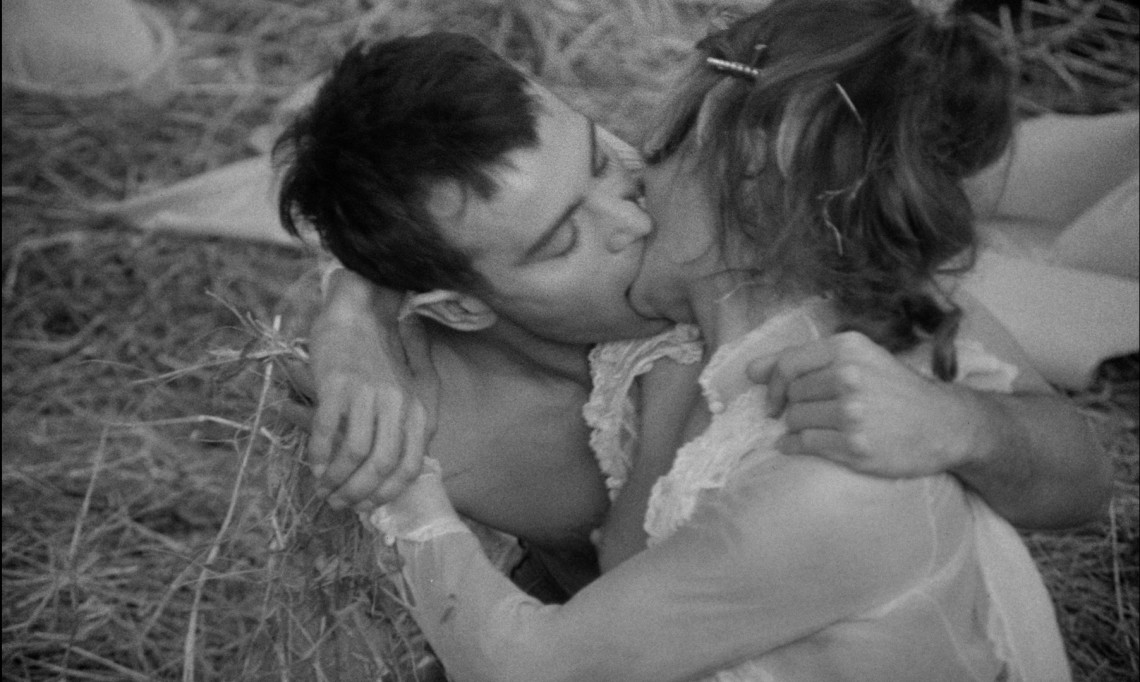 Nothing less than momentous, the DVD/Blu-ray box set “Camera Obscura: The Walerian Borowczyk Collection”, released by Arrow Films in September and containing work of the famous Polish émigré artist Walerian Borowczyk, is already something of a Holy Grail among collectors—sold out almost immediately and now reaching astronomical prices on Amazon (but luckily still available as a series of separate-disc editions).

Born in 1923 in a small town of Kwilicz, Borowczyk started out as a graphic designer in post-war Poland, a country freshly subjected to Soviet rule and very much enforcing a mandatory aesthetic style known as Socialist realism. While dealing with subjects ranging from the evils of American imperialism to releases of new films on Polish screens, Borowczyk found his own voice, helping to co-create the famed school of Polish poster—distinguished by its unorthodox approach to advertising—in the process. His first animated films (absent from the box, but available on YouTube) were made in Poland in creative partnership with Jan Lenica: the hand-made quality of House (1958), both tactile and otherworldly in its bold surrealism, was so stunning that it won immediate international recognition for its makers, in the process opening the gate for Borowczyk, who emigrated to France in 1959 and never really returned to his homeland.

Borowczyk’s French career has been famously marred by what many saw as his gradual descent into the murky world of pornography, with Immoral Tales (1974) usually seen as the fork in the road and Emmanuelle 5 (1987) as the ultimate proof of his selling out to easy titillation. The truth, however, is much more complicated than that, which the “Camera Obscura” box set beautifully proves: Apart from pristine restorations of all included films, the accompanying booklet (a hefty book, in fact) contains not only writing by Borowczyk himself, but also a collection of first-rate essays about his work (with Philip Strick’s ones being the absolute stand-outs) and incisive notes by Daniel Bird and Michael Brooke. 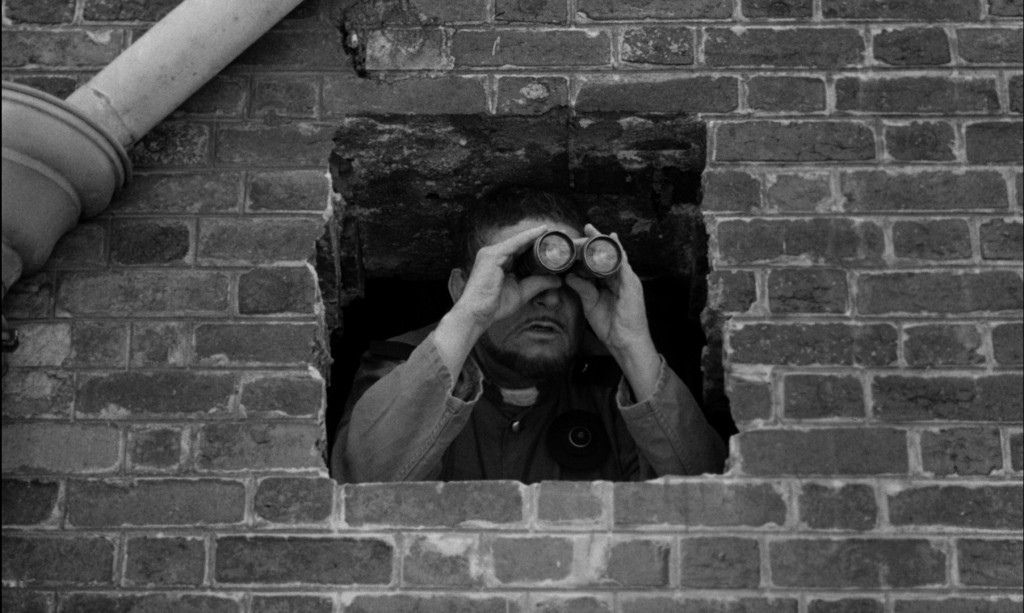 After a series of extraordinary shorts (including The Astronauts [1959], Renaissance [1963] and Angels’ Games [1964]), Borowczyk made his feature-length live-action debut with Goto, Isle of Love (1967), a black-and-white vision of totalitarian drabness transformed into a fable of desire and disobedience that seems half-dreamed by Kafka and yet is entirely original in its approach. It is in this film (recently restored thanks to a rather spectacular Kickstarter campaign) that Borowczyk first applies his unique mise-en-scène, treating actors as objects (and vice versa); composing impeccable box-like frames; and engaging in explorations of power, sex and textures that are virtually unmatched in all of cinema.

It was also in Goto that Borowczyk’s private muse—Ligia, his wife of many years—shines the kind of luminous inner light usually reserved for Greta Garbo and her like. In Blanche (1971), also included in the box set, her lovely features are all but idolized, as Borowczyk reinvents a medieval fable as a tastefully composed series of tableaux, all carrying meanings far more subversive than the rather chaste surface of the film first reveals. 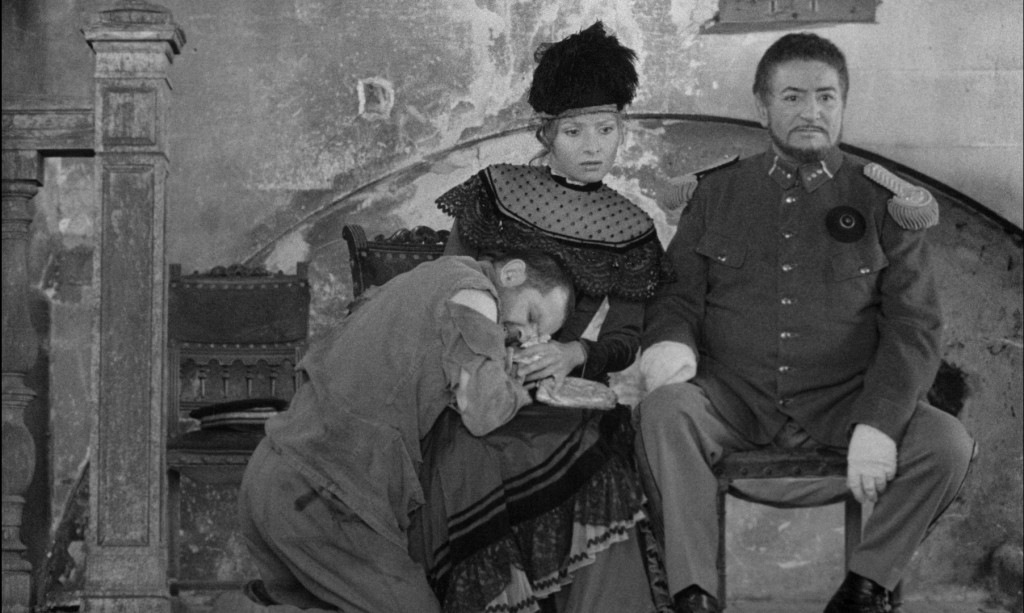 All four included live-action features, together with a collection of shorts and the animated feature Theatre of Mr. and Mrs. Kabal (1967), perfectly illustrate Borowczyk’s growing interest in exploring sex, but they also disclaim the false notion that this interest somehow diminished his artistry. To the contrary: If there is something this extras-laden box set ultimately proves, is that Borowczyk was as avid in his pursuit of titillation as he was in a philosophical inquiry into the very nature of desire, as well as in meditation into the hidden relationship between human beings and objects (the latter including other human beings, of course). To watch the once-scandalous Beast alongside a brilliant, sex-free short like Renaissance is to realize that the filmmaker’s concerns remained practically unchanged over the years and are as discernible in his “respectable” and “infamous” fare: He simply was an artist not afraid to take his art to its logical limit. Renaissance is about things reinventing themselves though shifts of texture and structure; The Beast is about people’s shifting bodies (limp and erect, hairy and hairless, male and female), stuck in the eternal cycle of sexual tension and release.

One of the most revealing extras included in the set is a lengthy chunk of footage showing Borowczyk on the set of The Beast: seeing to every detail himself, not letting anything slip out of control, and realizing a vision that is almost scarily meticulous (as Daniel Bird points out, Borowczyk cooked up the fake sperm himself). This material, combined with some TV ads Borowczyk made in the 1960s (which reveal just how big Terry Gilliam’s self-acknowledged debt to Borowczyk truly is), helps to reinvent and reconstruct the image of an artist that can be truly called one of the key filmmakers of the 20th century. His art was one of tension and opposites: both direct and opaque (Angels’ Games is still the most indirect film about the Holocaust you will ever see), scandalous and old-fashioned, deeply humane and yet uninterested in individual psychology. Mix together Eisenstein, Russ Meyer, Eric Rohmer and late Roberto Rossellini, and you may come up with something like Borowczyk: a stylized champion of passion, texture and self-destruction, whose vision only starts to haunt us anew as “Camera Obscura” undoubtedly announces a true renaissance of his work.

[Boro: L’Isle d’amour: The Films of Walerian Borowczyk, edited by Kamila Kuc, Kuba Mikurda and Michał Oleszczyk, will be published by Berghahn Books in August 2015. It contains contributions from, among many others, Simon Abrams, Fernando F. Croce, Odie Henderson, Kevin B. Lee and Budd Wilkins]