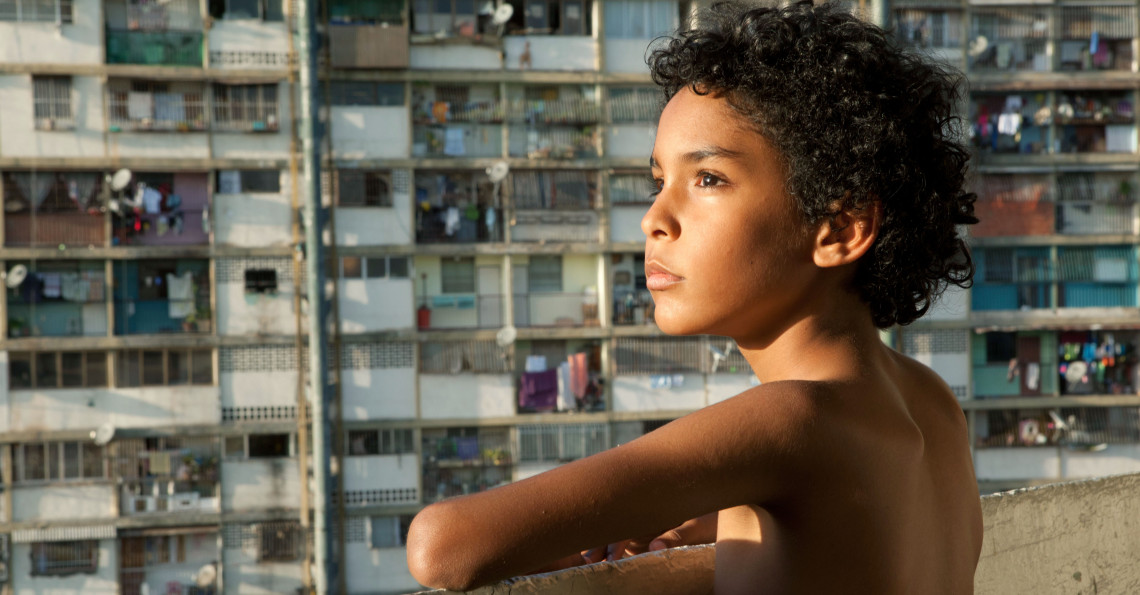 Like their neighbors to the north, Latin America struggles with racism. Afro-Latinos are less likely to see themselves represented in positions of power, in mass media, or live in the best parts of town because of discrimination. Much of the same structural inequality that affects African-Americans repeat themselves in the former colonial Spanish, French, and Portuguese territories.

Two Tribeca Film Festival imports from Venezuela and Colombia explore these themes on the personal level, in the different ways Afro-Latinos may face prejudice, the scarcity of resources in impoverished communities, or the internalized desire to look more European or to live in better neighborhoods. These subtle commentaries depict the lived-in cost of racism in the day-to-day lives of the storytellers. We feel the entrapment of the brothers from Beneventura facing life or death decisions at the bottom rung of the drug trade or Junior’s frustrating grasps for self-expression in his stifling home. Pelo Malo and Manos Sucias explore a multi-faceted Afro-Latino identity stripped of machismo fronting, allowed to cry and struggle, but powerful enough to admit frailty. In a culture that prizes hypermasculinity, this vulnerability is perhaps the best story of these movies.

In Mariana Rondon’s Pelo Malo, Junior is lost in an uneasy home life. His mother is juggling her two children, the loss of her husband to violence, and job loss. When Junior begins to show interest in straightening his hair and becoming a singer, his mother reacts violently. In their tough Caracas community where children are taught how to avoid rapists or dodge bullets after dinner, showing “signs” of queerness can be a death sentence. Junior bonds with his paternal grandmother, who knows how to straighten his hair and teaches him to sing. However societal pressure affects Junior, and he rejects his grandmother’s love because he believes she is turning him into a girl. That harsh machismo line affects him at an early age, and because of it, Junior is left uncertain of his identity and who he wants to be.

The title of the film translates to “bad hair,” a phrased used to describe one’s lack of European-descended locks, which is considered “good hair.” There’s much dialog alluding to Junior’s darker skin and even a jab at his mother for having a lighter second child out of an affair. Pelo Malo is an interesting discussion of race, sexuality, and poverty in Venezuela.

The film is wonderfully composed, taking place mostly within the confines of Junior’s apartment complex. Tilting the camera up or at Junior’s eye level, we can see the world with him. We look up distrustfully at adult figures or sit next to Junior and his female neighbor as they make inappropriate jokes. Our sympathies are sided with him, even when he acts out like the 9-year-old he is. When the camera changes as it follows the mother alone, it tends to look down on the weight of her actions. She is explained to us, but her portrait isn’t very flattering. At just 93 minutes, the movie breezes by but is anything but forgettable. For fans of old school celluloid, it was the only 35mm print I saw at the festival. 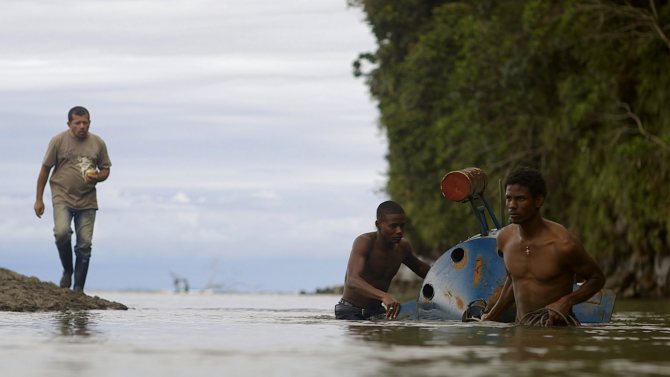 Josef Wladyka’s Manos Sucias follows two men, one young and naïve the other an unwilling veteran of the drug trade, on a routine trafficking job that proves to be anything but. The young Delio has a girlfriend and baby to support and is seeking to break out of Buenaventura’s music scene. Elder Jacobo is aged by tragedy, the death of his son, now buried beneath the scorched earth left behind by drug lords and paramilitary fighting. His goal now is to raise enough money to move to Bogota, a place joked about in Buenaventura as the place where “no blacks live.”

The two men are at different stages of their life, but share a common identity, one that’s very quickly pointed out over a soccer feud. During an otherwise friendly sports talk, Jacobo and Delio swear that Pele is the best player before their lighter drug boss dismisses their opinion because of their skin color. This disempowerment happens several times before they decide not to stand for it any longer.

The film is bleak during their drug trafficking misadventure and only brightens up in flashback. Sea water is almost as grey as the sky, the shadows on weary faces seemed to darken with every nautical mile. The crew filmed in many of the real coastlines affected by decades of the drug war, and it shows in the hollowed out paths leading in and out of the tropical forest.  Music plays a much larger presence in “Manos” than in “Pelo,” as Wladyka mixed an original score, Buenaventura rap, and local folk music. Nearly every transition came with a new sound and was the most time a woman’s voice can be heard during the violent journey. The visual depiction of the men adrift at sea, is not unlike their lives onshore: uncertain.

The three men of the two movies are in different stages of their lives: childhood, adolescence, and adulthood. Daring and bold, there needs to be more of these movies that open the Latino male identity beyond stereotypical violence and sex. “Pelo Malo” is Junior’s coming of age story that remains unfinished, just as Manos Sucias is about Delio facing the realities of the drug trade he thought would be his ticket to stardom. All share an identity not often seen in telenovela magazines or at a podium declaring laws, but theirs is a face that needs to be onscreen more, both in their countries and in ours.