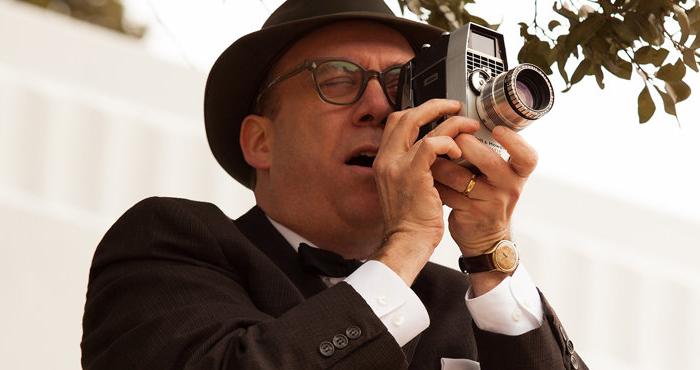 It’s been 20 years since the release of In the Line of Fire, the last major motion picture about the assassination of JFK. That film came on the heels of JFK and Ruby, both of which came out the year before. Although they took different tacks, all three films served the same social purpose: to provide closure for a generation of Americans still bearing the scars of Kennedy’s death. JFK and Ruby aimed to “solve” the murder mystery, dramatizing and legitimizing various conspiracy theories in the hopes of provoking discussion and getting Congress to de-classify documents relating to the investigation. In the Line of Fire only wanted to bring symbolic and emotional closure. I can see why.

For Kennedy Democrats, it had all gone pretty badly since November 22, 1963: The Vietnam War, Watergate, a brief glimmer of hope in Jimmy Carter, and then Ronald Reagan, who presided over a massive national shift to the right. In other words, the hopefulness of the Kennedy era had not been eviscerated that day in November; rather, it was a long, slow process of disillusionment, and it’s easy to read JFK, Ruby, and In the Line of Fire as one generation’s attempt to push back against the Reagan years and build a liberal counter-narrative for all that had gone wrong.

I guess each generation gets the JFK assassination they deserve. Twenty years after the last JFK assassination film, we get Parkland, which speaks directly to the events and values of our time. The debut film from journalist-turned-screenwriter Peter Landesman dismisses conspiracy theories altogether and instead focuses on the human side of the story. But it’s emotional journey feels connected to a more recent national trauma: 9/11.

Based on Vincent Bugliosi’s epic tome Four Days in November, the film takes us into the lives of several characters loosely connected to the assassination. History buffs may know their names, but their lives have never before been explored onscreen. There is Abraham Zapruder (Paul Giamatti), who took the famous footage of the killing and is struggling to emotionally process his role; Robert Oswald (James Badge Dale), brother of the assassin, who strugges with the notion that his brother is “the devil”; James Hosty (Ron Livingston), an FBI agent who was tracking Oswald prior to the assassination but did not take his threats seriously; and Dr. Jim Carrico (Zac Efron), the young attending physician who worked on Kennedy when he arrived at Parkland Hospital.

That sequence – when Kennedy’s near lifeless body is wheeled into the hospital and the doctors and nurses work passionately to save him – is unbearably tense. The film never really recovers from it, nor should it. Landesman effectively puts the audience inside that room, forcing us to view the assassination with fresh eyes and to re-experience the trauma of Kennedy’s death.

Then again, I wasn’t alive in 1963, so maybe it’s not fair to say that I was re-experiencing it. I was, however, alive for a different national trauma, and it’s the only one in the last 50 years that could be considered as damaging to the American character as JFK’s death. While watching Parkland, I re-experienced the spectrum of emotions I felt after 9/11, and I think that’s exactly what Landesman – who was himself living in New York City at the time – had in mind.

The similarities are hard to ignore. Parkland opens with that heart-stopping hospital scene. It’s filmed with such immediacy. Even though you know how it ends, the brilliant performances, sharp editing, and frantic camera work have you fighting for his survival right alongside the doctors and nurses. It called to mind the final moments of United 93, which was shot by the same director of photography, Barry Ackroyd. He is one of only a handful of cinematographers who operates the camera themselves, and the personal touch shows: he somehow imbues his hand-held work with a strong point of view, which helps the audience feel as if they themselves are in the room.

When the hospital scene ends, the hangover begins, and once again, 9/11 could serve as a point of reference. For the rest of the film, the characters walk around in a stupor. Their world is forever changed, and they grapple with a complex mix of emotions – anger, sadness, fear. Most of all, they are confused, as if their world has been thrown off balance, and Landesman re-creates this feeling in the audience by refusing to give us a consistent entry point. Like in United 93, there is no central protagonist here, and the film often feels purposefully off-kilter as a result.

The film was clearly crafted to provoke this specific reaction. In psychology, re-experiencing a trauma is often an indicator that the body and mind are still struggling to cope, but, under controlled circumstances, it can be key to the healing process. At their best, the movies can help with this. In fact, cinema is the ideal medium for this process because we give ourselves over to it as a group, at least when we see it in a theater. Television can’t change us in the same way because we watch it on a smallish screen by ourselves or with a loved one. Books can’t because….do people read books anymore? When we go to the movies, we lose ourselves – in the darkness, in the overwhelming images, and deafening sounds. And we do it as a community, sharing the darkness with friends and strangers, creating a perfect environment to re-live past traumas and reassess our collective feelings.

Parkland seems very familiar with these concepts, and it achieves what is, in my opinion, cinema’s most important purpose: to deepen our understanding of the events that shape our lives. Perhaps the film’s most impressive accomplishment is that it manages to hit two generations in two different places. Some of the older members of the audience will leave the theater with a new perspective on Kennedy. But for most of us, the drama will hit closer to home.