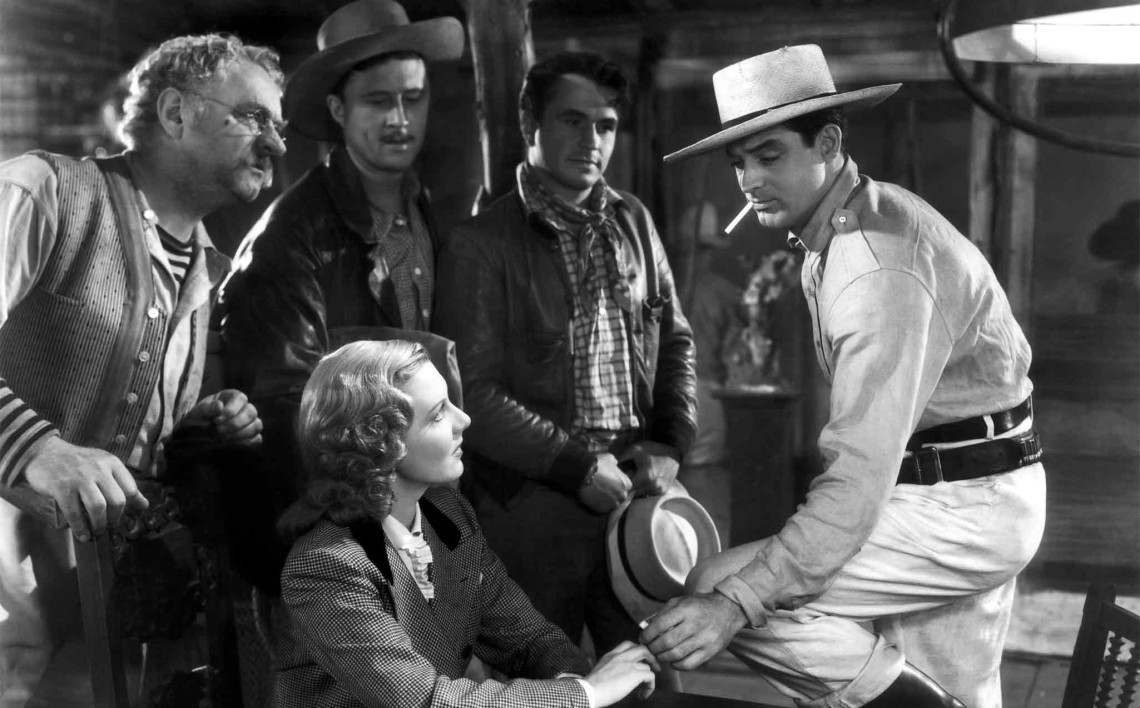 A Film of the Dead: On “Only Angels Have Wings”

Jake Cole on the Howard Hawks classic "Only Angels Have Wings," available now on Criterion Blu-ray.

Howard Hawks is revered for his ability to work across a number of unrelated genres and to link them all with a web of connective tissue. His pictures share among them a love for professionalism, the presence of self-sufficient women, and both the surfeit and dearth of talk to circumvent the confession of actual feelings. Viewed through an auteurist lens, 1939’s Only Angels Have Wings may be Hawks’ most quintessential feature, yet no other film of his looks like it, not even his handful of aviation movies. Gone are the unobtrusive frames of simple, focused blocking in natural interior and landscape settings, replaced instead by crowded, cluttered images that situate everything in a confined space where everything outside the line of sight may as well be mapped with nothing but “here there be dragons.”

The film takes place in Barranca, a fictional South American hamlet turned into a thriving port town by the banana trade. Establishing shots of the town are drenched in shadow, with only the palest light to illuminate the sleepless bustle of a city that seems permanently cloaked in night. A trading vessel arrives out of the blackness in a shroud of fog, yet this is no ghost ship. The mist belongs to the town, masking sea on one side and mountains on another. It’s like Brigadoon set from the perspective of the townsfolk, forever peering out at the limits of their world’s perimeter as some come and go in locked round trips. So abstract are the spatial dimensions of the location that the buildings and interiors on land feel incomplete as well, nearly every frame disappearing into shadow at the edges, even inside a well-lit saloon.

The setting induces dread on its face, but it becomes even more terrifying when the plot centers on an airmail company where pilots must regularly fly out of and back into the fog. Only the best bush pilots can accomplish this task, and even they must rely on a primitive radio tandem of one man on the ground guiding them using nothing but the sound of their plane engines to triangulate positions. This is Hawksian professionalism distilled to its most basic components, of the best of the best completely dependent on each other for everyday survival. 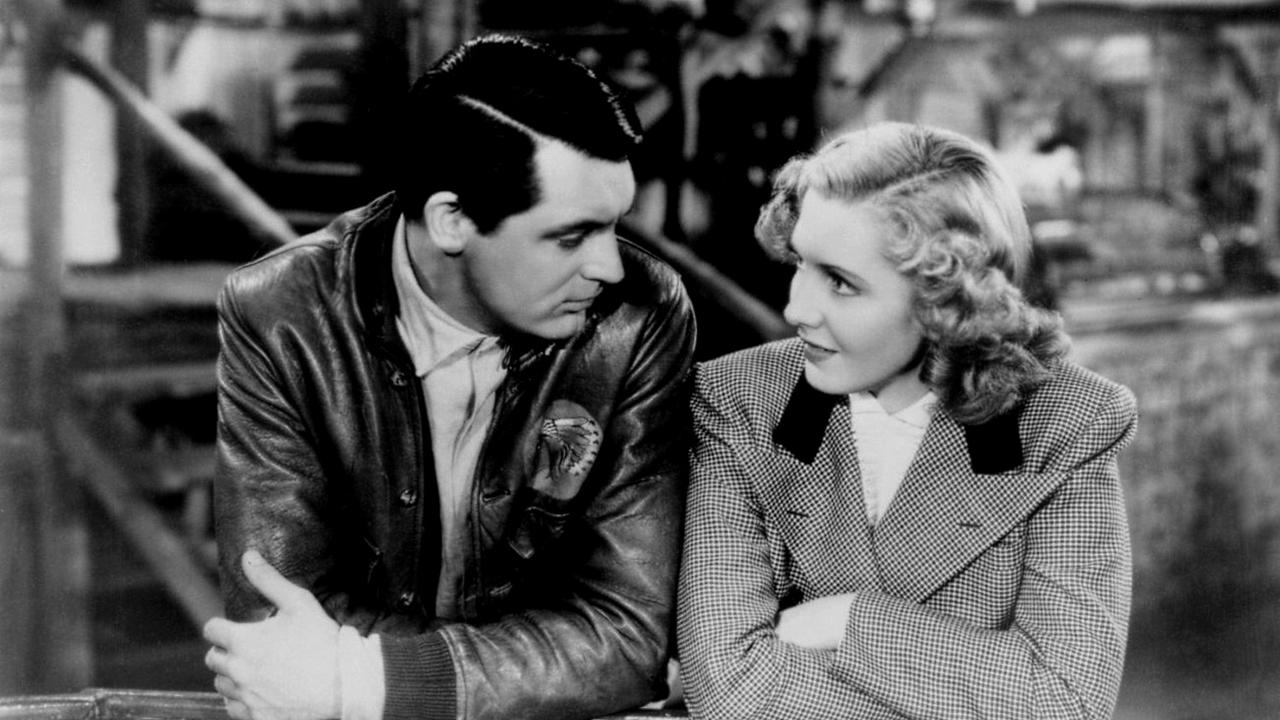 Life itself seems cheap among these men, however, as the sheer number of fatalities have stacked to the point that any death merely adds another notch to a long-forgotten count. Joseph Walker’s cinematography casts everyone in pale glows, high overhead lighting giving them the appearance of phantasms. Isolated out of space, the characters seem equally isolated out of time; one of the pilots says that nearly everyone in town works for “The Dutchman,” and though he means the kindly saloon owner Dutchy (Sig Ruman), this almost sounds like an allusion to Age of Exploration trading ventures like the Dutch East India Company. The transportation may be modern, but the feat of heading into the unknown for the sake of capital is centuries old. The irony, of course, is that there is nothing in the area on which to even spend money. It’s a town that exists as a pit stop for those actually making money and a permanent residence for those who merely help such people to get their fortunes.

Into this world of dead-eyed, perfunctorily working men comes Bonnie Lee (Jean Arthur), who stands out less for being, for a while, the only woman in sight (though that certainly stirs the men) than for the feeling that she is the only one among them who is truly alive. The lighting that drains the men infuses her with life, and her checkered past with airmail manager Geoff (Cary Grant) and the excitement she causes among some of the younger pilots produces vague echoes of Hawks’s screwball comedies, if only for a few minutes. Compared to the more rugged heroines of other Hawks movies, Bonnie is a more traditional, redeeming figure, but in the context of this purgatorial nightmare, her brightness is a necessary jolt of personality, and it makes her seem more rounded by differing from those around her.

Even so, the prevailing mood of the film is one of muted trauma, of ghostly listlessness anchored to capitalistic duty. Early on, one hotshot refuses to call off his landing in a heavy fog and ignores Geoff’s commands to pull up and circle until the weather clears. “It’s all right, Geoff,” he says in a curiously flat voice, “I see the lights.” This is a film of the dead, and though the flying itself involves intricate cooperation, everyone exists on autopilot. Only a double coda of moral and romantic absolution can return anyone to the realm of the living, and the belated recognition of meaning in human interactions has rarely been felt so resoundingly in film. Without it, the characters are revenants, but with it, they truly animate.