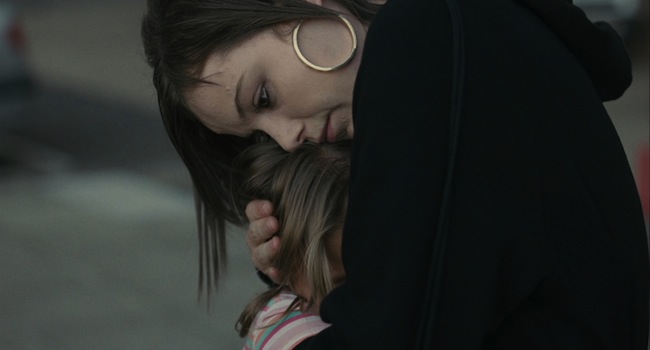 On the Lack of Women in Our Top 15 Directors

If you haven’t already, I urge you to read our post from yesterday in which the Movie Mezzanine staff got together and made a list of the Top 15 Working Directors. If you take the list as reflecting where cinematic appreciation is currently, it holds up quite well. It’s a good variety of directors representing a plethora of styles and ranges, including a mix of mainstream appeal and esoteric art filmmakers. There are some big names missing, of course, as would be the case with any list—particularly any consensus list—but overall it’s pretty solid.

Looking over the list, though, there is one striking issue. Of the fifteen picks, fourteen are male, and twelve of them are white and western. The race/geography element is no doubt a problem, but with the inroads made in recent years by female filmmakers, it’s disheartening to see only one woman, Andrea Arnold, crack our collective Top 15.

Now, the list wasn’t compiled in any seriously scientific manner, and only eleven ballots were submitted. Each staff member was asked to contribute only five choices for “best working director.” That’s not a lot of names to go on, but as a method for picking only the top contenders, it seemed appropriate.

In the eleven ballots received, only six directors mentioned were female: Andrea Arnold, Farah Kahn, Kelly Reichardt, Claire Denis, Kathryn Bigelow and Sarah Polley. Of those six, only Arnold was named more than once.

To me, this is revealing. First, while still an underrepresentation of society at large, as a representation of the film industry, the number of female directors voted for is fair, but it’s not nearly enough. This is especially true when factoring in acclaimed directors who were not mentioned, such as Sofia Coppola, Jane Campion, Miranda July and Deepa Mehta. Secondly, and more importantly, it reveals how difficult it is to form consensus around these directors. 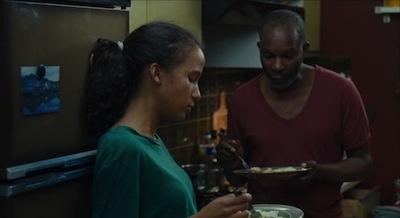 None of this, in my opinion, reflects poorly on the tastes and open-mindedness of the Movie Mezzanine staff. Unfortunately, the lack of female representation on the list is a reflection of problems facing the film industry and the critical community as a whole. Where much of society is making great strides on including women, the film industry is still a pretty backwards place. Women have a harder time making it in Hollywood. Institutional sexism makes it more difficult to sell a film based on a female star. Female directors often have more trouble getting a project off the ground. It’s a sorry state. The critical community often voices concern, as I’m doing right now, but as creators and guardians of a cinematic canon critics still have a long way to go in discovering and championing female talent.

There are signs of change, thankfully. This year, half of Sundance’s slate of films were directed by women. Slowly, more and more women are becoming part of discussions of the great auteurs. But if lists like ours are any indication, more needs to be done.

Part of it might just be that these films by female directors are under-distributed and under-seen. Even Andrea Arnold, who made our list with only three feature films to her name, has had this problem. Red Road hasn’t been widely viewed. Fish Tank got a small release, but has been given a big boost through inclusion in the Criterion Collection. Her most recent film, Wuthering Heights, got another small release and was barely seen. Compare that to Rian Johnson, whose first film, Brick, was a big hit at Sundance and became something of a cult favorite. He’s gone on to make two more films, which have received a fair amount of attention and even some serious box office success. Maybe the comparison is slightly unfair since Johnson’s films carry more mainstream appeal, but then isn’t it part of the task of the critical community to shine as much of a light on less obviously mainstream films as possible?

The importance of this issue cannot be understated. While it’s true that in the end these are all artists, and making distinctions between male and female isn’t entirely necessary, the distinction is not arbitrary. Men and women—in case you weren’t aware—are different. Individual experiences are all unique, but the experiences of men and women are also unique, delivering unique perspectives on the world. For so long the cinematic landscape has been dominated by white male voices telling stories from a white male perspective. We need more diversity in the art form, and while ethnic diversity often has natural barriers of geography and language, there really isn’t any excuse when it comes to female filmmakers. More are needed, and more need to be held up. 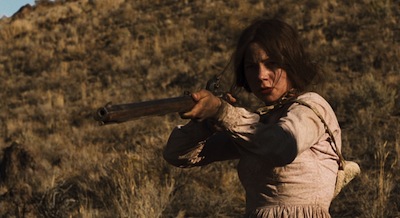 There’s no question in my mind that the critical community can play a big part in this. Argue against “the canon” all you want, but canonizing filmmakers goes a long way to inspiring new filmmakers and creating a wave of acceptance. When young girls looks at lists of the best directors of all time, it’s no wonder that most are discouraged from even attempting to make films. Conversely, the more lists like these feature women, the more acceptance we’ll see of the fact that female filmmakers really are delivering great works alongside their male counterparts.

We should also be unafraid to question our own biases. If the standard image of a great director is some commanding man, probably with a beard, then we need to change that. If we’re worried that many bright female filmmakers are also quite new and don’t have enough films to their name, then we must remember how quick we’ve been to call men like Rian Johnson or Paul Thomas Anderson or Wes Anderson masters of their craft early in their careers.

None of this is easy, but it is slowly changing. It can change faster, though, if the critical community is on board, bringing more attention to the marginalized voices on the cinematic landscape. Where to begin is difficult, but the best place to start is to find these talented filmmakers and champion them with all our might. Compensate for the disparity. Sarah Polley has a new film coming out? Make it an event. Sofia Coppola is working on a movie with Emma Watson? Give it the same level of attention we gave Looper. A young woman makes an impressive, original debut feature at Sundance? Lavish her with the same attention we gave Benh Zeitlin and Beasts of the Southern Wild. This is how we begin to change the game, and then, maybe a couple years down the line, we can put together another Top 15 Working Directors and see at least a few more female names pop up on the list.