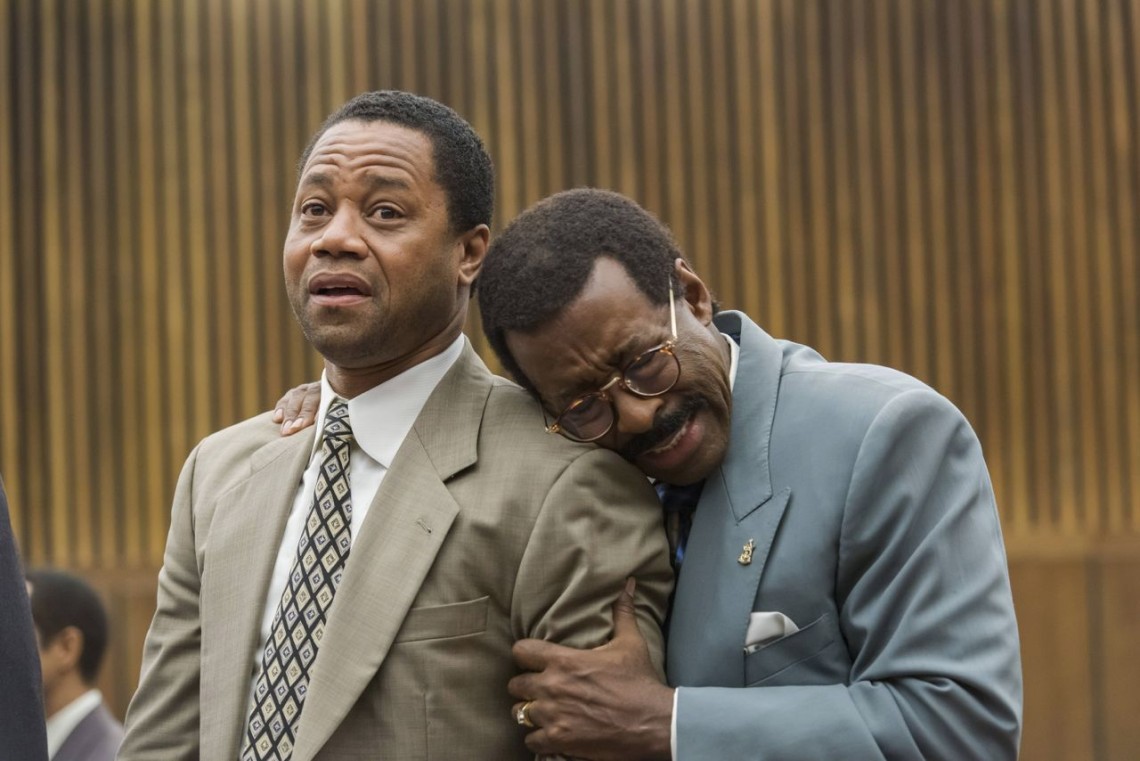 Reasonable Doubt: On “The People v. O.J. Simpson” and “O.J.: Made in America”

Mallory Andrews explores the similarities and differences between the new documentary "O.J.: Made in America," and the recent fictionalized docuseries about his murder trial.

“Evidence doesn’t win the day. Jurors go with the narrative that makes sense. We’re here to tell a story. Our job is to tell that story better than the other side tells theirs.”

Like the circumstances and events that spurred the explosive O.J. Simpson murder trial in the 1990s, we have returned to another moment in history that has been building for decades. Deep in the middle of an incendiary presidential election that has been colored by outright bigotry and misogyny, it is an opportune time to return to one of the biggest cultural events of the last century. Twenty years on, we’re only just now coming to terms with the fallout of the Simpson trial.

Or rather, it’s only 20 years on that we have the vernacular tools with which to talk about the case’s complexities. At the time, the murder was framed through two opposing narratives: a clear-cut case of domestic violence (as put forth by the prosecution) and one positing a racially motivated frame-up by the LAPD (the claim made by the defense). An either/or scenario with sexism in one corner, and racism in the other. We’ve now only just begun to understand the effects of intersectionality, or the idea that systemic prejudices of all kinds inextricably feed into each other to uphold a predominantly white patriarchal status quo. We’ve also entered a time of unprecedented media literacy—or, if not literacy, then saturation. The wall-to-wall television, radio, and print coverage of the trial seems quaint now in the era of social media, where terms like hot take, clickbait, and (perhaps to a lesser extent) think piece are used to conjure up the image of a certain kind of intellectually bereft journalism.

It’s not surprising, then, that two long-form re-examinations of the O.J. Simpson trial have premiered this year: FX’s star-studded fictionalized version of events in the mini-series The People v. O.J. Simpson and ESPN’s multi-part documentary O.J.: Made in America. Viewed together, they’re a fascinating complementary duo that examines both the interpersonal dramas and broader social contexts of the now-iconic events. 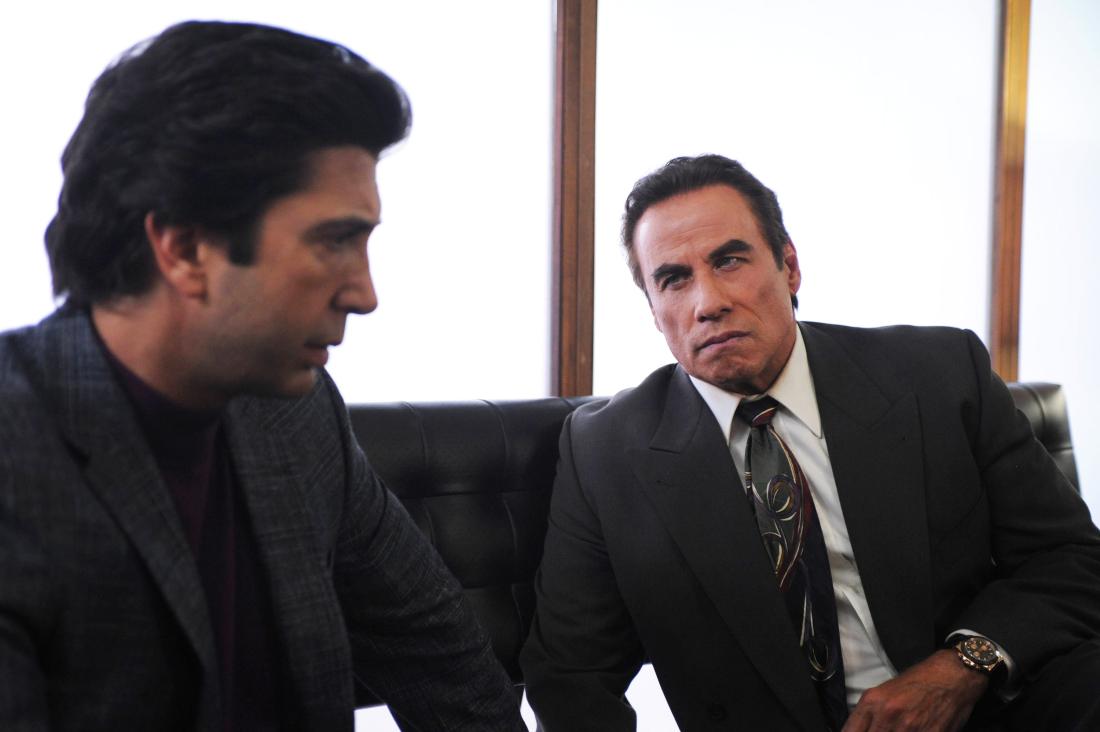 Inevitability hangs like a pall over The People v. O.J. Simpson, the inaugural season of the FX anthology series American Crime Story. Every strange twist and turn in the 10-episode run is tinged with the foreknowledge of the case’s outcome: Simpson’s acquittal of the murders of his ex-wife Nicole Brown and her friend Ron Goldman. With a foregone conclusion built into its structure, the series smartly leans into that self-awareness. The central performances range from high camp to nuanced and understated. For all of Sarah Paulson and Sterling K. Brown’s naturalism as prosecutors Marcia Clark and Christopher Darden, respectively, there’s John Travolta’s histrionics as defense lawyer Robert Shapiro, whose pursed lip rictus and wild-eyed expression sits below a comically heavy brow (or, as Sam Donsky eloquently puts it, “no one has ever thought to have their shoulders & eyebrows swap functions before”). It’s a mix of tonal registers that recalls both sleazy made-for-TV movies and sordid reality programming. The latter is lampshaded by a running gag in the front half of the series involving appearances by the young Kardashian brood, like the oft-memed moment when David Schwimmer’s Robert Kardashian is asked to spell his surname for reporters during a live press conference. A kiddie Khloe, Kim, Kourtney, and Rob watch from home and gleefully chant their now-infamous name, a pandering nod to their later reality TV super-stardom.

Underneath these trashy accoutrements, The People v. O.J. Simpson attains something more ingenious than merely revisiting the tabloid headlines of the trial, especially as the series moves further into the months-long legal proceedings. Clark, Darden, Shapiro, Johnnie Cochran (Courtney B. Vance) et al, suddenly became household names, forever linked with the downfall of a once-beloved sport’s hero. The show strips away at these public personas and manages to delve into these deeply flawed individuals, for whom any mistake will be openly scrutinized by the media. Though the outcome of the trial is a certainty, the show crackles with personal doubt and interpersonal drama between these key players. Notably, the close relationship between Paulson and Brown’s Clark and Darden, the portrayal of which the real Marcia Clark has praised as capturing “an essential truth even if it’s not a literal truth.” Working in close quarters for months on end, The People v. O.J. Simpson suggests the possibility of a romantic attraction between the two colleagues. After a night out with Darden and his friends (a rare moment of downtime outside the often tense courtroom), Clark is visibly disappointed when Darden decides against a goodnight kiss. That growing tension feeds into their professional conflict, which the show hints may have been the reason famously Darden disregarded Clark’s warning not to have Simpson (Cuba Gooding, Jr.) try on the bloody glove found at the crime scene. The inevitability of the moment unfolds like a Greek tragedy, with its cast of imperfect characters powerless to stop it. 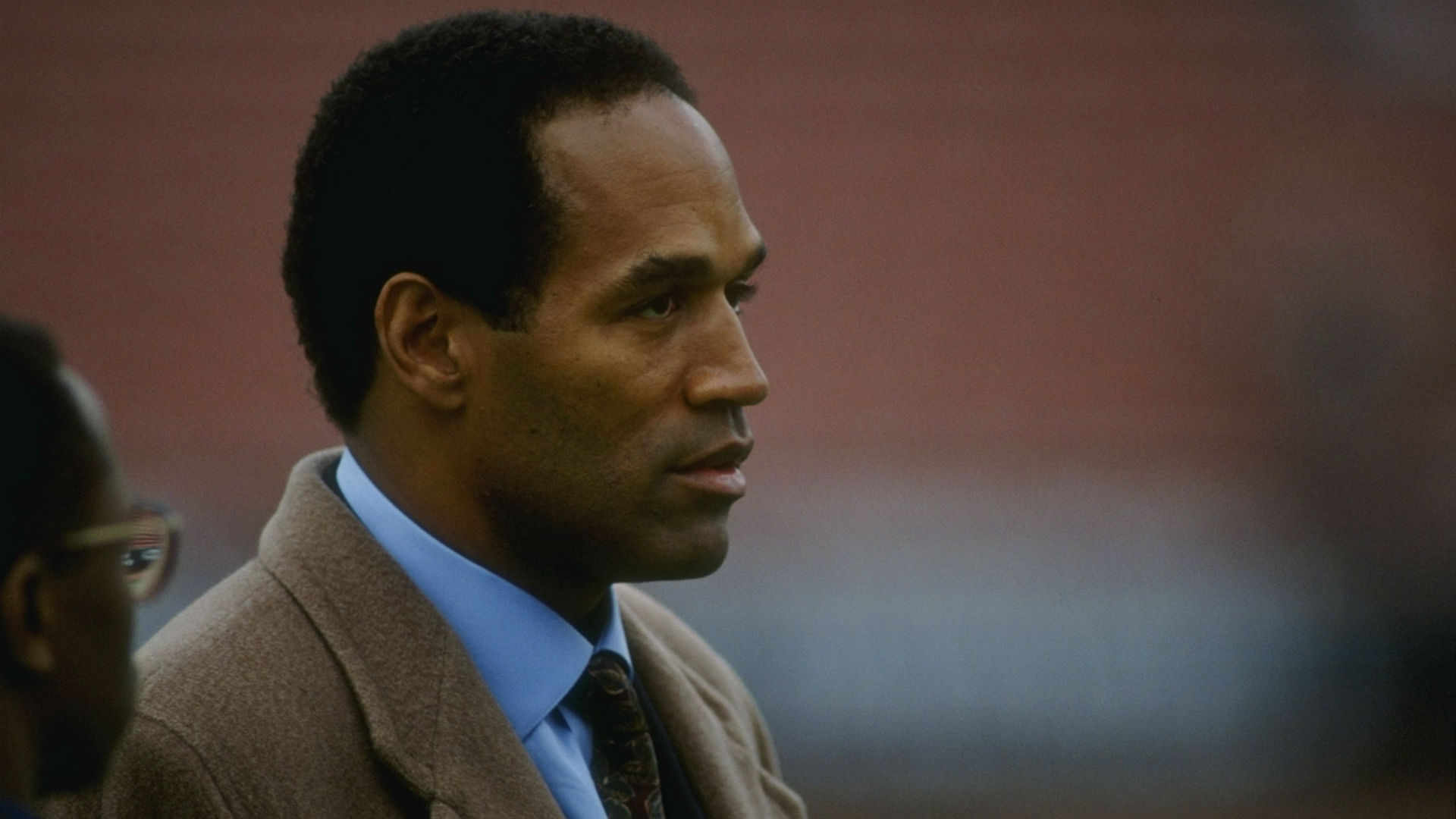 Where The People v. O.J. Simpson focuses on the interpersonal, director Ezra Edelman’s five-part entry in the 30 for 30 docu-series O.J.: Made in America is more concerned with the wider social context of Simpson’s life and career. The first episode covers Simpson’s college football days at the University of Southern California, from his thrilling 64-yard run during the 1967 USC v. UCLA game (regarded as one of the greatest college plays of all time), to winning the Heisman Trophy, to his popular film and commercial career (notably his time as spokesperson for Hertz Rental Cars). Here, Edelman’s miniseries improves upon The People v. O.J. Simpson’s depiction of Simpson, in which Gooding, Jr.’s performance presents the character as something of a cypher, displaying none of the charisma and charm “The Juice” was once known for. It’s an important corrective, especially for those who many only remember Simpson for being accused of the murders of Brown and Goldman. Illustrating Simpson’s stature as a adored cultural figure is key to understanding the shock surrounding his arrest, and the enduring support he enjoyed throughout the trial, specifically the support he received from the black community.

Edelman builds the story of Simpson’s career in conjunction with key moments in the civil rights movement that were happening at the same time. Simpson’s Heisman win occurs at the same time as the Watts riots in Los Angeles; the Rodney King riots form the backdrop for his time hobnobbing with white celebrities in Brentwood. As race relations in LA reached a boiling point, Simpson had built a public persona that studiously downplayed his blackness. Yet during his trial at the behest of his counsel, he was played up into a figurehead for black injustice. Edelman interviews two key jurors in the Simpson case, both of whom admit Simpson’s acquittal was likely “revenge” for the injustice of the Rodney King trial. It’s a shocking admission, yet wholly comprehensible in the social context that Edelman presents.

Fascinatingly, Nicole Brown is a structuring absence in O.J.: Made in America—that is, her absence is viscerally felt, whereas in the FX series, she is simply absent. The ESPN series encompasses the breadth of their relationship, from meeting when Brown was 18, through their tumultuous courtship and violent marriage. Controversially, Edelman shows the graphic crime scene photos of Brown and Goldman’s murders. However, he skirts the line of salacious exploitation in not revealing these photos until late in the trial, moments before Simpson’s verdict is read. The photographs are undeniably brutal. As Paulson’s Clark suggests in The People v. O.J. Simpson, Brown appears to have been nearly decapitated—a visual made all the more chilling by the knowledge that the compelling central figure we’ve come to know and despise in equal measure is about to be acquitted for her death.

Neither The People v. O.J. Simpson nor O.J.: Made in America offers the definitive take on the Simpson trial, and laudably so. It’s a case symptomatic of generations of civil unrest, misapprehensions about domestic violence victimhood, and legal systems easily gamed by those with the resources to do so. As the far-reaching tendrils of the O.J. Simpson trial are thoroughly studied by both series, they don’t so much as illuminate as they cast further doubt. That narrative dissatisfaction is a necessary evil with no easy answers, captured by this duology about the thorny social, political, and personal issues we still grapple with today.