It’s somewhat odd to think of Cameraperson director Kirsten Johnson as a first-time filmmaker. With over 20 years’ experience working as a cinematographer for acclaimed documentaries by Kirby Dick (This Film Is Not Yet Rated, The Invisible War), Laura Poitras (Citizenfour), and Michael Moore (Fahrenheit 9/11), Johnson and her camera have spanned the globe multiple times over, accruing hours of unused footage. With Cameraperson, Johnson has constructed a dizzying visual memoir of her times spent on-location, ingratiating herself within communities and unfamiliar places from behind the camera.

There are complementary impulses at work in Johnson’s film that put her in league with two of the great New Wave/Left Bank filmmakers. From Agnès Varda’s autobiographical The Gleaners and I (2000) and The Beaches of Agnès (2008), Johnson takes up Varda’s bricolage method, constructing a free-form narrative out of a decade’s worth of footage as a way to glean (in the parlance of Varda’s 2000 film) new significance from what was formerly thought of as detritus. That significance dovetails into the thornier elements of Cameraperson’s methodology: Johnson’s infiltration into communities as a foreign interloper. The presence of Johnson and her camera aligns her with the ethnographic films of Jean Rouch. Rouch, nominally known for 1961’s Chronicle of a Summer, spent decades documenting African tribal practices. He wrote extensively of the anthropological issues presented by his very presence in those environments. His camera, simply by virtue of being present, disrupts the objective truth of those situations. But in that disruption, a new kind of camera-conscious truth emerges.

Cameraperson is a purposefully camera-conscious exercise, as Johnson’s awareness of the space she takes up as an interloper is inherent throughout the film. The denizens of Bosnia, Nigeria, Colombia, Myanmar, Yemen, et al, that populate Johnson’s cinematographic oeuvre aren’t just presented as passive subjects to be looked at: they return the gaze, actively participating in the process of Johnson’s image-making. Johnson herself eventually returns the gaze at the apex of a running storyline depicting her mother’s final few years over the course of her career. As she captures the image of her mother, likely for the last time, her camera slips into view of a mirror, and suddenly Cameraperson merges method and subject. It’s a sublime experience, one not to be missed on the big screen. 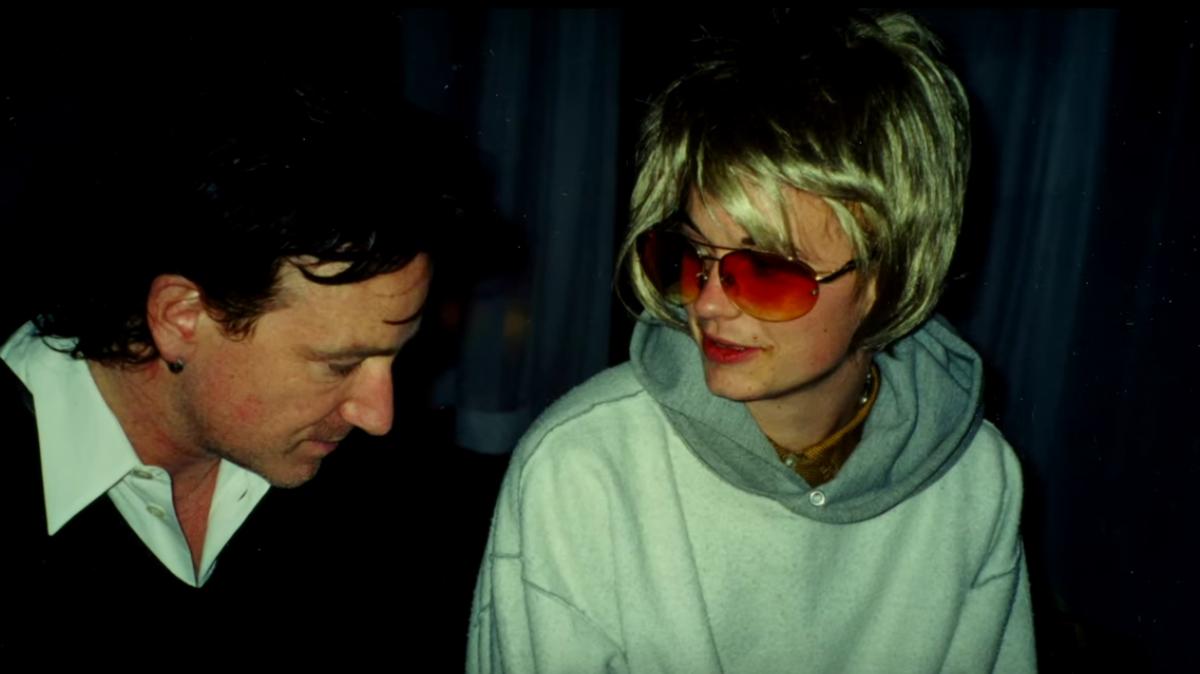 The tale of JT LeRoy is so unbelievable, perhaps the only way to convincingly render its many convoluted twists is via documentary. LeRoy, a formerly homeless gender-fluid sex worker from West Virginia, was a literary wunderkind who emerged on the scene at age 19 with the drug-addled and sexually frank 1999 novel Sarah. Several books, interviews, and a few movie scripts later, LeRoy was eventually revealed in a 2005 New York Magazine exposé to be a fiction: a persona created by San Franciscan punk rocker Laura Albert.

As in The Devil and Daniel Johnston, Jeff Feuerzeig delves into the strange psychology of his subject in Author: The JT LeRoy Story. Essentially a feature-length interview with Albert and those involved in the LeRoy ruse, including Albert’s husband Geoff Knoop, who publicly took on the persona “Astor” LeRoy’s ex-lover, and her sister-in-law Savannah, who for years masqueraded as LeRoy during media appearances. Aesthetically, Author plays out like a true-crime procedural, as Feuerzeig peppers the film with photographs, archival footage from LeRoy’s public appearances, taped phone conversations between “LeRoy” (sometimes Albert sporting a thick West Virginian accent, sometimes Savannah doing the same) and therapist Dr. Terrence Owens, and messages from the various Hollywood glitterati so enamoured by LeRoy’s raw “authenticity” (one amusing moment references Madonna’s offer to send the young author Kabbalah books).

For such a twisty story, it’s a fairly straightforward retelling—Feuerzeig reveals Albert’s subterfuge in the first act, and simply has her tell the whole story in chronological order. Perhaps it was necessary in the name of clarity, but, in spite of the inherently crazy story, a straightforward retelling becomes a bit rote after a while, especially in the third act. By virtue of the existence of the documentary, we know at some point LeRoy’s true identity will be publicly outed. Attempts to reveal this moment with any mounting suspense is immediately deflated with this foreknowledge.

There’s another aspect of Author: The JT LeRoy Story that doesn’t sit right. There’s a half-hearted effort to pathologize Albert’s motives for creating such an elaborate fantasy tacked onto the end of the film. It’s a possible explanation, for sure, but to present it as the cause of some kind of vaguely defined mental illness is unethical, and deeply problematic, especially when it barely skirts around the gendered stereotype of “crazy” women. The story of Author is strange enough without having to fully account for its subject’s eccentricities.