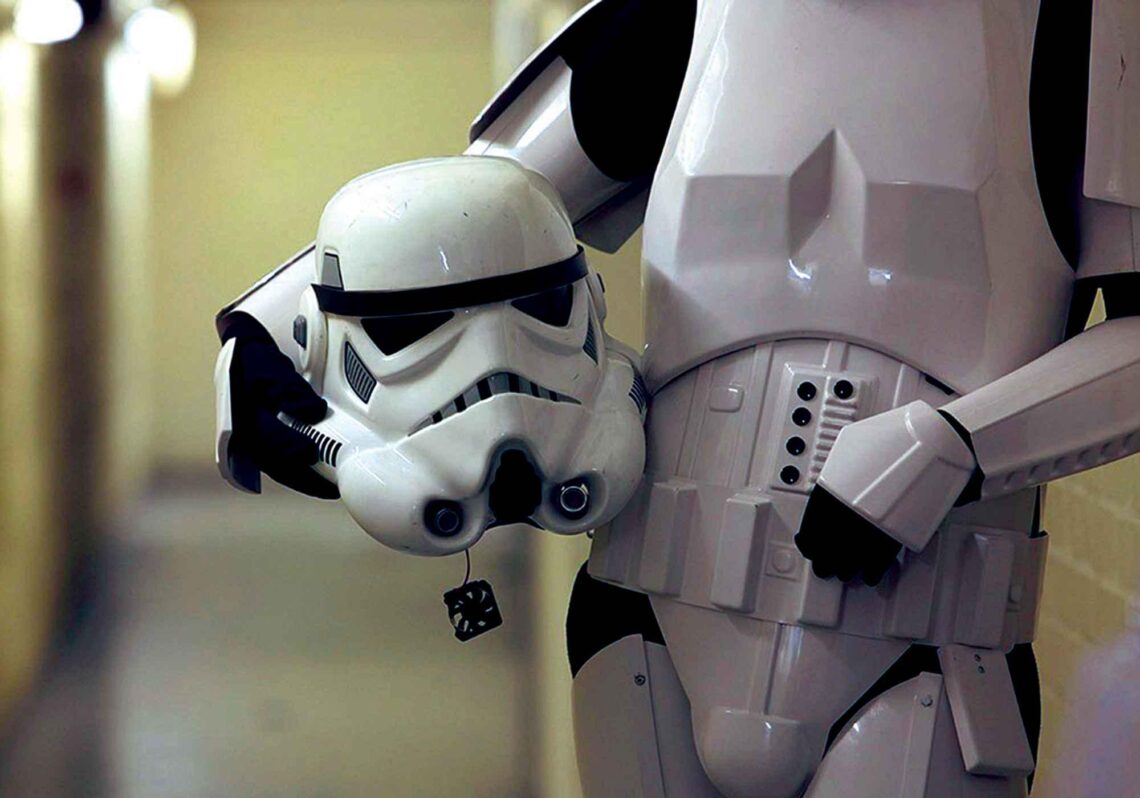 It’s an odd coincidence that, in picking a pair of movies to cover this week, I hit upon two documentaries that are ostensibly flip-sides of the same theme. They’re both stories about larger-than-life public personas that have taken over the ordinary lives of the people inhabiting them—albeit for different reasons.

In Mad Tiger, the charade is quite by design. Directors Jonathan Yi and Michael Haertlein follow the members of the NYC-based Japanese punk band Peelander-Z, a vaguely sci-fi-themed group who perform as color-coded Power Rangers-esque personalities. Their onstage antics include goofy physical stunts and DIY foam animal costumes, including the “Mad Tiger”. The film catches up with the group just as tensions have risen between their leader Yellow (Kengo Hioki) and Red (Kotaro Tsukada) over the latter’s impending departure from the band.

This is a case where something that seems like a fun idea for a documentary subject fails to translate into a film. Little context is given for non-Peelander-Z aficionados, save for a blink-and-you’ll-miss-it montage of the band’s album covers. Instead, we’re dumped into the world of the band over a series of anarchic tour performances, and talking-head interviews with the band (with Yellow taking most of the spotlight). There are flashes of interesting personal and professional conflicts—Yellow’s admission that he created his character as a way to deal with his self-loathing, or Green’s (Akihiko Naruse) intimation that Yellow prefers to be the band’s public mouthpiece—but none are laid out in a narratively satisfying manner. For example, the fact that Yellow and Pink (Yumiko Hioki) are married is mentioned in passing, but little of their particular relationship dynamic is illustrated on-screen.

Mad Tiger is an incomplete character portrait that coasts on the idea that the band’s crazy antics are compelling enough to fill out a feature runtime. There are the bones of a satisfying narrative structure in Red’s decision to leave the band. But the natural climax of this story (in which Yellow, unaccustomed to being ignored by his bandmates former or otherwise, viciously chews out Red for ignoring his phone calls) is plunked in the middle of the film with no real build-up or consequences.

I’d say Mad Tiger is strictly for fans of Peelander-Z, but I’ve lately come to realize what a lazy cliché that is, especially given my reaction to Elstree 1976. Jon Spira’s love letter to the bit players and masked extras of the first Star Wars sounds tailor-made for diehard fans of the original trilogy (i.e., myself). But, like Mad Tiger, Elstree 1976 has story problems.

In this case, the scope of Spira’s film is overstuffed, catching up with 10 former Star Wars actors who portrayed roles that range from obscure (like the silent background characters in the Tatooine cantina scene) to significantly more prominent (as in David Prowse, who was the man under Darth Vader’s mask, providing his physical performance if not his voice). Star Wars is the gimmick but it’s not entirely the focus, as each subject details their disparate upbringings, fortuitous career paths, and post-Star Wars lives as curiosities on the sci-fi convention circuit.

There is an intriguing concept at the core of Elstree 1976. For many of these actors, the Star Wars gig was just another workaday job—put on a funny mask or helmet, maybe say a few lines, and go home. It’s only now that the gravity of having been in one of the most popular movie franchises of all time has set in, and they are able to reflect on the effect such unexpected notoriety has had on their lives.

It’s a charming thought, but it’s the same thought told over and over with each actor’s life story. For a film about a notoriously cinematic blockbuster, Elstree 1976 is visually bland. Talking-head interviews are interspersed with fleeting clips from the original trilogy, which are artificially extended by looping the last few frames of each (so the characters appear to jump back and forth in the frame). It’s clearly a strategy to game the fair-use laws, but each time it occurs is more annoying than the last. Dramatic re-enactment of behind-the-scenes moments offer little story information, and only serve to illustrate the mundanity of the job—a Stormtrooper eating a sandwich between takes is cute, but not particularly gripping or enlightening.

Spira’s take is undeniably affectionate, but offers little insight into the trilogy for Star Wars fans. Yet Elstree 1976 is so inextricably linked to George Lucas’ space opera, it’s difficult to imagine what the appeal could be for audiences unfamiliar with the subject.