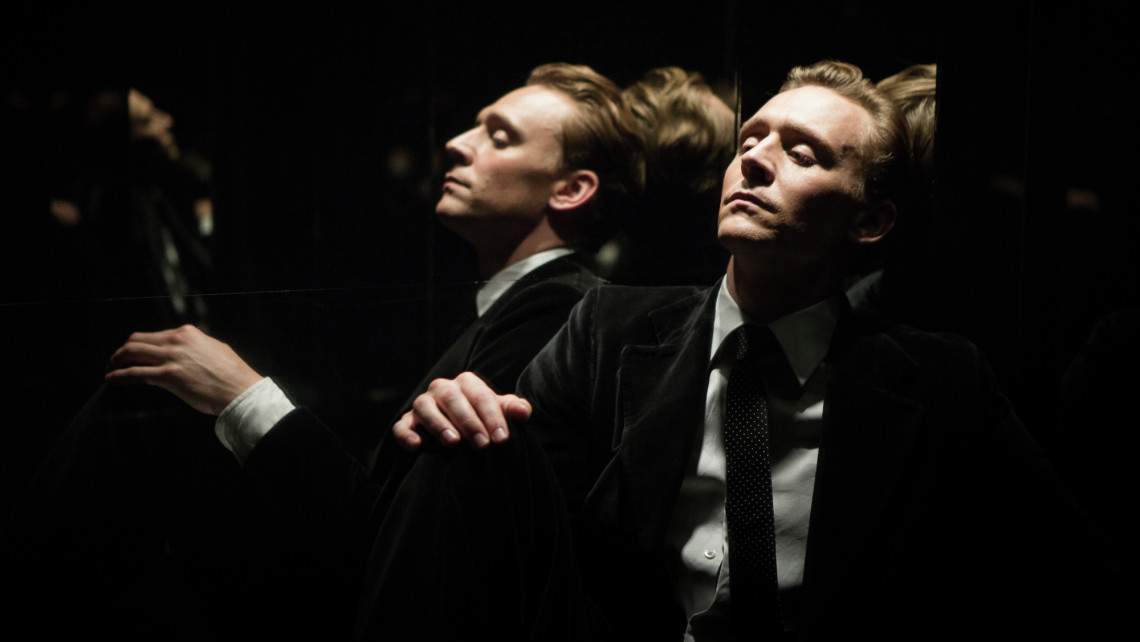 A delirious dive into the violent id of humans pushed to the brink by systemic inequality, Ben Wheatley’s High-Rise overwhelms the senses, throwing the audience headfirst into a meticulously constructed dystopic chaos. It operates on chilled mania, like a drug cocktail that keeps you energetically sedated, immersing you in its world via Mark Tildesley’s exquisite production design and Laurie Rose’s crisp photography; its dense visual schema demands your strict attention. Wheatley maintains a crucial emotional distance between his apocalyptic nightmare and the viewer; he creates a Hell not to be experienced exactly, but to be observed with a precise, borderline-sociological eye. This aesthetic choice has a two-pronged effect: It provides a disturbing, comic edge to the film, necessary for Wheatley’s high-wire tone, that also renders it a hollow shell with a gorgeous exterior. It’s a cold depiction of a horror show without much blood in its veins.

Based on the classic 1975 J.G. Ballard novel, High-Rise opens with Dr. Robert Laing (Tom Hiddleston), living in a dilapidated tower block and feasting on a captured dog. It flashes back to three months prior when Liang first moves into the socially stratified Modernist building that provides its tenants with all the amenities of modern life—a supermarket, an elementary school, a swimming pool, etc. Built by architect Anthony Royal (Jeremy Irons), the building roughly splits into three sections, with poorer occupants living on the lower floors, middle-class professionals in the middle floors, and the upper-class figures in the highest floors. While Liang gets acquainted with many of the tenants—Charlotte Melville (Sienna Miller) and her bright young son Toby (Louis Sac), documentary filmmaker Richard Wilder (Luke Evans) and his pregnant wife Helen (Elizabeth Moss), etc.—the building devolves into chaos as power failures and limited resources create a tense, resentful environment between the higher and lower floors. As the tenants become more isolated from the outside world, the collective sanity of the building slowly erodes as reckless debauchery and depraved violence take the reigns.

High-Rise adopts a frenetic rhythm that begets its unique energy, pitched somewhere between feverish intensity and medicated serenity. Wheatley and co-editor and screenwriter Amy Jump employ elliptical editing not just to quickly convey loads of plot information, but also to stack the imagery like a Jenga game. Wheatley jam-packs the frame with a deep well of material that forces the eye to keep busy, catching a bit of the trees while keeping hold of the forest. Characters symptomatically recur throughout the film—a checkout girl, a put-upon maid, a resident actress, a TV newscaster—without ever making a deep impression, narrative threads weave in and out at will, a coterie of styles take center stage before getting booted off just as quickly. In other words, Wheatley and Jump imbue instability into the formal framework, keeping the viewer one foot off the merry-go-round the entire time while spinning it at breakneck speed. That High-Rise maintains tonal consistency throughout is a remarkable feat.

High-Rise’s visual volatility ultimately allows for some absolutely stunning sequences. Wheatley’s party montages seduce and destroy with their alluring, decadent vibe, and come the closest to taking you by the necktie and dragging you through the screen. Laing’s initial move to the apartment with its quick cuts and precise movements neatly introduces us to the character’s “self-contained” nature. There’s a scene late in the film set to a cover of ABBA’s “S.O.S.” by English group Portishead that will chill spines everywhere. The parts may be greater than the whole, but when the parts are this elegantly composed and visually arresting, it’s hard not to get lost in them and ignore the whole altogether.

Yet despite its ambition and its bursting-at-the-seams method, High-Rise has only one mode and hammers at it with a gradually increasing speed until it just stops. This is by design, of course, as Wheatley and Jump illustrate the predictability of this particular social experiment: When people reside in a self-governing institution that forces them to confront the inherent inequity of their social system, there will inevitably be revolts and riots from both the lower and upper classes. While this is a justifiable dramatic choice, the repetition of watching the slow devolution of human behavior ultimately induces exhaustion. Wheatley’s interests lie purely in “authentic” depiction, capturing the lay of Ballard’s devastation at it would actually look, but coupled with the material’s cold distance, High-Rise feels antiseptic, adopting the plastic sheen of Royal’s building. Even when High-Rise sports some great deadpan comedy (one posh character’s casually outraged delivery of, “He’s raping people he’s not supposed to!” may be in the running for funniest lines of the year), it often registers as arch cleverness, one of many showy techniques that do little but call attention to themselves. It’s not exactly self-indulgent, just excessive. When the same thing is communicated with the same delivery over and over, most of it starts to blur together.

The narrative and the characters eventually muddle together in unproductive ways as well. Some of this has to do with the editing style, which compresses key information to the absolute bare bones, rendering some moves almost incomprehensible, mostly because Wheatley’s priorities lie almost entirely in form. Though it’s why High-Rise is so ecstatically ambitious, it’s also why the film feels so empty by the end. Jump’s screenplay takes the time to introduce the characters as people, and though they speak in blunt foreshadowing, they exist on their own; by the end, they have been broadened and flattened into caricatures of their original selves, illustrating that they’ve been built entirely out of desire and belief rather than nuanced human characteristics. This may be Wheatley’s intention—illustrating how unequal social environments negate all complexities of the human psyche—but it doesn’t make it any less tireless and frustrating to watch. Even Laing, who starts out a compelling sociopathic middle-class figure eventually becomes little more than an island unto itself, a bland representation of the indifferent citizen who doesn’t fully succumb to the psychological pressures of the high-rise. In fact, everything that starts out gleefully depraved, like the debaucherous parties or the violent riots, eventually take on a numbing quality. Again, this may be purposeful, and still it becomes a bore, especially when you’re staring the conclusion in the face. High-Rise ends with a cheeky nihilistic coda that feels like whimper when it should be a funny, unsettling howl. It’s because all we’re left with is beautiful surfaces that hold a great wealth of imagination just out of our grasp.