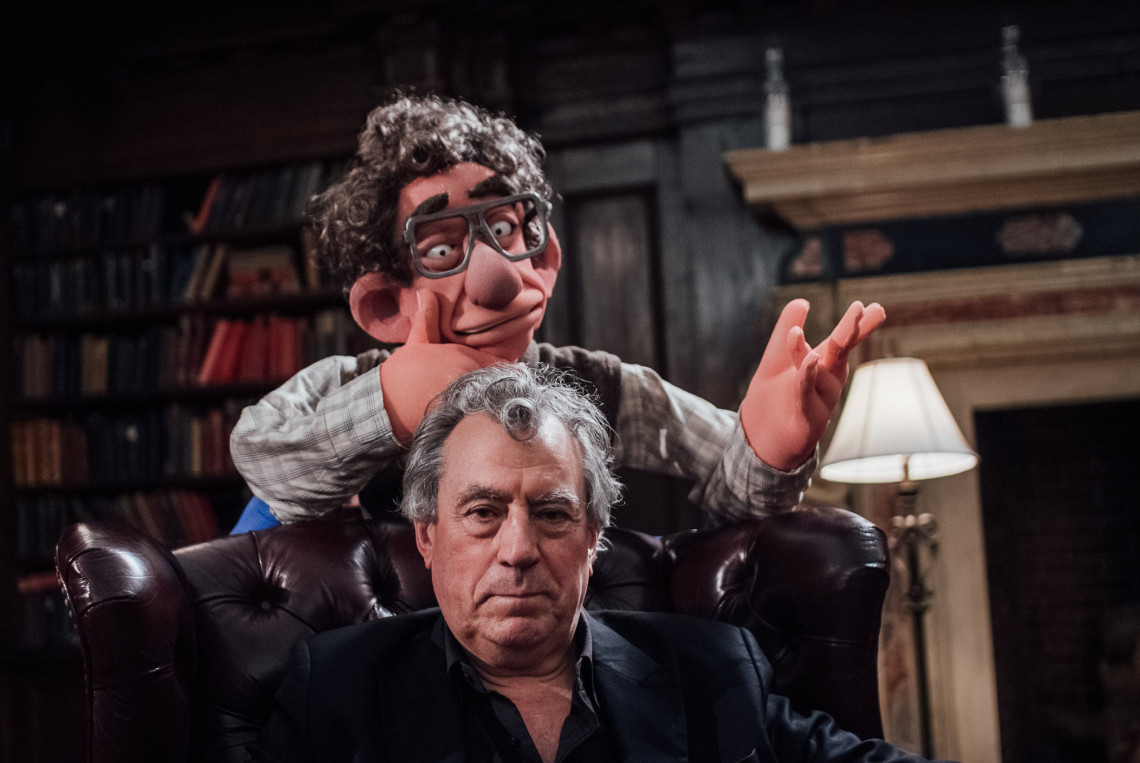 Mallory Andrews on two of this week's documentary releases.

Documentary films all too often get a pass if the subject matter is of social or political significance, or if it fits into one of the following crowd-pleasing categories: rockumentaries, environmental docs, food films, and movies about art and artists. Little attention is paid to the cinematography, narrative structure, or character development—concerns that are more heavily scrutinized in fictional film, but should be every bit as important to non-fiction features. The success or failure of a documentary (for both popular audiences and many critics) is the educational factor. The smug satisfaction of leaving a documentary with the lingering impression that you’ve learned something “important” about the world. If a documentary veers too far into the experimental or formally innovative, no matter how thematically relevant to the subject, it can often alienate viewers who only view non-fiction as method of acquiring knowledge. The loss of Joshua Oppenheimer’s The Act of Killing to the middle-of-the-road feel-good music doc 20 Feet from Stardom at the 2014 Academy Awards, or this year’s loss of The Look of Silence to Amy aregood illustrations of this phenomenon.

This lengthy preamble is all to say that this week’s slate of documentary releases are more focused on teaching audiences about their respective subjects, without any concern for creating a uniquely cinematic experience. Boom Bust Boom finds Terry Jones (Monty Python’s Flying Circus) teaming up with his son Bill Jones and director Ben Timlett to illuminate the financial crisis of 2008, and charting economic busts that have occurred with startling predictability throughout the centuries. The quirky twist is that any dramatic recreations are acted out by Muppet-style puppets, though slightly more human-like in appearance than their fuzzy multicolored forbearers. And of course, this being a film about the financial crisis means we’re treated to an endless parade of fleshy, milky white, wrinkled puppet skin.

It’s a terrible conceit with terrible execution, perhaps unfairly marred by the fact that Adam McKay’s The Big Short illustrated many of the same talking points in much more entertaining fashion only months prior. Boom Bust Boom even uses almost the exact same gambling analogy as McKay’s film (though this time accompanied by a flesh puppet instead of Selena Gomez). Terry Jones narrates, and often appears onscreen to guide the film through its infographics and puppet interludes, with all the visual panache of a TV news segment.

Boom Bust Boom never reaches beyond merely illustrating the facts and figures that led to the 2008 crisis. It’s a textbook read out loud, without much of the human element that made The Big Short, for all its rough, chaotic edges, so intriguing. Humanity is an afterthought in sequences like a particularly painful moment where a puppet version of economist Hyman Minsky interacts with his human son Alan (appearing as himself). It’s a vaguely disturbing Bizarro Sesame Street, as the younger Minsky trades awkward dialogue with his ersatz father, ending with both staring blankly into the camera; they are empty gazes that stare into an abyss that stares back at you. 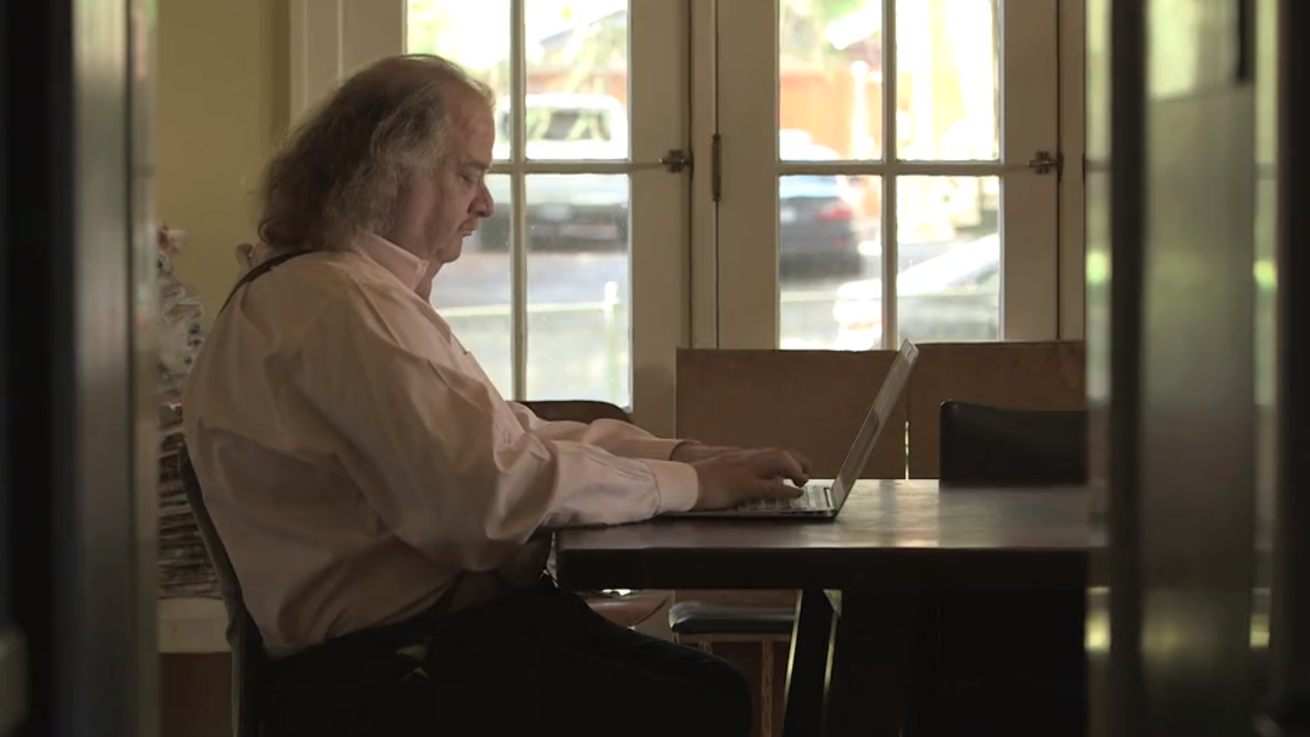 Far more human is Laura Gabbert’s City of Gold, a profile of esteemed Los Angeles Times food critic Jonathan Gold. Filmed over a period of five years, the documentary features Gold as a sort of food-culture tour guide of LA’s urban sprawl, singling out the best restaurants in the city’s ethnically diverse neighbourhoods.

As a subject, Gold is fine, and speaks (and writes, as we often hear him read excerpts of his own reviews out loud) eloquently and unpretentiously about the pleasures of eating and the delight of finding hidden gems in even the most unlikely places (suburban strip malls seem to be his favored stomping ground for discovery). As a film, City of Gold is unfocused and lacks cohesive structure. With five years’ worth of material, there’s a palpable sense of being overwhelmed by content, and the documentary veers between Gold’s career and musings on criticism, and the restaurateurs of the Mexican, Korean, Thai, and Ethiopian joints he has championed over the years, who lovingly fawn over the foodie emeritus who has so bolstered their livelihood.

As it skims through each restaurant in succession, City of Gold only briefly touches upon its most interesting question: what is the purpose of the professional critic in the age of Yelp and amateur food blogs? The film brushes aside these concerns, proclaiming that Gold’s superiority comes with his knowledge and years of experience. While certainly true, it’s not an entirely satisfying answer. Food criticism (or movie criticism, for that matter) has been co-opted by consumer advocacy reports rather than critical thought or interrogation. This is unfortunate, but it’s worth taking a closer look as to why that might be—who is Gold writing for, and what makes them come back for seconds? Why have consumers turned to Yelp rather than Gold’s LA Times column?

And what of Gold’s negative influence, or the ability to destroy a restaurant’s reputation with a single pithy pan? The kerfuffle around Pete Wells’ brutal take-down of Per Se in the New York Times speaks to something of the still-potent nature of professional food criticism. But City of Gold is content to accentuate the positive. That’s fine for the Food Network, but not particularly interesting as a cinematic experience.