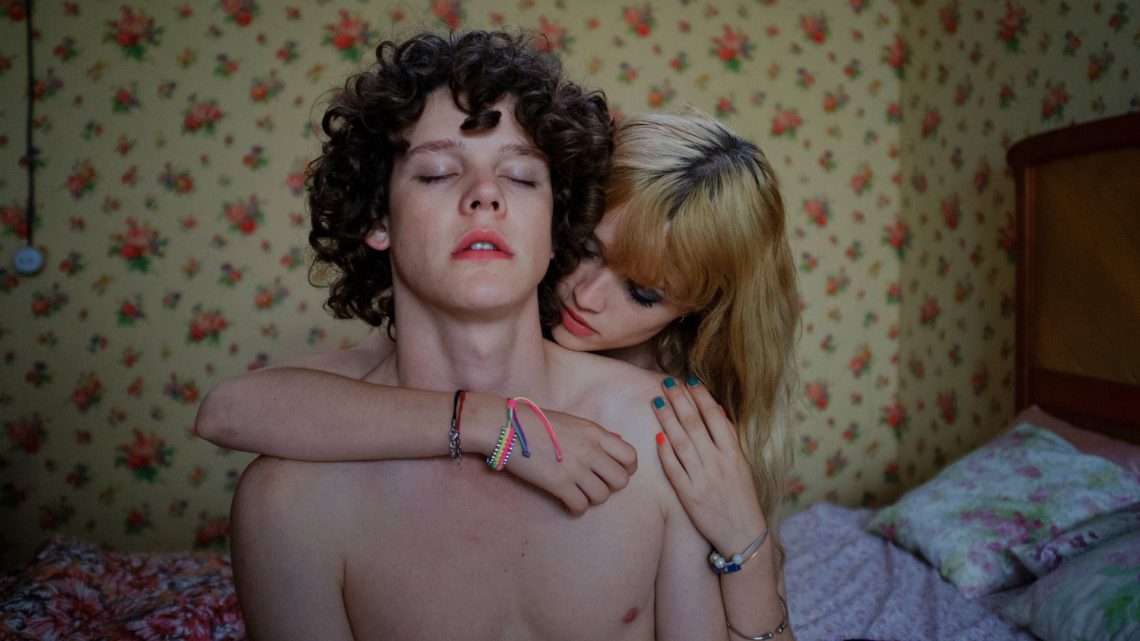 One is a steamy French drama about teenage fuckfests. The other’s a documentary about competitive tickling. Only one manages to be a shocking, transgressive, and illuminating examination on the manifestations of fetish and desire. Just not the one you may think.

Even with a salacious conceit at the heart of Eva Husson’s directorial debut, Bang Gang (A Modern Love Story) still somehow manages to be a conservative fantasy. 16-year-old George (Marilyn Lima) falls hard for schoolmate Alex (Finnegan Oldfield) after they have sex for the first time. When Alex spurns her attempts to get closer, she desperately tries to reignite his interest by creating the “Bang Gang,” a game of increasingly sexually explicit dares that devolves into a series of orgies with her high school chums, including her best friend Laetitia (Daisy Broom), and a shy but troubled neighbor, Gabriel (Lorenzo Lefèbvre).

Bang Gang is yet another example of a shallow European art film masquerading as something weightier than it actually is. Yes, the visuals are dreamy, with all the sun-kissed bodies, lens flares, pensive facial expressions in close-up, and still shots of trees and other signifiers of nature in repose. But this patina of profundity can’t quite hide this moralizing story of teens gone wild.

Speaking of nubile bodies, George and her friends are all conventionally beautiful—even the supposedly gawky Nikita (Fred Hotier) somewhat resembles actor (and former male model) Eddie Redmayne. It’s the movie-land fallacy that only hot young things would be inclined to explore their sexuality. Heterosexuality, at least. Queerness is never floated as a possibility, save for a few fleeting shots of aesthetically pleasing lesbian smooching happening on the periphery of the main action. This is a sick fantasy world in which the consequences are meted out based on the character’s moral superiority. “Bad” sex (like Laetitia betraying George by sleeping with Alex) is punished (with syphilis), while “good” sex (anything the pure-at-heart George attempts) is rewarded (true love with Gabriel, and the mildest of STIs). It’s a silly pipe dream in which a leaked online video clip of the Bang Gang’s antics are an aberration and not the norm. Husson flails towards a message about slut-shaming in a film that subtly slut-shames. It’s not a good look.

Another egregious thread pops up in Gabriel’s back story. His teenage angst turns out to be due to his father having recently been in an accident that left him permanently wheelchair-bound. It’s exhausting to sit through yet another film that uses a disabled body as a means of furthering an able-bodied character’s arc. Gabriel’s sullen looks at the new household accessories meant to assist his father is the sort of casual ableism that should have long since passed its sell-by date in contemporary media. 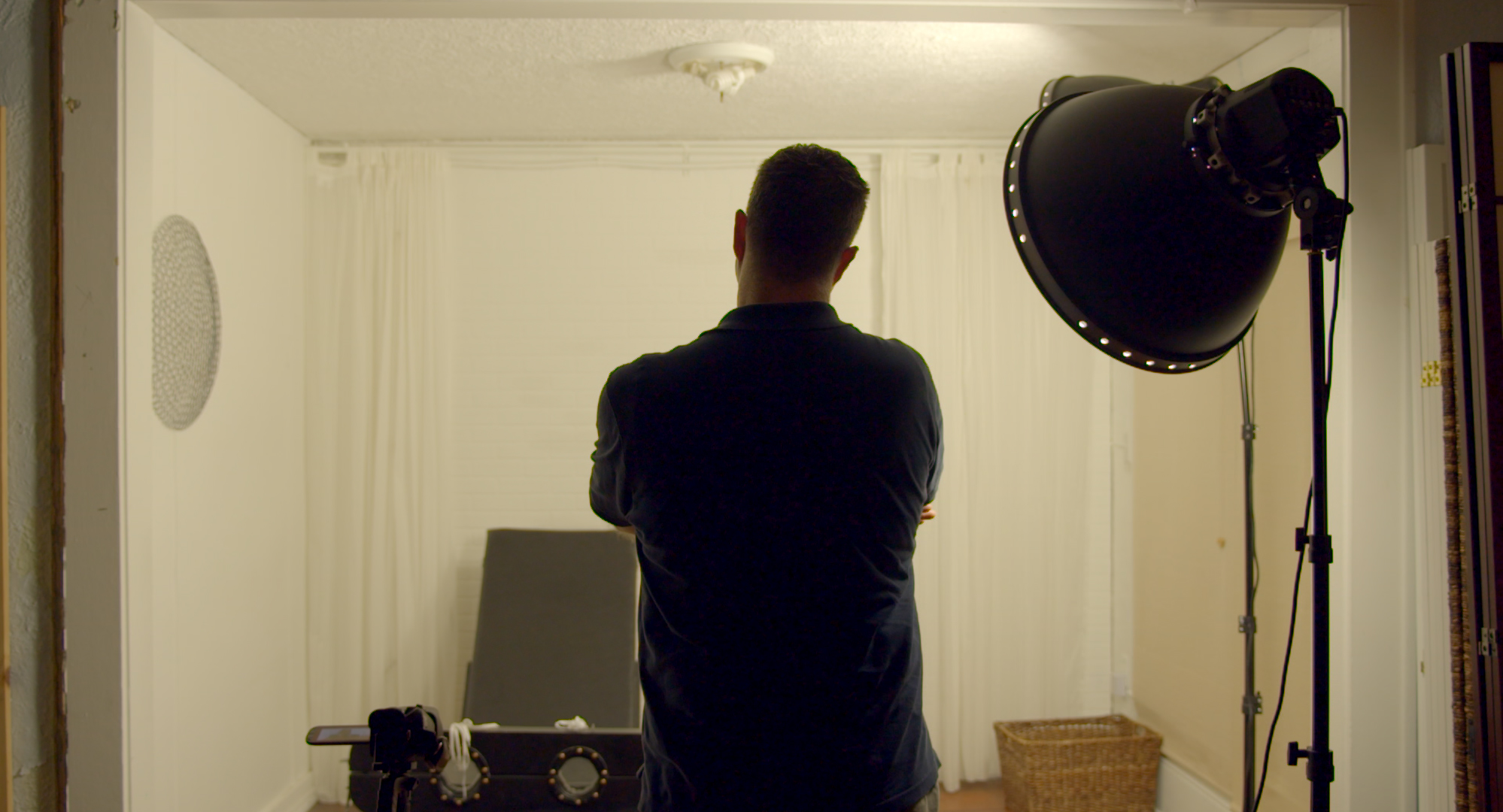 Some write-ups of Tickled have stressed the importance of going into it as uninformed as possible—as though the pleasure of discovery is its stand-out virtue. I understand this approach, but fully intend to delve into the plot details, nominally because the documentary’s shocking reveals aren’t necessarily the most interesting aspects of the film. But, fair warning: spoilers ahead.

New Zealand journalist David Farrier has made a career out of following oddball stories and experiences. While scouring the internet for a new lead, he stumbled upon a strange sport called “Competitive Endurance Tickling.” Thinking he’d found the perfect light-hearted topic for his next article, Farrier requested an interview with the mysterious corporation that organized tickling events and recruitment efforts. He was shocked by their aggressive and verbally abusive dismissal. Co-directing with Dylan Reeve, Farrier’s Tickled is a chronicle of an increasingly twisted investigation into the salacious world of competitive tickling. What Farrier and Reeve discover goes beyond a strange sporting event. The web of underground tickling fetishists spirals out into corporate intrigue, blackmail, identity fraud, and shockingly virulent campaigns of cyber-bullying.

A fascinating thematic thread bubbles just underneath the bizarre investigation. Farrier’s queerness is the motivating factor in both the homophobic attacks lobbed at him by the corporate tickling empire, and the journalist’s own resolve to see the investigation through to its conclusion. Tickled teases at the violent nature of a pitiful figure’s fragile masculinity, revealed to be at the center of the tickling racket.

Tickled thrums with the energy of All the President’s Men, and is as much as conspiracy thriller as its fictional forbears. It’s old media versus new, as Farrier and Reeve take on a cyber-threat with on-the-ground investigation tactics. As a piece of craft, Tickled is a compelling journalism procedural. As the plot twists temper on repeat viewing, its paean to good old-fashioned reportage will endure.