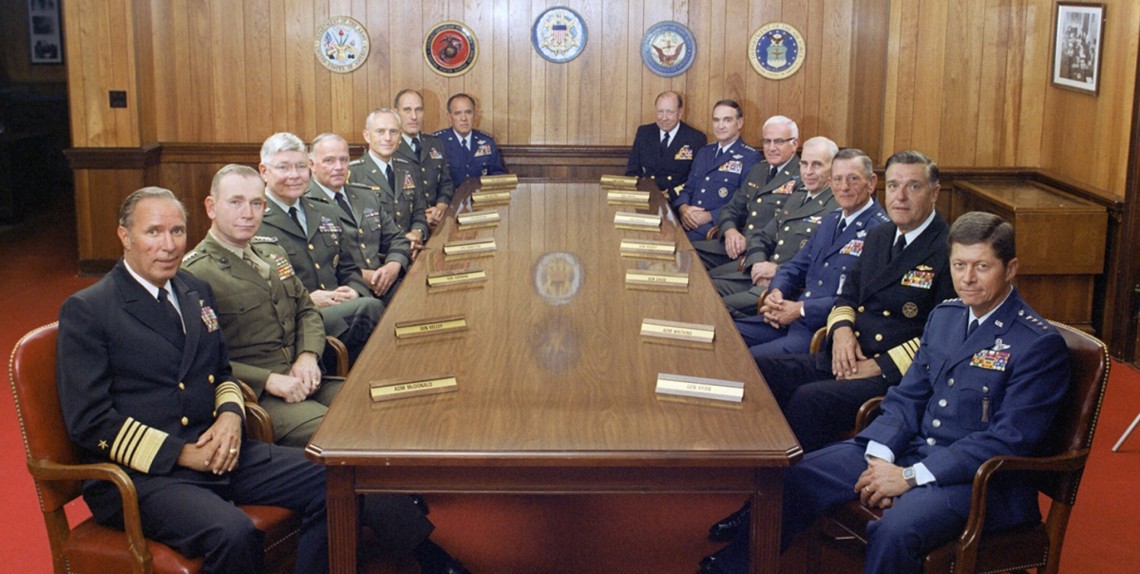 Now Playing: “Nina Forever”, “Where to Invade Next”, and “Standoff”

Mallory Andrews reviews a trio of this week's new films. 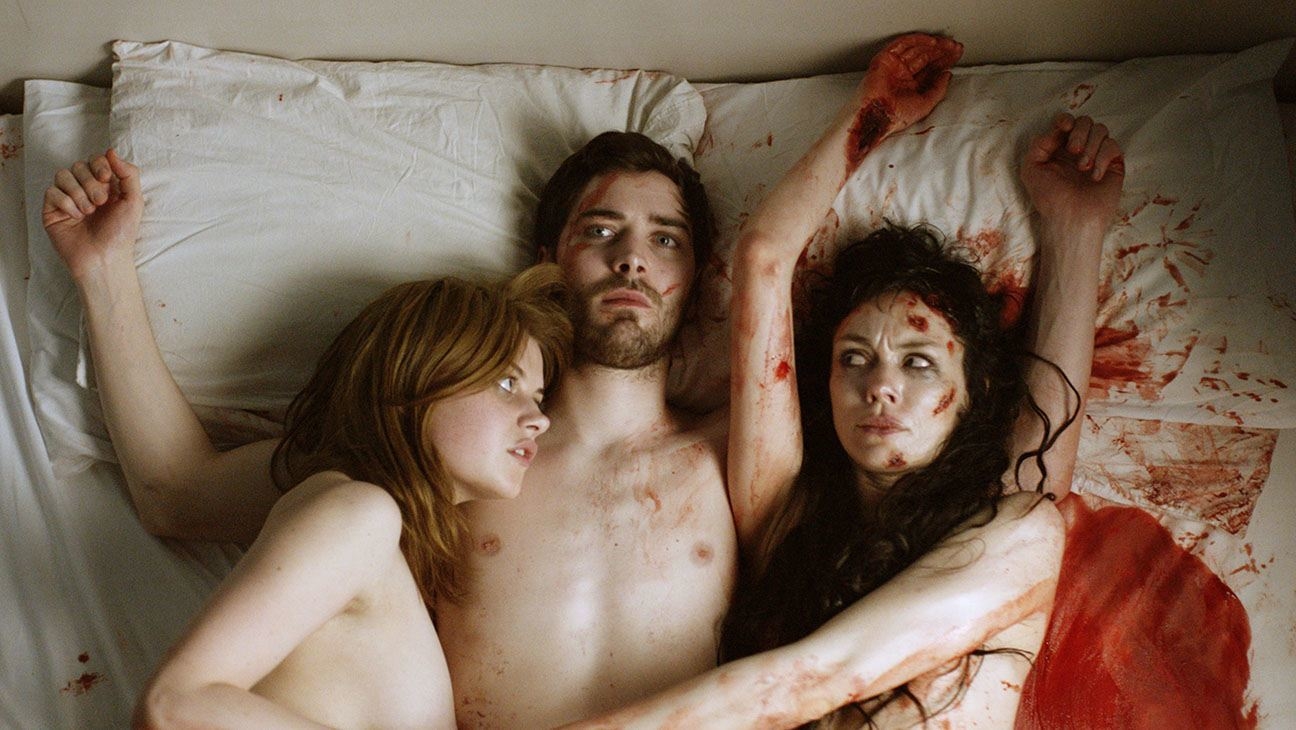 Nina Forever, the first feature by writer/director brother team Ben and Chris Blaine, presents something more dramatic than a simple break-up. Tragically losing his girlfriend Nina to a car accident, Rob (Cian Barry) spirals into a deep depression. Rob’s brooding darkness attracts the attention of Holly (Abigail Hardingham), his co-worker and a paramedic-in-training. As Rob begins to recover from his grief to start a relationship with Holly, the two make a startling discovery. Every time they have sex, the reanimated corpse of Nina (Fiona O’Shaughnessy) appears to them: battered, bloody, and sarcastic.

A self-proclaimed “fucked-up fairy tale” the fucked-up allegory at the undead heart of Nina Forever is, perhaps obviously, the lingering emotional baggage of past relationships. Carrie Bradshaw once mused to her girl gang on Sex and the City: “If you love someone and you break up, where does the love go?” In Nina Forever, the love is the blood and viscera. Though Nina disappears after each act of intercourse, scores of red remain behind, seeping into the sheets and floorboards, staining walls and lovers’ skin. It’s a sickening premise to consider, but the Blaines lean more macabre than straight-up gory, delivering on the promise of a Tim Burton who instead of mounting big-budget goth nostalgia had matured into a filmmaker using his ghoulish visions to explore dark emotional wounds. It’s both disturbing and disturbingly sexy, a testament to the chemistry between the three leads. Barry and Hardingham are blisteringly hot together, and the lingering presence of O’Shaughnessy’s beautiful bleeding body and running commentary on the new lovers only heightens the strange sexual tension.

Beyond these aesthetic pleasures, Nina Forever sticks the landing in its surprisingly emotional center. Nina’s lingering spectre is not just a symptom of Rob’s grief, but Holly’s insecurity. Obsessed, she scrubs the physical reminders of Nina’s presence from their lives—not just the fresh blood and guts, but old photos, possessions, anything that might recall the life Rob once had with Nina. Trauma is a far-reaching with unpredictable symptoms, and the Blaines have created a lovely and grisly fantasy that explores every nuanced angle. 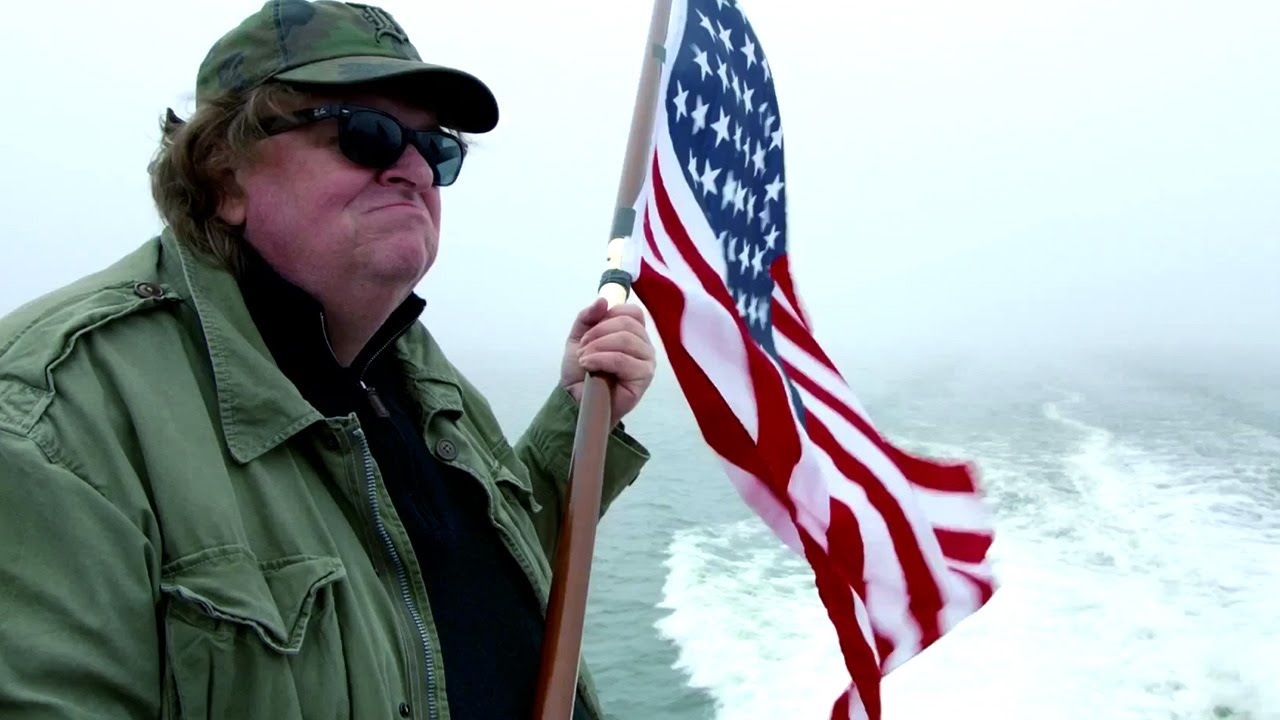 When Michael Moore’s newest documentary was first announced, all we had was its cryptic title. Where to Invade Next is a fitting designation for a filmmaker who has made a career out of dealing in dramatic flair, suggesting something along the lines of a scathing take down of the military-industrial complex or an indictment of US warmongering politics.

What we end up with is lesser Moore, sucked dry of the verve that made Roger and Me and Bowling for Columbine vital pieces of American filmmaking. Here, Moore and his crew travel to a selection of European countries to mine them for socially progressive ideas. The “invasion” is a gimmick, as Moore literally plants an American flag when he discovers a government policy or law that strikes his fancy. These sequences are as painfully awkward as they sound, as his foreign hosts run through a litany of confused expressions whenever Moore brandishes the stars and stripes. It’s an idea that may have sounded clever in the planning stages, but should have been abandoned long before production ended. As time has passed and Moore’s fame has grown, the effectiveness of his “bumbling idiot” onscreen persona has deteriorated significantly. Where to Invade Next may have germinated out of necessity, with Europe as one of the last frontiers to play dumb in front of unsuspecting participants who don’t quite know what to make of the idiot American abroad.

The title is also a bit of subterfuge on Moore’s part, as it may well have been called Socialism: A Love Story. This is not meant as a slight against the ideas at the film’s core, far from it. Mandatory paid maternity leave and paid eight weeks’ vacation, state-funded programs like high-standard public schools and prison systems that committed to rehabilitation rather than brutal incarceration, and social ideals like female-fronted companies are all excellent ideas, worthy of implementation. But despite the good ideas Moore “discovers,” Where to Invade Next ends up feeling slight. His trying-too-hard-to-be-clever conceit, invasion as a social liberal think tank, will only play well to the already converted. Those who actually need convincing will probably find Moore’s persona smug and preachy. Those who don’t need convincing may find that as well.

The Moore-as-participant mode has always been interesting, not always concerned with ethics or objectivity—two stalwart principles that are often unfairly thrust upon documentaries of all stripes—than exploring a particular point of view in as entertaining a fashion as possible. There’s nothing inherently wrong with that, though many will take Moore to task for painting a too-rosy picture of European politics (Italy’s notorious corruption is glossed over completely, for example). But even Moore seems tired with his modus operandi, as the film plods through segments in each country with dull military precision. If anyone needs to implement some new ideas, it’s Michael Moore himself. 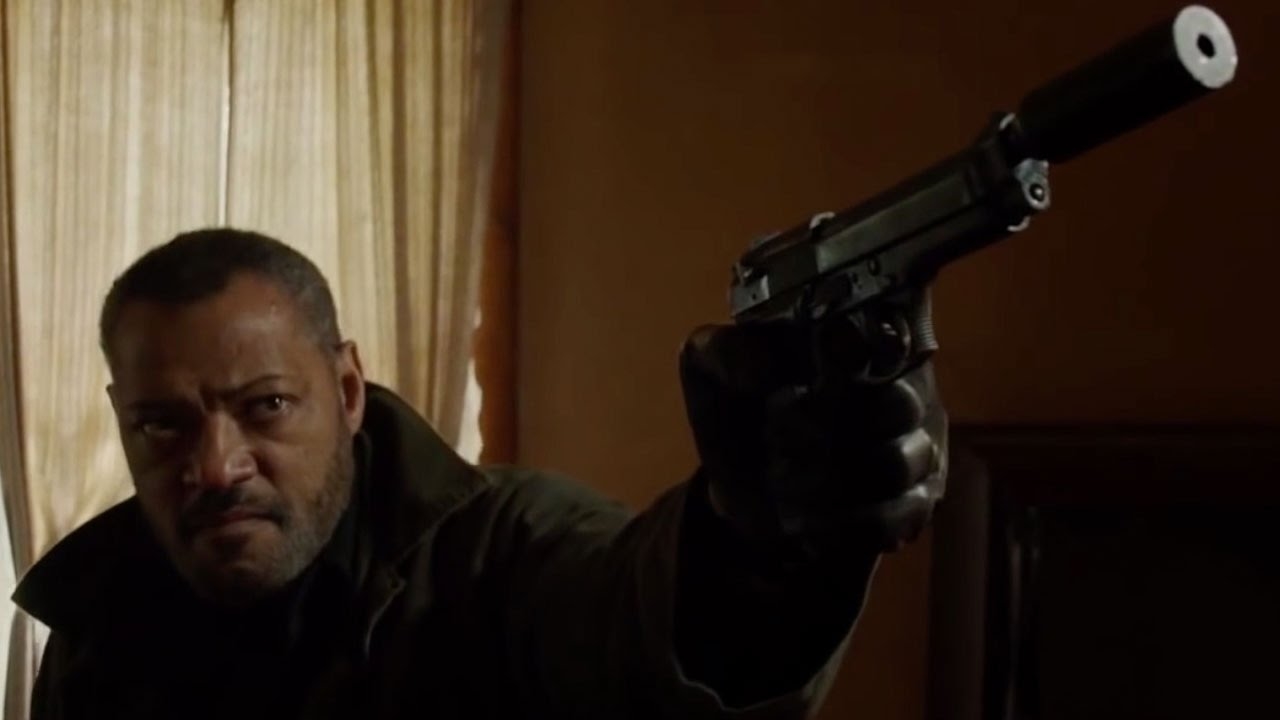 There’s something irresistibly straightforward about the premise of Adam Alleca’s Standoff. When a little girl (Ella Ballentine) accidentally witnesses a murder at the hands of a hired contract killer (Laurence Fishburne), she flees to the only inhabited building for miles: the house of a grizzled Army veteran (Thomas Jane), who must defend his house and the girl against an unstoppable killing machine with only a shotgun and a single remaining bullet.

It’s the stuff of ‘90s B-movie thrillers, a single-location siege film with easy-to-understand stakes starring two of the go-to tough guys of the genre. But what should be a refreshing throwback is thwarted by the Alleca-penned script. Rather than let Jane and Fishburne’s meaty onscreen personas speak in actions, Alleca packs the film with unnecessary exposition and terrible dialogue (“This is psychological warfare!” one character bellows at the other, as though the audience can’t be trusted to figure that one out for themselves.) While little clunkiness is expected when B-movie heroes and villains trade barbs, Standoff has its characters shouting repetitive litanies of “fuck,” “motherfucker,” “shit,” and “asshole”, suggesting that Alleca is a tone-deaf Tarantino with no ear for rhyme or rhythm.

Tone-deafness is a running thread throughout. When Standoff lingers on horrific violence it ping-pongs between deadly serious and aesthetically pleasing. What should be a simple genre piece is overly complicated by the unfocused ambitions of its director. It’s a huge problem when the characters in the film end up being cleverer than their maker.