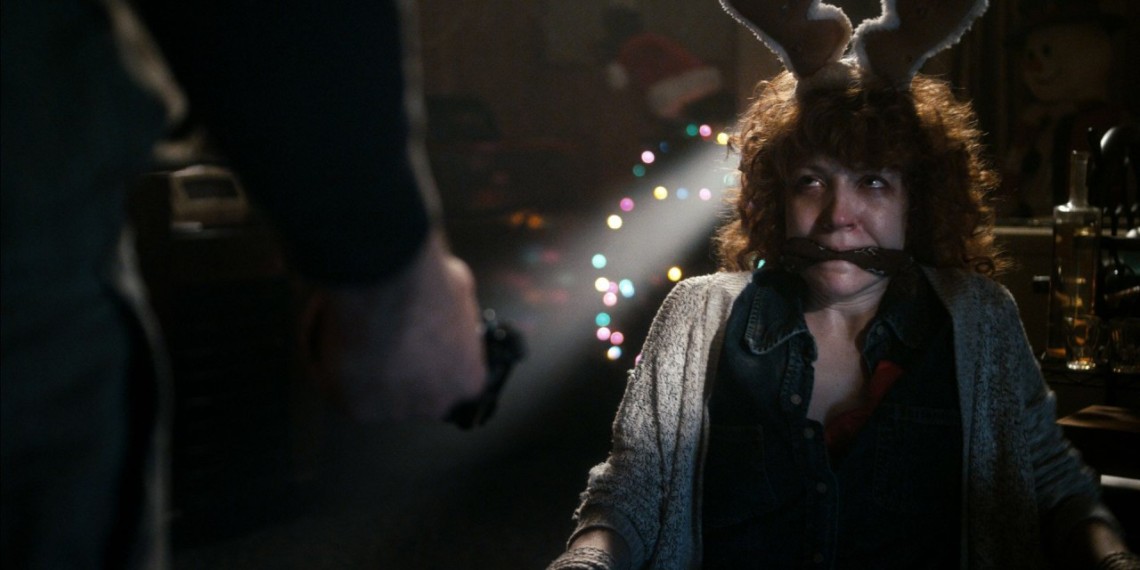 Anthologies are tricky. By their very nature, they are replete with problems to overcome. Mashing a series of short films up into a single entity is difficult to wrangle into a unified whole, unless a single director helms every segment (as in the case of George A. Romero’s 1982 flick Creepshow or Freddie Francis’ Tales from the Crypt from 1972).

Many are based around unifying themes or gimmicks that function more effectively as amusing thought experiments than satisfying final products. For example, The ABCs of Death’s (2012) alphabetical stories of gruesome demises, or Four Rooms’ (1995) series of hotel-based stories united by Tim Roth’s bellhop character (and of the four, only Quentin Tarantino’s segment is any good). That the hit-to-miss ratio of anthologies tend to be so heavily weighted by the misses, it’s any wonder they continue to be greenlit.

Case in point: Holidays is a horror anthology themed around the various special occasions that pop up every calendar year, starting with Valentine’s Day and ending on New Year’s Eve. Adding to the conceit, each 15- to 20-minute segment is helmed by a different director of varying renown (Kevin Smith being the most familiar name on the marquee).

Simply put, Holidays is terrible. The challenge of a narrative short film requires a relatively quick set-up of the stakes for any payoff to feel satisfying or earned. Truly great shorts should be deft pieces of filmmaking, using the most of their time and images to capture a cinematic experience in microcosm. A handful of the Holidays are too ambitious for the short run time, as in “Valentine’s Day” (packing in too much story information) or Smith’s “Halloween” (the worst of the bunch, packing in too many “fucking” words between acts of torture-porn juvenilia). Other times, they lean too heavily on a spooky yet predictable punchline (a demon Easter bunny or the murderous avarice of “Christmas”).

The best strategy can be to forego a stringent narrative and instead focus on creating an effectively creepy atmosphere. This is what bolsters the film’s only worthwhile segments, the one-two punch of “Mother’s Day” and Anthony Scott Burns’ “Father’s Day.” In the former, director Sarah Adina Smith captures the ingrained body horror of an unwanted pregnancy, in which her main character is held captive by an all-female baby-crazy New Age cult. And in the latter, Burns taps into the tradition of oral scary storytelling to craft a father/daughter scavenger hunt of sorts, set to eerie analogue audio tape-hiss. Still, batting two for eight is not a sustainable average, and Holidays is not worth celebrating.

(Something worth noting: an unexpected throughline between each segment, save for the theme, is a focus on women in roles more diverse than simply a series of “final girls.” Whether this is by design or an unusual coincidence, here’s hoping it speaks of a future in genre film where women can be front and center. That Holidays’ production company XYZ Films has just announced a female-fronted horror anthology XX featuring collaborations with Karyn Kusama, Mary Harron, and St. Vincent is promising in that regard.) 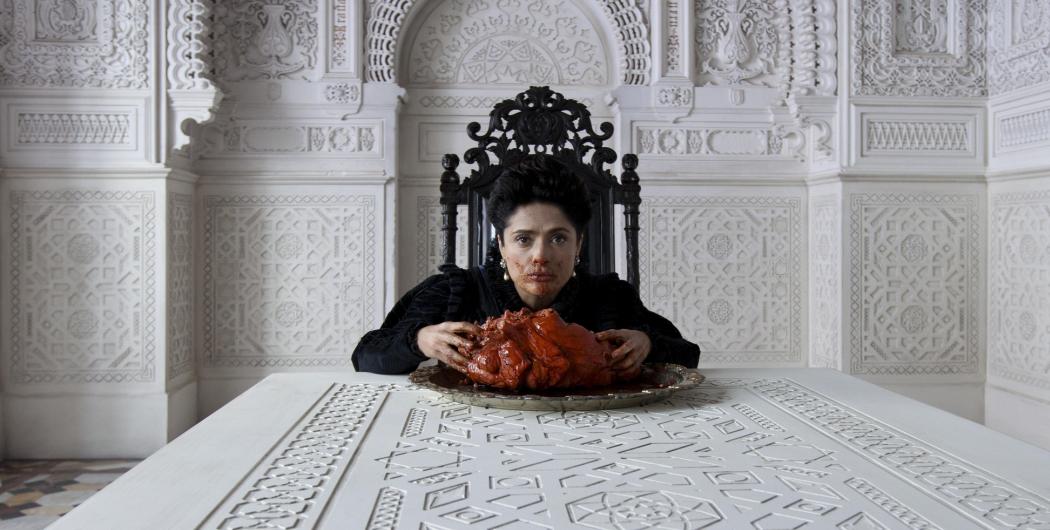 Tale of Tales is anthological in concept, if not entirely in form. Director Matteo Garrone (Gommorah) adapted three stories from Pentamerone, a collection of fairy tales by Neapolitan poet Giambattista Basile. Like the graphic violence of the original version of Grimm’s fairy tales, Tale of Tales is an opulent bloodbath, in which the follies of three kingdoms are punished in stylistically grisly fashion.

Though following three separate stories, Garrone interweaves each tale as one larger whole taking place within the same fantasy world. First is “The Queen,” in which Salma Hayek’s royal matriarch is so consumed with the desire to become a mother, she takes the advice of a sinister magical stranger, and in the process sacrifices her husband (John C. Reilly) to bear a son. Next is “The Flea,” about a king’s (Toby Jones) childish fixation on a new pet (the Kafka-esque creature of the segment’s title), leading him to betray his beloved daughter (Bebe Cave). And finally, “The Two Old Women” in which a pair of elderly sisters (played by Shirley Henderson and Hayley Carmichael under layers of elaborate old-age make-up) have to maintain an elaborate ruse when they inadvertently trick an ardent King (Vincent Cassel) into believing one of them is a young maiden.

Like Holidays, Tale of Tales suffers from inconsistent quality between each story. “The Queen” and “The Two Old Women” are the strongest of the three, both parables of royal entitlement and blind obsession that destroy lives in poetically caustic fashion. “The Flea” does not possess this thematic focus, uncomfortably shifting the object of its ironic punishment from Jones’ King to Cave’s princess, whose brutal suffering seems to have no moral objective, other than being yet another case of a woman’s story being in service of a male character’s emotional arc.

Taken as a whole, it’s difficult to pin down exactly what Tale of Tales is trying to accomplish, other than presenting a handsomely mounted fairy tale. And even that is a stretch at times. The elaborate costumes and makeup design look impressive, but the production values (especially anything involving CGI composite shots) appear cheap and televisual. Not quite horror, not quite fantasy; not at all for children, yet too simplistic to compel more mature audiences. For all its bloody and beautiful images (Hayek sitting a banquet table chomping into a red fleshy heart, for example), its lack of real substance makes this collection of fables completely forgettable.