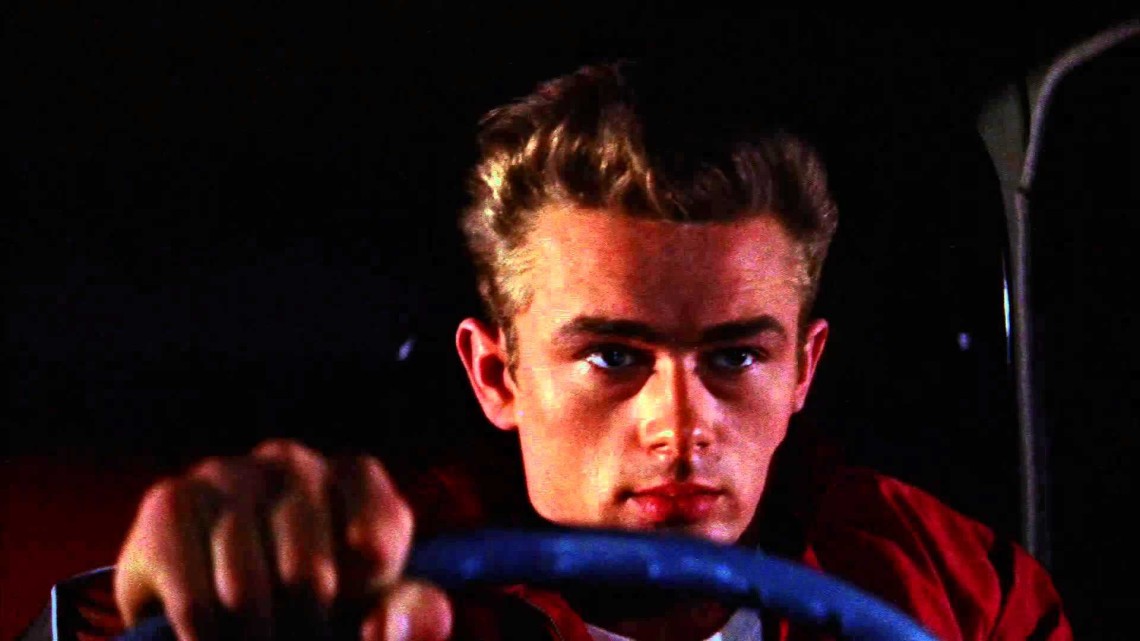 On The Bold Melodramas of Nicholas Ray

Nicholas Ray has been called many things in his ongoing lionization—“a poet of nightfall,” “a glorious failure,” and even “cinema itself.” His visual landscape was often one of brash Technicolor and densely layered Cinemascope, and he possessed a fascination with the most alienated figures of post-WWII society—whether they were juvenile delinquents, rodeo people, or social misfits. The heightened artificiality of his studio look in the 50s was supported by a daring use of primary color and a personal background in architecture. Ray’s brief apprenticeship with Frank Lloyd Wright inevitably honed an interest in the delineation of interior space onscreen.

But it must be said—in a route hardly unique to me alone—I was first led to the work of Nicholas Ray by a juvenile infatuation with James Dean. The moody fledgling star turns in a jerky, mannered performance in Ray’s Rebel Without a Cause. The film follows a curiously nervous rhythm, stuttering along with boldly hued intensity. The film turns 60 today, and revisiting it now is both to be newly aware of its histrionics and nonetheless startled by its strange, cosmic sensitivity.

Newcomers to the film expecting a timeless portrayal of modern cool might be taken back by Rebel’s stagey extravagance. A castrating mother, emasculated father, and disturbed pal who shoots puppies all offer up a rather literal melodramatic dimension with heavy Freudian intent. Yet Rebel is capable of rising above its own weaknesses. Ray’s visual patterns and stylized, near-poetic dialogue all lend a peculiar resonance to the film.

Rebel is full of youthful, defiant proclamations. In the two leads’ first real exchange, Natalie Wood’s Judy sighs theatrically, “Life is crashing in on me!” Dean’s Jim responds in a sing-song tone: “Life can be beautiful.” It’s a half-serious platitude, just short of sarcasm, but Dean understands the puffed-up callowness of youth, and exhales the line perfectly. There’s just enough sincerity there to carry it off. A string of quasi-philosophical remarks like these punctuate the film, underlining the self-seriousness of teenage rebellion. So too is the film punctuated by a garish overabundance of the color red. It’s used as blatant psychological symbolism, signifying both danger and passion. Scarlet and vermilion shades appear everywhere, from the opening title credits to the contentious lipstick Judy wears.

On the subject, Ray remarked, “the use of primary color in a film is as significant as the use of a close-up.” His thoughtful approach to the application of color is evident throughout his oeuvre, particularly in his gender-bending Western Johnny Guitar. Varying shades of green, orange, and red battle for symbolic dominance. Joan Crawford is decked out in radioactively bright shades, standing in peacock-like opposition to the monochrome conformity of the lawmen she evades.

Francois Truffaut, discussing his beloved Johnny Guitar, called it a “phony Western,” and the observation holds true. By no standards is it typical, predictable genre fare. Ray made a handful of forays into the genre and each one is a dazzling outlier, whether it’s his elegiac story of rodeo riders in The Lusty Men or the psychological terrain of the Civil War’s fall-out in The True Story of Jesse James. 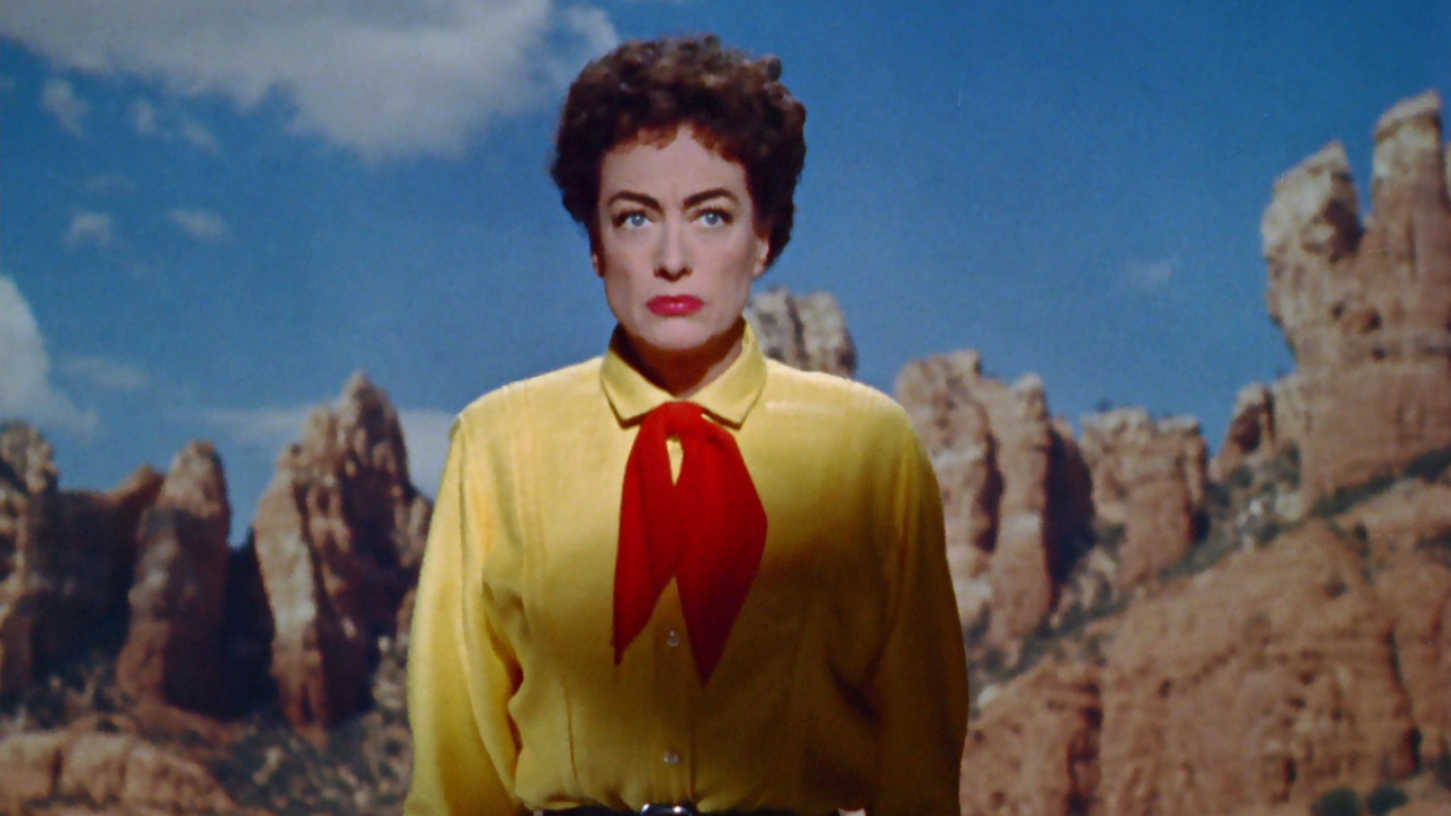 Johnny Guitar is no less remarkable, focusing on a land dispute between the wrathful Emma (Mercedes McCambridge) and saloon-keeper Vienna (Joan Crawford). Vienna fends off Emma and her local lynch mob with the help of mysterious ex-lover Johnny ‘Guitar’ Logan. Sterling Hayden, with his flaxen hair and romantic image, recalls Alan Ladd’s outlaw hero in Shane — except for the destabilizing presence of the women onscreen, who steal from Hayden any chance to be wholly heroic.

After all, it is Emma who relentlessly pursues Vienna to their final shoot-out, with men merely as onlookers. Crawford here is a beguiling mixture of pinched tenacity and tenderness, and her heroine is as flinty as she is broadly sympathetic. Nonetheless, the swirling mixture of emotional drama and phallic suggestion pitch the film at a level just shy of hysteria. Ray takes a wide swing at McCarthyism. The frenzy and bigotry of the witch-hunt era seems to account for much of the film’s mood. Johnny Guitar’s psychic intensity is so great that French critic and filmmaker Jacques Rivette referred to Ray’s “taste for paroxysm, which imparts something of the feverish to the most tranquil of moments.”

This feverishness further informs Nicholas Ray’s reputation as the great outsider artist of the studio system. A quintessential auteur, he meets the basic parameters of genre and then colors wildly outside the lines. Johnny Guitar defies the moniker of traditional Western but never neatly fits the constraints of political allegory, either.

Much of Ray’s more contemporary work is the same. Ostensibly honest accounts of post-war life are filtered through the director’s baroque, emotionalist eye. Yet his kinetic movement and stylistic excess can never quite be reconciled to the machinations of plot. A vast sense of social disruption and ennui haunt Ray’s films, often lingering beyond the closing moments. From the violent, doomed romanticism of In a Lonely Place to the unsettling portrait of domesticity and megalomania in Bigger than Life, Ray plucks away at the fabric of the Eisenhower era until its loose ends start to show. Rebel Without a Cause remains perhaps the greatest result of that endeavor — making the frayed edges all the more apparent.