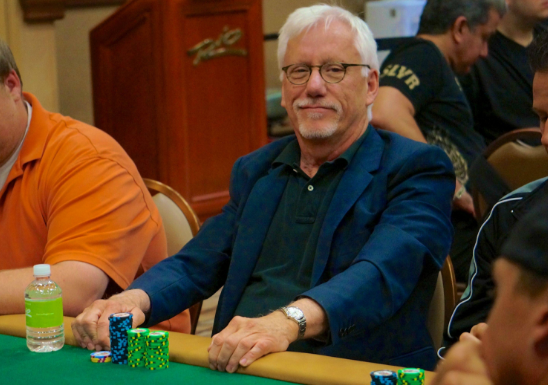 Many major actors and actresses in Hollywood have enjoyed the atmosphere of the casino over the years.  Casinos provide the perfect blend of glitz, glamour and high octane entertainment for the bankroll of a Hollywood star. Here are five of them.

One of the stars of 1995’s epic Martin Scorsese movie, Casino, Woods is an accomplished poker player. If anything, the game has surpassed his career now as you are more likely to see Woods at a Vegas casino than you are on a film set. A regular on the World Series Of Poker circuit, the Once Upon A Time In America actor is justified in staying at the casino tables as he has cashed in the WSOP several times, the largest of which was in 2015 when he banked $28,832. This, though, was $10,000 light on his biggest ever take, his 1996 $39,859 score. 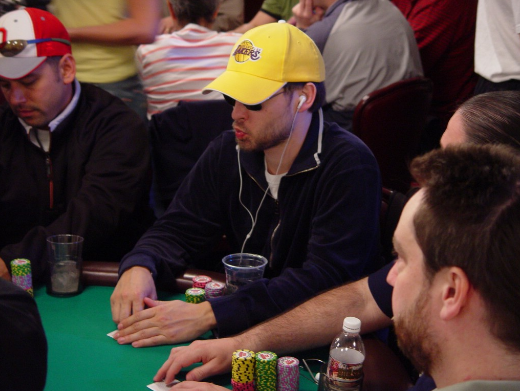 There is every reason to assume that, unofficially at least, one time Spiderman, Tobey Maguire is one of poker’s most successful players, winning huge sums, rumoured to be as much as $10m, in the underground games at LA’s Viper Rooms. Details of these illegal games were bought to light in 2014, when the games’ hostess, Molly Bloom, published her memoirs. Despite winning such enormous sums from the likes of Matt Damon and Leonardo DiCaprio, Maguire comes out of the of stories something of jerk. The book is currently being turned into a film for release in 2017 so we will be able to see then just how badly behaved he was but, according to the book, he was rude, bossy and, at one point, even ordered host Bloom to “bark like a seal who wants fish”. This, after he insisted that the games used his own card sorting machine, for which he charged rent. Still, he is a good player, if a poor tipper, and has cashed at the WSOP on several occasions, winning a best cash of $95,480. 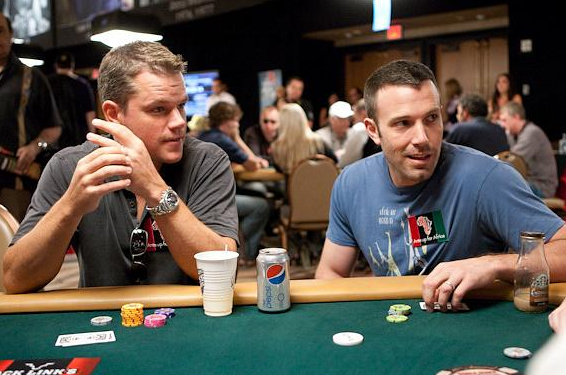 Ben Affleck is another famous Hollywood star who loves to gamble and has admitted to spending many hours and vast chunks of his fortune playing online poker. In fact, so deep did his obsession go, that it was rumoured to have cost him his marriage to Jennifer Garner. Affleck, pictured above with best friend Matt Damon, is a regular at the World Series of Poker and in 2004 won the Commerce Casino’s California State Poker Championship, which among its field of 90 other registered players, included many professional gamblers, while he has also placed in the 2005 World Poker Tour Championship. Together with Damon, the pair made the 1988 movie Rounders, which helped take poker main stream. His successes seem to differ according to whether he is playing live or online but, after undergoing coaching with of poker professionals Amir Vahedi and Annie Duke, the current Batman has some fairly decent live cashes, while the online poker sessions, due to their convenience, have cost him more than just his bankroll. 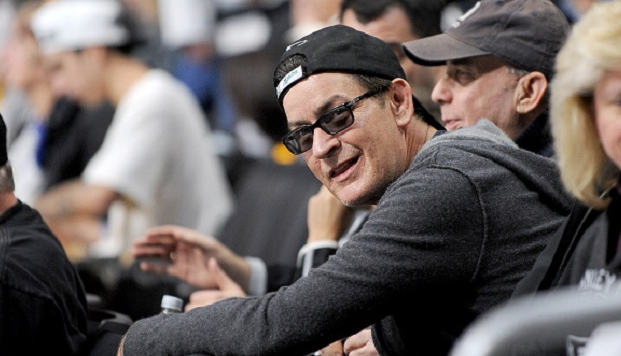 Another star of film and television that loves a gamble is Charlie Sheen, but then, there doesn’t seem to be a vice that Sheen doesn’t enjoy. An adrenaline fuelled gamer, more than skilled card player, Sheen loves gambling by way of a sports bet and became addicted to gambling in his youth. His ex-wife, Denise Richards once claimed that, in 2006, he blew nearly $200,000 a week on sports betting and casino gambling combined. True enough, the man himself claims to have made a losing million-dollar wager, prompting Sheen to announce to the world five years ago, that his gambling days behind him. 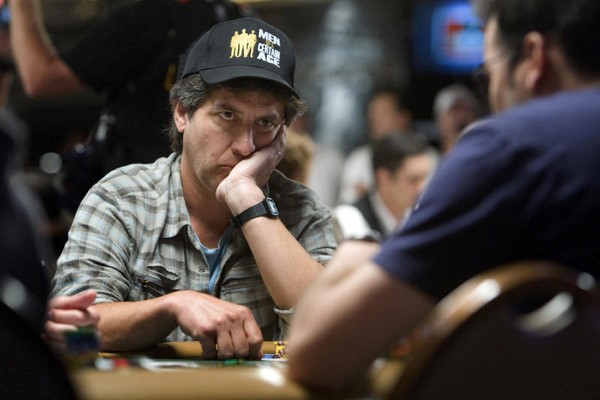 Last up is Ice Age star Ray Romano. Like his on-screen brother in Everybody Loves Raymond, Brad Garrett, Romano is a poker obsessive and a regular at the World Series Of Poker, featuring in nine years over all. His best performance came in 2013 when he made it to the third day of play and was the last celebrity standing by the time he fell. Despite the consistency of his appearances, he is still yet to come up with a cash at the WSOP. In fact, the last time he banked in a tourney was back in 2008. Keeping it in the family, the actor gave his son a $5,000 contribution towards his first WSOP Main Event buy-in as a 21st birthday present. Weirdly, Romano senior then publicly announced that he would buy a drink for the grinder that dealt the knockout blow to Romano JR. What a joker.

Some might find it surprising that some people would consider this a gift but, for poker fans, the WSOP Main Event is the biggest event of the year and costs a fortune for a buy-in. Unless, like Chris Moneymaker did in 2003, you win through by satellite. Not only did Moneymaker save cash by parachuting into the ME, he took down the whole event, became an instant millionaire and lit the fuse of the online poker boom. Online casinos and online poker rooms like PokerStars have really flourished over the years and, thanks to the convenience and cash they offer, it is easy to see why. 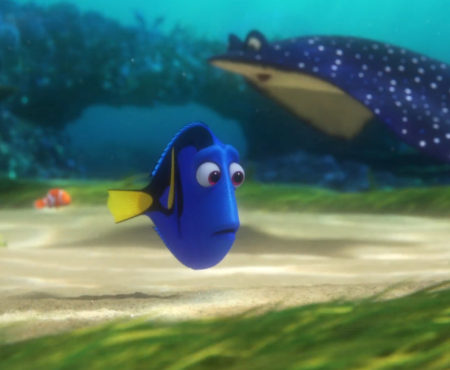