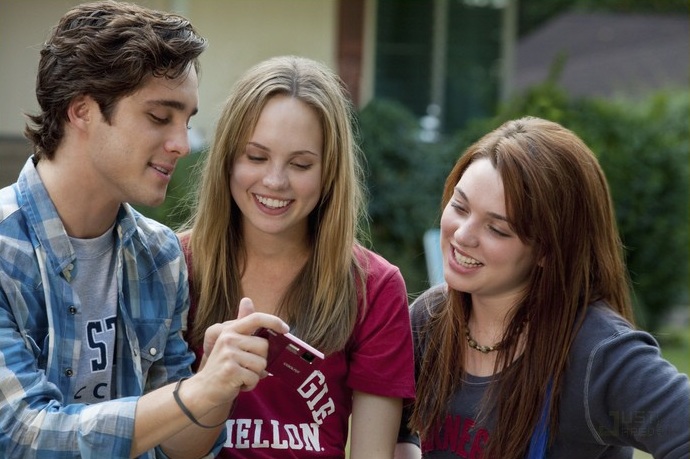 Big ups to my girl Stacey Brook for inspiring this week’s Movie Mettle: Shitty sequels to teen flicks. Brilliant, right? Because once you start to think about it, there are so many—and most of them are godawful. That’s not to comment on the source material! In fact, what makes this subgenre an even greater travesty is that the movies that preceded these sequels are, for the most part, pretty good. It’s only when the studio gets greedy and tries to squeeze more cash out of the brand that things get nasty.

It helps if you’ve seen the originals, but either way, here we go.

Warm-Up: I Still Know What You Did Last Summer

In addition to starring all the nubile young actors of the late ’90s, I Know What You Did Last Summer was also a horror flick. So it’s expected that there would be a number of sequels, which makes this a less offensive entry than the others on this list. Still, it’s contrived as all get-out. Just like Scream 2 (a much better horror sequel), it’s set in college, and they’ve replaced the perky white best friend with a sassy black one. And can we just pause and appreciate the fact that no one realizes that (spoiler) Will Benson is the son of the first movie’s murderer Ben Willis? I mean, come on, guys. Still, in relation it’s not so bad, even with yet another sequel called I’ll Always Know What You Did Last Summer.

Yes, let’s take the most memorable character from American Pie — Stifler, natch — and focus on his family for a direct-to-video sequel. No, let’s not bring back Seann William Scott at all! Some unknown kid can play Stifler’s younger brother, and audiences will love it. Not. At least Eugene Levy made an effort as Jim’s Dad.

Intermediate: The Prince & Me II: The Royal Wedding

My favorite way to express how lowly this sequel is is to point out that Julia Stiles ditched the burgeoning franchise after getting the guy in The Prince and Me, but her poor, less-famous love interest Luke Mably wasn’t so lucky. (Of course, by the time that The Prince & Me 3: A Royal Honeymoon rolled around, there were two new actors playing Paige and Edvard.) No amount of fancy lettering in the title can distract us from the fact that this sequel takes the perfectly interesting conflict from the original movie and twists it into an incomprehensible soap opera. Any ground that Stiles covered in her portrayal of a smart med student who won’t put her life on hold for a prince… gets trampled on here.

Expert: All of the Bring It On sequels

I’m lumping all four (yes, four) sequels to the wonderfully quotable cheerleader comedy into one entry because it’s not as if the studio differentiates between them. Each is just yet another attempt to capitalize on white girls in short skirts flying through the air and making “cheer” puns. Can you get a load of these titles? Bring It On Again. Bring It On: All or Nothing. Bring It On: In It to Win It. Bring It On: Fight to the Finish. Really there’s no reason to see these unless you want to challenge yourself not to turn off the TV in exasperation. Oh, and if you want to see Hayden Panettiere square off against Solange Knowles.

In fact, I just realized: Pitch Perfect should be the only sequel counted even though it’s entirely unrelated, because it did everything that these movies tried to.

NO NO WHY. It’s bad enough that Lindsay Lohan had to go and fuck up her life after Mean Girls was clearly her career peak. But for the studio to take Tina Fey’s characters and premise and warp it into a whole new adventure rehashing the same inane high-school intrigues without any of the charm or wit of the original… Gah. Tim Meadows’ involvement just makes it seem like he’s condoning this crazy idea. You have to read some of the reviews, which point out how batshit of an idea this was.