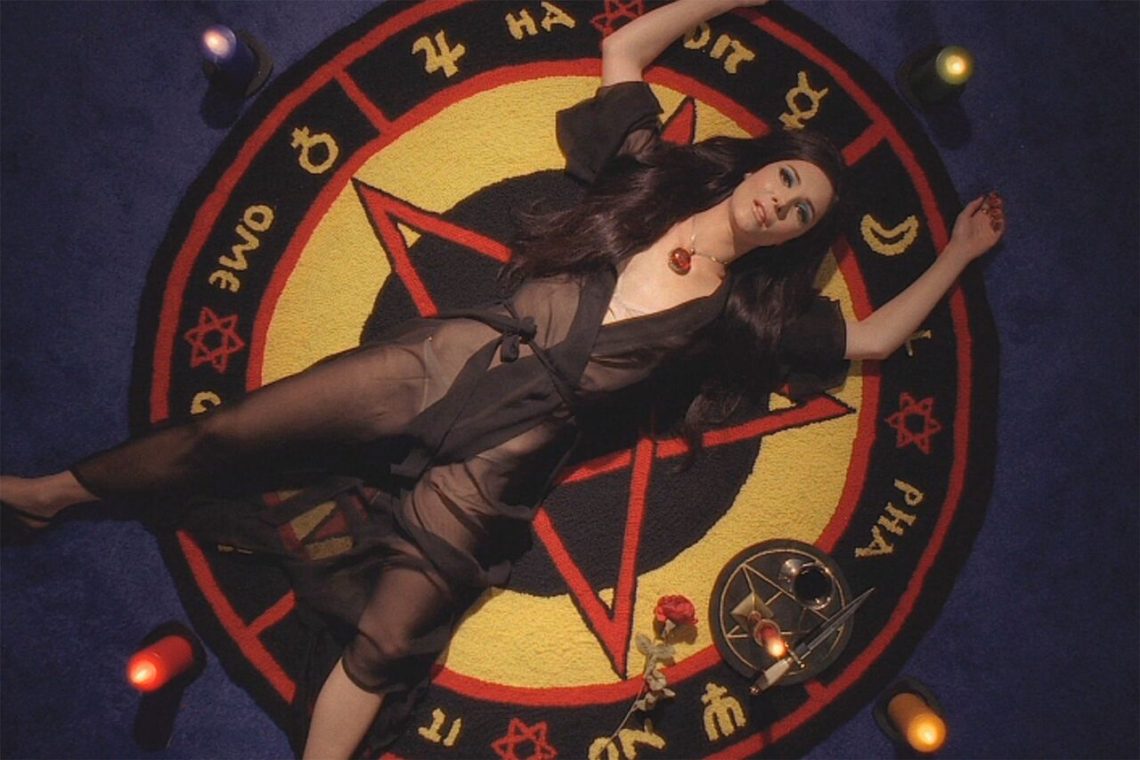 Emma Stefansky writes about the connections between Tony Scott's "The Hunger" and the new film "The Love Witch."

Sometimes a film will speak to another seemingly across time, as if instinctually aware of the other’s presence even separated as they are by years and years. When I first saw Anna Biller’s The Love Witch, I couldn’t shake a comparison forming sneakily in my head to Tony Scott’s 1983 debut feature The Hunger, a film seemingly disconnected from it in every way except for how eerily similar both protagonists are. The lead of The Love Witch, Elaine (Samantha Robinson), and one of the three main characters in The Hunger, Miriam (Catherine Deneuve), are analogues of one another, two creatures doomed in the exact same way: by their own lack of empathy in lives defined by their thirst for companionship.

Elaine, who calls herself a love witch, is a woman created completely from male fantasies. She is a constructed entity, with her sultry makeup, short skirts and sexy lingerie that requires multiple clipping and tying and fastening bits. It’s a ploy to make herself desirable, and it works, luring men to her with just a gaze or a soft handshake. She doesn’t even need the witchcraft to get men to fall for her, but she feels like she does, using her potions made from nightshade and rosemary and pulverized frogs as a placebo.

Similarly, The Hunger’s Miriam uses her appearance as bait, affecting an air of intense, unflappable cool that draws people inexorably to her. Consider the first time you see her in the nightclub, letting cigarette smoke curl from her lips, wearing sunglasses indoors while Bauhaus plays in the background. Where Elaine is all feminine, Miriam leans masculine, favoring tailored blazers with power shoulder pads and a gold brooch or two over short skirts and sheer fabrics.

The aesthetics of these films are strikingly feminine. The Love Witch is saturated with rich, pastel hues and extravagantly baroque sets that evoke a powerful aura of comfort geared toward women in specific. The Hunger’s main seduction is between two women independent of the men in their lives. Both films exhibit female fantasies from which men are absent unless they’re required. This angle distinguishes the violence in these films from that in other movies: Whereas men kill for power, women, driven to desperation, kill for love. 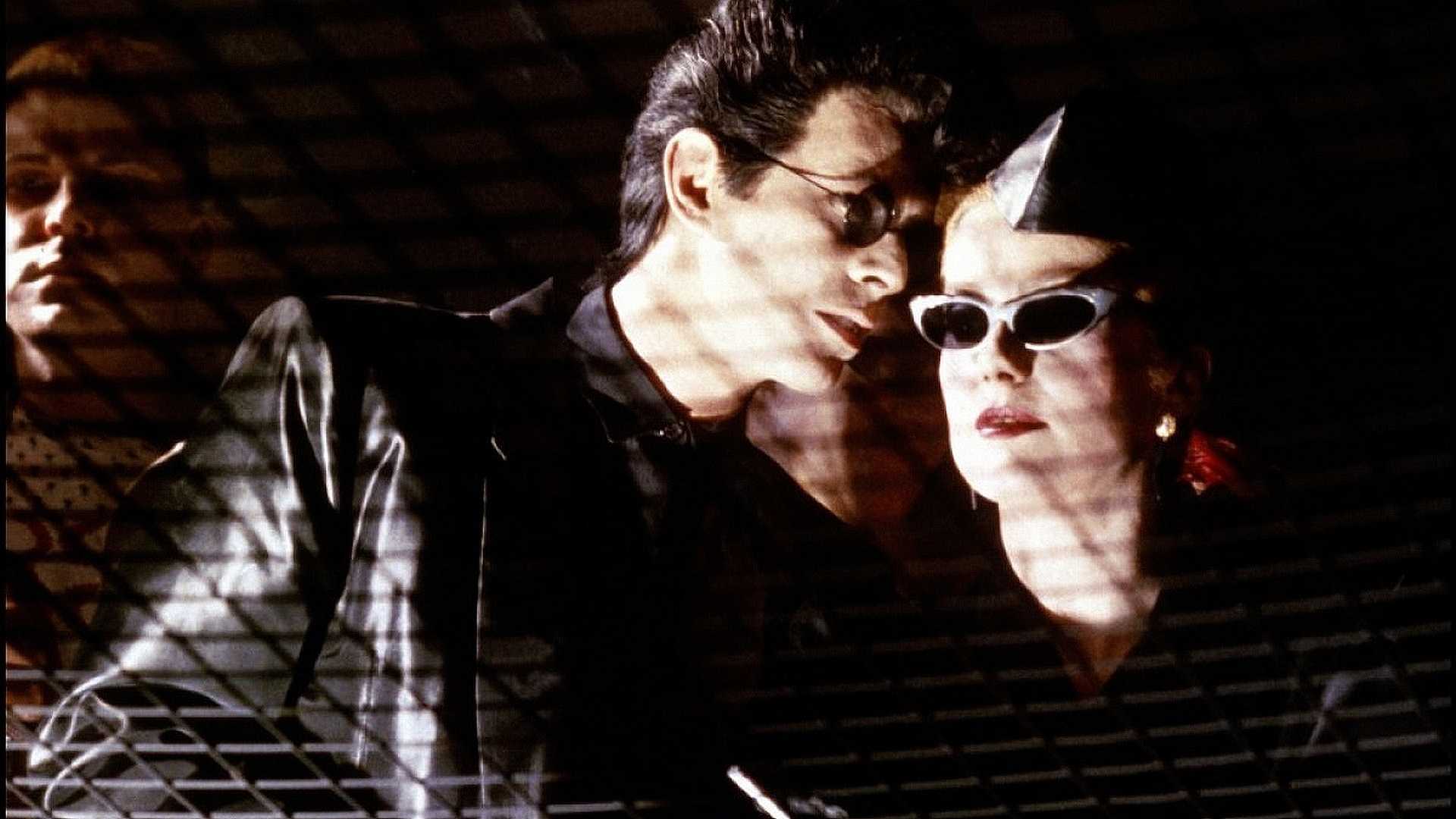 The simplest thing that ties these two characters together is how their attempts at love never fail to be disastrous. This is due not to their inability to find “the one,” but to their inability to see the value in the relationships they do possess, obsessed with the need to move on to someone else. In The Hunger, this is a necessity, as Miriam only has a limited time with each lover she converts, but in The Love Witch, Elaine’s own mental state compels her to the same destructive tendencies. Biller had narcissistic personality disorder in mind when she built the character of Elaine, and Miriam exhibits those same symptoms even if any suggestion of mental illness isn’t explicitly exemplified in Scott’s film. Instead of empathy, Elaine displays an inflated sense of self-importance and a deep need to feel desired and appreciated. Miriam’s mental condition is similar, although she’s lived long enough for feelings of abandonment not to be necessary. She has affection for her companions, but it’s much more like that found between an owner and her pet.

Miriam’s only desire is for companionship. An eternity as a sexy, broody vampire has got to be a lonely life, so why not spend the long centuries finding joy in lover after lover? Even if those lovers end up doomed to an infinity of living mummification, entombed in coffins in the basement of an expensive apartment on the fashionable side of New York City. It’s this selfish urge that drives Miriam, keeping her from feeling too much remorse when her previous companion John’s (David Bowie) body fails him and he ages beyond recognition. She’s gone through all this before, and she’ll go through it again, having lived long enough to learn not to dwell on things she can’t change. It’s tragic that John’s time is over, but she knows she’ll find someone else soon enough.

Much as Miriam collects her lovers entombed in her basement, Elaine keeps all of her former affairs close by in the form of photographs on a chest of drawers. Elaine says she wants love—the mutual attraction and affection between two parties—but what she really wants is for everyone to love her. She flits from man to man, desperate to find her prince and constantly dissatisfied with her results, rolling her eyes as men become little more than weeping infants under her spell. When the men she fancies can’t handle the strength of her love potions, she becomes bored at their mewling and quickly moves on to someone else. If you love Elaine, you’re toast. If you don’t love her, you’re equally as doomed. Both of these women stalk their prey, obsessed with finding something better, with no regard to those they leave behind or those who will fall for their charms in the future.

It’s no mistake that the characters of both of these movies embody the two supernatural beings traditionally equated with illicit acts and repressed sexuality. Legends of witches were born from men’s fear of women’s sexual power over them; and vampires, at least in our post-Dracula era, are symbols of carnal power unleashed. That both of these movies contain scenes of artful eroticism is also no mistake. Is there a reason to fear witches? There’s certainly a reason to fear vampires, as in most interpretations they can’t survive without drinking human blood. The Love Witch does address the different kinds of witches: the good ones who commit no ill will towards others, and the black-magic ones who use their powers for manipulation and murder. Elaine sees herself as the former, but it’s clear from the outset that, because of her inability to think of anyone but herself, she will quickly become the latter. 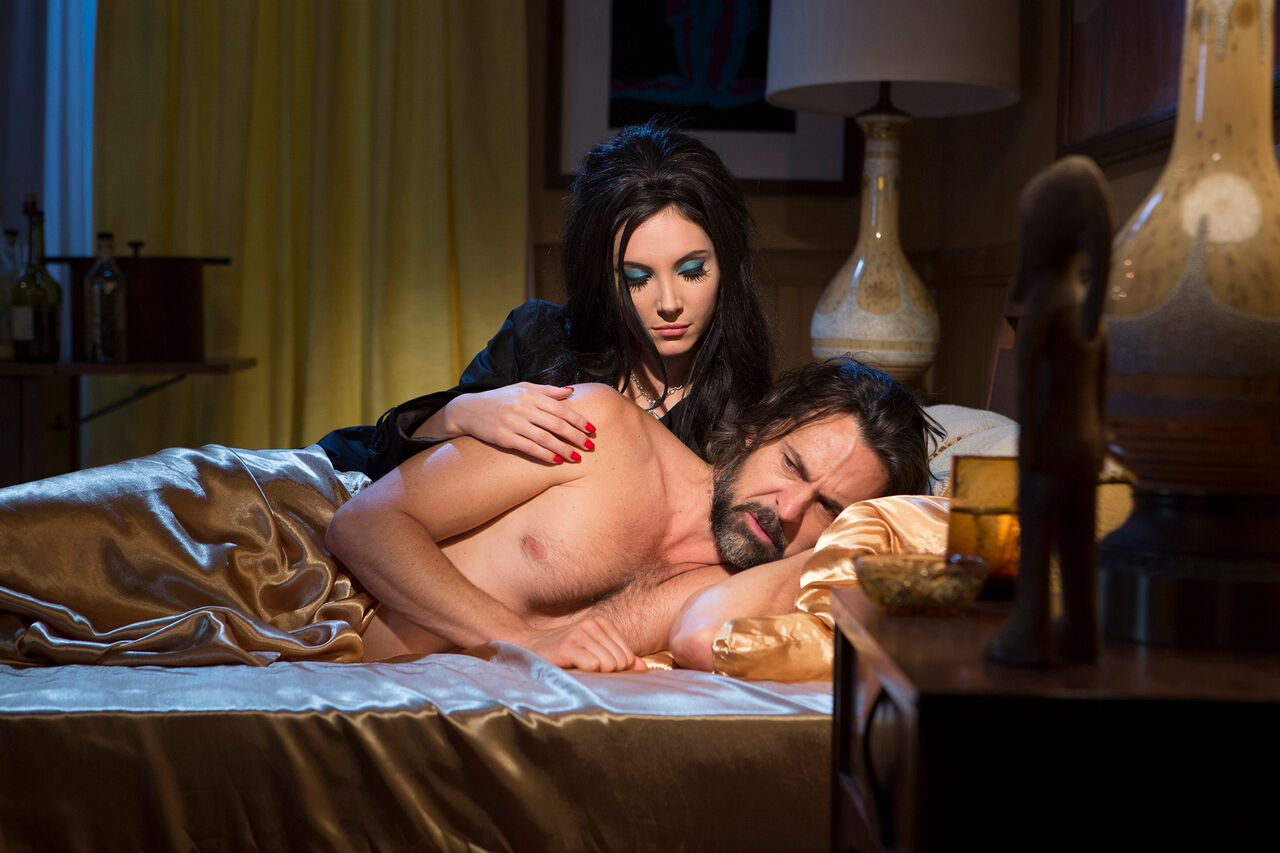 In one scene, Elaine asks her friend’s husband, Richard (Robert Seeley), “What is your ultimate fantasy?” He replies with a hypermasculine daydream he claims his own wife thinks is silly, before Elaine removes her clothes and begins to dance for him. Your ultimate fantasy is supposed to be me, she’s saying. She hardly cares about his feelings and his dreams, unless she is at the forefront of them. Likewise, Miriam seduces Sarah (Susan Sarandon), her newest fascination, with no regard to how her target may feel about becoming a vampire, and she’s shocked when Sarah rejects her and her promises of immortality.

Both of these women contain within themselves a visceral, almost animalistic desperation. “Love me. Love me. Love me,” Elaine pleads to the universe as she casts a love spell at the beginning of the film, lying prone on her lush pentacle carpet after drinking her latest potion. The way Robinson articulates the line, she sounds almost on the edge of tears. At the end of The Hunger, confronted by all of the lost souls she has doomed to an eternity of miserable old age, Miriam screams, “Stay with me! I love you! I love you all!” even as they push her over the edge of her staircase and she begins the rapid-aging transformation to which she had subjected them.

At the end of both films, one gets the sense that the story is not over, that these stories will continue for a long time afterwards. Miriam is still alive but trapped in her coffin, calling weakly to Sarah as she stands on her balcony. Elaine has come full circle: She skipped town because she killed a man who didn’t love her anymore, and once she was settled in her new place and searching desperately for “real love,” the one man she thinks is worth it pooh-poohs the emotion in all forms, leaving her with only one logical option: to kill him.

In many ways, the ending of The Hunger is a much more optimistic one: Sarah has won, defeated the monster and lived to see another day, even though she’s become the keeper of the one who tried to destroy her in the first place. Elaine, on the other hand, has become the monster she always insisted she wasn’t, has accepted her role of murderous black-magic witch that all the townspeople accused her of being. The Love Witch’s message is simple: Forcing yourself into a mold of a fetishized fantasy won’t make you happy. Likewise, in The Hunger, refusing to atone for the path of destruction you wreak upon others in your search for companionship will ultimately be your end. Feminine power is a heady potion and love is an unpredictable, dangerous thing, and if you have too much of one or the other, you’re lucky if you get out alive.