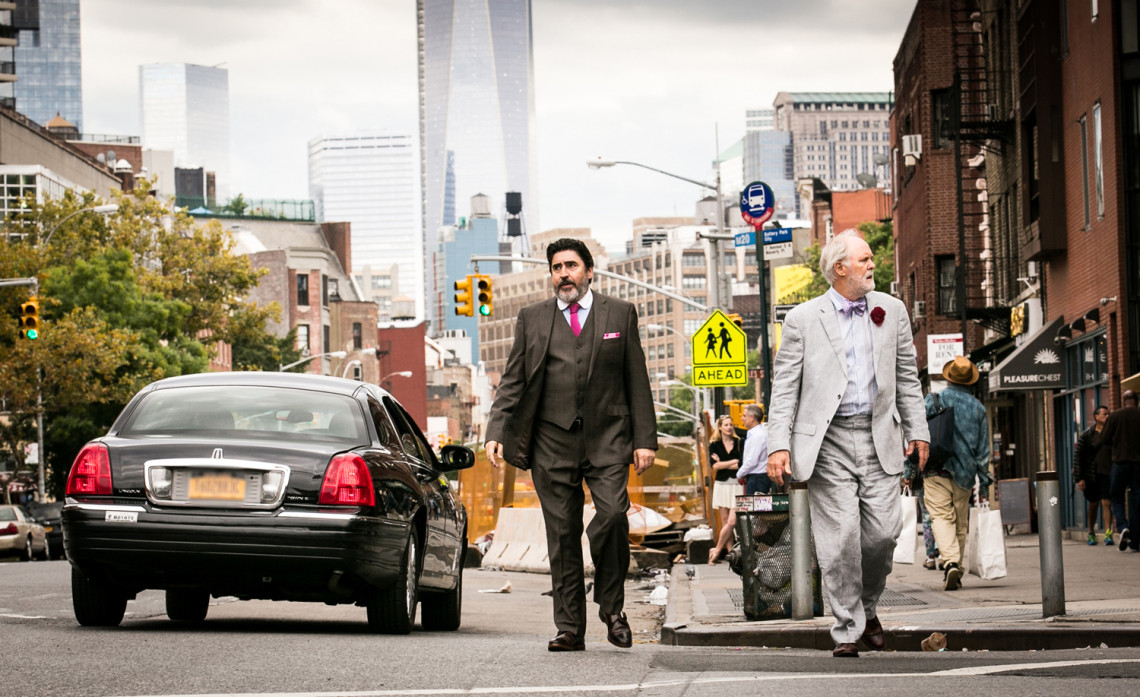 Ira Sachs’s new film Love is Strange opens with Ben and George being asked if their decision to marry is of their own free will. They, of course, say yes. And almost immediately after that, they are hurled into circumstances that are beyond their control, precisely because of that decision. Already, the movie lives up to its title.

Ben and George (played exquisitely by John Lithgow and Alfred Molina) have been together for so long — taking 39 years after first meeting to marry — that they have their entire relationship figured out. So in sync they are with each other that there’s practically no chance of them breaking up. That is, unless, it’s the world around them that proves to be difficult to adapt to. Upon hearing of his marriage, the Catholic private school that’s employed George for twelve years unexpectedly fires him. Unable to afford their nice New York apartment, the newlyweds are forced to separate until they can find both an affordable apartment and a new job for George. Now, Ben lives with his nephew’s family, while George is couching with a younger gay couple.

The film proceeds as a series of simple, quietly observant scenes. Sachs chooses to linger on the smallest of moments, creating a slow, steady rhythm. We truly feel that slowness because every second these two are apart and then together is now more important than ever. And yet, the film is never boring. Sachs finds drama in silence, and makes the mundane rich with humanity. It also helps that Love is Strange is rather funny in that sweet, gentle kind of way. Scenes that don’t sound all that funny on paper, like Ben continuously interrupting his niece (Marisa Tomei) while she’s working, are made more humorous thanks to the charisma of the actors and the tenderly-observed relatability in Sachs’s and co-writer Mauricio Zacharias’s script.

When Ben and George are together, the chemistry between Molina and Lithgow is warm, rich, and unmistakable. You could see those 39 years of experience just in their cursory glances towards each other, and their dialogue feels effortless. It’s almost a shame that the two aren’t on screen as much as they could. Thankfully, the rest of the cast is able to pick up the slack, with special mention to Tomei being reliable as ever, and young actor Charlie Tahan impressing with his injecting of humanity into what could have been a frustratingly unlikable character.

A lot of the film is so beautifully handled that you don’t notice the script’s problems until much later. Pretty much every subplot is left hanging loose by the film’s end, sometimes to positive effect, most notably in the case of George still wrestling with his still-present Catholicism. Most times, however, it feels as if Sachs has outright pushed the rest of his characters to the side, the most egregious example being how Tomei and her husband are forgotten entirely, their last scene together being an argument over the dinner table, never to be resolved. And while the entirety of the film very realistically depicts the hurdles of finding a place to live in New York, the eventual solution Sachs and Zacharias come up with is near the level of deus ex machina.

Yet what works about Love is Strange works so well that you either don’t notice it as you’re watching or are made up for by the its heart and elegant direction. The film can be seen as a richly observed portrait of different kinds of love: same-sex, long-term, long-distance, generational, familial. But beyond all those classical distinctions, it’s a richly observed portrait of love at its most universal, and how it touches us in all those facets. And having not seen any of Ira Sachs’s prior films, I can’t wait to see more from him, either from his established filmography or from whatever he does next.